8 goals for Indianapolis Colts to make 2022 a massive success

The upcoming season for the Indianapolis Colts is filled with a lot of excitement and optimism. The feeling hasn’t been this strong since Andrew Luck was quarterbacking the team. However, since that time the team has had some rocky seasons. While the outlook for the upcoming year is bright and rosy there are a few things that must happen regardless of how it turns out.

These are the Top 8 Must-Haves for the Indianapolis Colts in 2022.

It’s no secret that the Colts have struggled in Jacksonville. Indianapolis has not won down there since 2014. Philip Rivers’ first game as a Colt was a loss in Jacksonville. That loss was Jacksonville’s only win on the season. It also cost the Colts an AFC South title and a home playoff game.

Last season they just needed to beat Jacksonville and they’d be in the playoffs. Instead, the team crapped the bed and missed the playoffs. It also cost Carson Wentz his job too. It subsequently adds some more warmth to head coach Frank Reich’s seat as well.

Well in order for Indy to go 2-0 they’ll need to take care of the previously mentioned goal. The Indianapolis Colts open the season playing division foes Houston and Jacksonville. Yes, the team needs to go 1-0 first before they can go 2-0. And it’s been nine years since started the year with a victory. 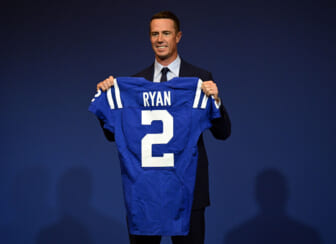 Luck quarterbacked the team to an 11-5 record, an AFC South division title, and a playoff loss in the Divisional Round to New England. However, it’s been 13 years since they went 2-0. Some guy named Peyton Manning was leading the team then. That year they actually went 14-0 before general manager Bill Polian stopped any run at a perfect season. That team made it to Manning’s second Super Bowl where they, unfortunately, lost to New Orleans. It’s time the team gets back to its winning and dominant ways.

If the team follows this blueprint then they’ll be well on their way to winning the division. As it currently stands the AFC South sets up well for the Colts to take it. Houston looks like they could be the worst team in the NFL. Jacksonville is expected to be better but still not a team that will have a winning record. And Tennessee shipped out their best wide receiver and arguably most dynamic player.

As of right now, their top two receivers are rookie Treylon Burks and a still recovering from injury Robert Woods. Their head coach is adept at getting the most out of his team and players. So, they still could be a thorn in the Indianapolis Colts’ side. However, Indy should be able to win the division as they have the most talent on their roster.

Get to the playoffs and actually win some games

The surest way to make the playoffs is to win the division. So, if the Colts win the AFC South, which it’s not unreasonable to think they can go 5-1 or 6-0, then they’ll be in the playoffs and hosting a playoff game. Something owner Jim Irsay would really really love to do.

Making the playoffs is great and something that has only happened twice during this current regime. Something that would be even better is winning a playoff game. Under this administration, the team is 1-2 in the playoffs. Andrew Luck led the team to its last playoff victory. So, getting in is nice but winning a game is even better. Again this is a franchise and fanbase that grew accustomed to being a perennial playoff team and getting wins in January.

It’s been three years since the Colts last had a player record double-digit sacks in a season. Justin Houston did it in 2019 with 11 sacks. Again this is a fanbase that got accustomed to Dwight Freeney and Robert Mathis wreaking havoc on opposing quarterbacks.

Last year the team expected (or hoped) that rookie Kwitty Paye would be an instant pass-rushing terror. They got it wrong. Which unfortunately allowed opponents to double and triple team DeForest Buckner. So, this offseason they acquired Yannick Ngakoue to remedy the situation. The expectation is that Ngakoue will lead the team in sacks. That very well may be true. 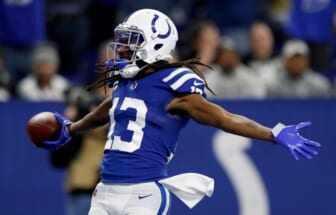 However, don’t sleep on Buckner getting back to his normal level of play or possibly having a career year. Also, there is the expectation that Paye will take a second-year jump. Especially since more attention will be paid to the aforementioned Buckner and Ngakoue.

The bottom line, is the Colts need someone that will provide constant and consistent pressure on the quarterback and get the defense off the field on third downs. That was an issue last season. It can’t be an issue again this season.

Zach Pascal was a great story. A hard-working player who continuously got better and earned himself an important role on the team. Then last season happened and the glaring need of needing a play-making wide receiver was made worse. Michael Pittman, Jr. is the team’s top receiver. He’s a stud and the guy Wentz most frequently looked at and went to. However, opposing teams knew this and it impacted the Colts’ passing ability.

So in this past draft, they selected Alec Pierce out of Cincinnati. The initial thought is he’ll be starting opposite of MPJ. Not so fast my friend. Parris Campbell started opposite MPJ on the first day of minicamp. Campbell is a bit on the hot seat. It’s not his fault he’s been injured. It’s not like he can control when they’ll happen. However, that doesn’t help the Colts. Pittman will receive opposing teams’ top corner and possibly additional coverage.

Someone on this team needs to rise to the occasion and be Matt Ryan’s reliable second option. Whether it’s the aforementioned Campbell or Pierce, fellow rookie Jelani Woods or even Mo Allie-Cox. Maybe Nyheim Hines’ abilities and talent are finally unlocked. Or maybe the team re-signs TY Hilton. This team needs to have the presence of a reliable and consistent second receiving option behind Pittman.

Develop a tackle to watch Matt Ryan’s back

Arguably the most important position or player to a right-handed quarterback is the team’s left tackle. Anthony Castonzo retired a couple of years ago. The team was surprisingly unprepared for this move so they signed Eric Fisher who was recovering from injury. Unfortunately, Fisher’s play was inconsistent and it’s fair to wonder if he and/or the team might have rushed him back a bit early.

During this year’s free agency, they signed no one and then selected Bernhard Raimann, out of Central Michigan, in the third round. Matt Pryor who the team acquired via trade last year is projected to be the starter at left tackle. The team’s plan is that Raimann will be this year’s swing tackle. That is of course if Raimann doesn’t win the starting job outright. In which case Pryor would be the swing tackle. 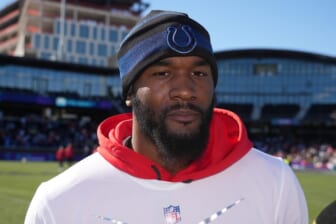 Regardless of which one of these guys wins the job, the bottom line is they need to show that they can be a consistent and reliable starter. Ryan is smart enough to be able to read coverages both pre and post-snap and get the team into the best position to succeed. The offensive line and left tackle need to provide him with a consistently clean pocket in which to operate.