The rumor winds have been swirling in the direction of the Indiana Pacers being the landing spot for restricted free agent Deandre Ayton. Well, the speculation was true and the first overall pick in the 2018 NBA draft has come to terms on a historic offer sheet with the team.

On Thursday, ESPN NBA insider Adrian Wojnarowski broke the news that the Phoenix Suns star had landed the nine-figure max contract he was in search of this summer.

Ayton was one of the biggest names left on the free agent market. However, the teams interested in giving him the sort of money he was looking for seemed to dwindle in recent weeks. Not to mention, the Suns reportedly had no intention of giving him the five-year max deal he was eligible for. It limited Ayton’s leverage in shopping his services around. In the end, the Pacers decided to deal out the sort of money that is rare by their standards for a four-year veteran who has yet to make an All-Star game.

What the Deandre Ayton news means for the Indiana Pacers

With the addition of Ayton, the Pacers have a core of young players and former first-round picks that are rich in potential and should give them to chance to contend for a playoff spot in 2022-2023. On paper, a rotation that includes Ayton, Tyrese Haliburton, and 2022 top pick Bennedict Mathurin is something Indy fans can rally around and have long-term hope about.

However, there is the question of what the team does with incumbent starting center Myles Turner. Obviously, with Ayton on the roster, it hurts their leverage a bit in long-rumored trades — since they have to move him now. But the market for his services is solid and they should be able to get a solid return. The Los Angeles Lakers are rumored to be a team very much interested in acquiring both Turner and forward Buddy Hield. 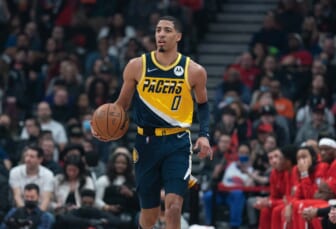 Will the Phoenix Suns match the Pacers offer sheet?

As for the Phoenix Suns, they are in a difficult position. While it would have been tough to pull off a deal — due to designated player rules — using Ayton in a rumored trade for Nets superstar Kevin Durant this summer is officially off the table. They also can’t work out a sign-and-trade for a solid replacement like Turner since the offer sheet has been signed.

The signing puts the Suns in a frustrating spot where they may end up taking a step back next season or give up something of value in a trade to replace their former center. Just so they can maintain their level of competitive play but are still far from a serious championship contender.

However, there is the possibility they could go back on their previous strategy and decide to match the offer. And seems like that is likely now. Wojnarowski added immediately after the trade “the expectation remains that Phoenix will match the record-$133M offer sheet once it’s signed, sources tell ESPN.” 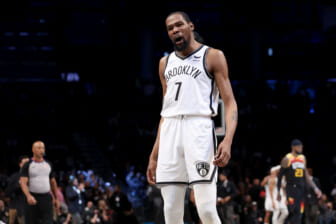 If Phoenix does bring Ayton back but then tries to move him in a trade, they can’t do so until after January 15. Plus, the NBA insider added the caveat that Ayton would have “veto power” on any trade for a full year after signing the deal. The Suns have a very interesting decision to make in the next 48 hours.