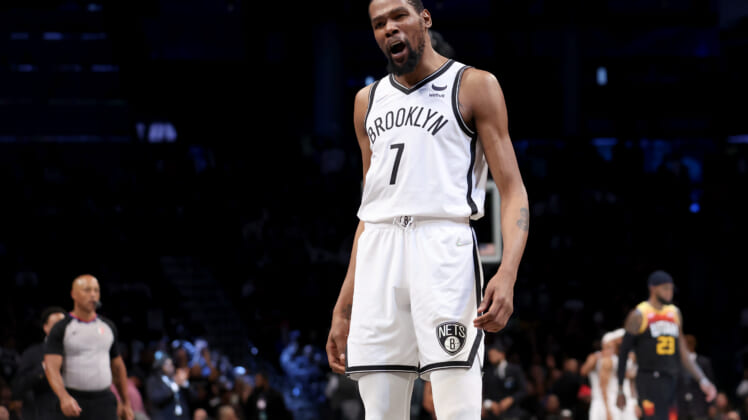 It looks like a possible Kevin Durant trade between the Brooklyn Nets and Phoenix Suns is nowhere near happening because the New York squad simply is not interested in what the Suns have offered so far for the superstar scorer.

When Durant officially requested a trade from the Nets last week, it shook the NBA to its very core. When healthy, the one-time league MVP is seen as arguably the best basketball player on the planet. He is that damn good and is a talent any organization in the league would love to have. However, the 33-year-old isn’t necessarily interested in going anywhere just to get out of Brooklyn.

While Durant has little leverage in deciding his trade destination, the belief around the NBA is that the 12-time All-Star prefers to end up in Phoenix to play alongside future Hall-of-Famer Chris Paul and young superstar Devin Booker. The Nets are looking to land a massive haul in any trade and new reports claim that the Suns haven’t even scratched the surface of meeting Brooklyn’s asking price.

During a Wednesday edition of NBA Today, ESPN NBA insider Brian Windhorst reported that a deal between the two teams has not gotten any closer because the Nets aren’t “thrilled” with what the Suns have suggested in a possible trade.

While the Suns have all of their first-round picks in upcoming years, they don’t have the extra selections that might be desirable to Brooklyn. Plus, the Nets are limited in certain players they might be able to take on in any trade due to the designated rookie rule and Ben Simmons already being the one allowed the player a team can have under that bylaw. Meaning a putting restricted free agent Deandre Ayton in a deal is tricky.