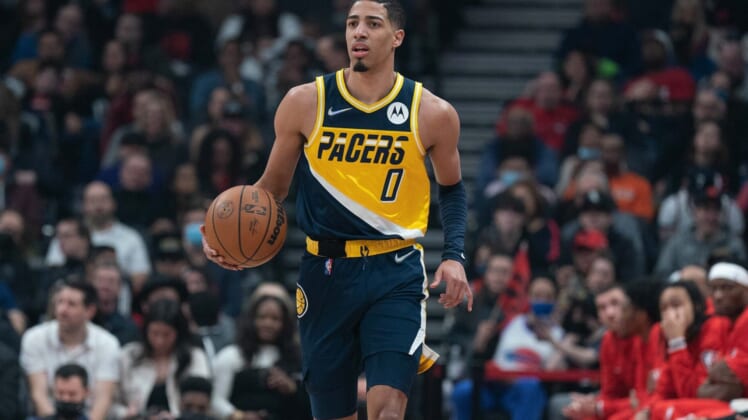 The Indiana Pacers are currently reloading their team. They have already started building a new core of players that they expect will get them back to the playoffs and their winning ways. Tyrese Haliburton is the main piece with whom the Pacers are building around. They have started surrounding Haliburton with a bunch of other young players. The Pacers’ idea is that the team will be able to grow and develop all at the same time.

A downside is that if all these young players hit their potential and ceiling the organization may have to make some hard financial decisions on who they prioritize is worth keeping for the long haul. For example, if players like Chris Duarte, Bennedict Mathurin, Jalen Smith, and Isaiah Jackson all hit their ceilings they could all be asking for max money. Let’s also add in an appropriate raise or raises for Haliburton and now the Pacers are staring at a dilemma of who to keep. More specifically who can they afford?

Having too much talent is a good problem to have. Regardless, that is a problem and a conversation for a later day. I mean we know that not every draft pick or player works out the way we want and hope. But this does bring up an interesting point. The Indiana Pacers currently have three players that they drafted in the lottery within the past seven years on their roster. If you look at the number of lottery players this roster currently is comprised of you’ll see that number rises to seven. 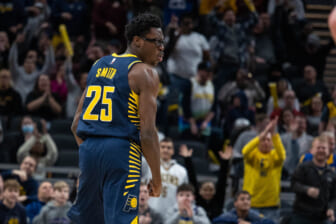 If Deandre Ayton is acquired, depending on how he’s acquired, the Pacers could have eight lottery-drafted players in the past seven years. Or they’ll still have seven or maybe less. Regardless, you will be hard-pressed to find another team who has a collection of this number of successful lottery picks. Add in Ayton and the Pacers will have five drafted lottery picks in the past four years.

Who could be the next Pacers lottery pick?

We also need to mention that the Indiana Pacers are projected to have their own lottery pick in the 2023 NBA draft. And depending on how Cleveland does this upcoming season, the Pacers could have another lottery pick too. So, again, this team is going to be loaded with young up-and-coming talent. And for those interested in the top players the ‘23 draft class is headlined by 7-foot-3 Victor Wembanyama who is drawing comparisons to Kristaps Porzingis or a faster Rik Smits.

Another name currently being linked to the Pacers is the point guard from Arkansas, Anthony Black. He’s 6-foot-7 and drawing comparisons to Josh Giddey. If Black joined the Pacers it would give the team one of the biggest starting lineups in the NBA. Ultimately, it’s interesting that the Indiana Pacers have this many drafted lottery picks. However, it means that this team should be a formidable team in the next couple of years. That is, of course, if they have acquired the right players and developed them well so they can reach their full potential.