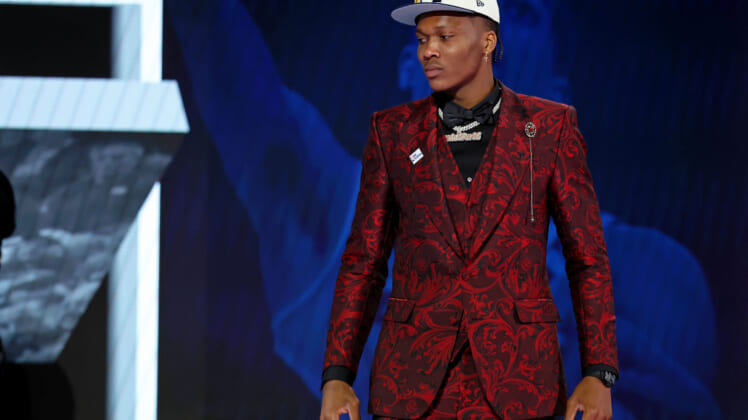 An assistant coach for the Indiana Pacers believes that their top pick in the 2022 NBA draft, Bennedict Mathurin, has a skill set that is reminiscent of NBA and Miami Heat great Dwyane Wade.

In June, the Pacers took Mathurin with the sixth pick overall in this year’s draft. Passing on talented prospects like Dyson Daniels, Shaedon Sharpe, and Jalen Duren. Mathurin was a player with a lot of buzz heading into the June event and there is a great deal of hope for what he can bring to the Pacers in 2022-2023.

During this year’s NBA summer league the former PAC-12 player of the year has already shown flashes of his high potential when he scored 23 points in his debut during a 96-84 win over the Charlotte Hornets.

Indiana Pacers may have the next Dwyane Wade

With the team recently trading veteran guard Malcolm Brogdon to the Boston Celtics, Mathurin is sure to have even more opportunities next season. Yet, Mathurin is not similar in style to Brogdon. Ronald Nored, one of the team’s assistants, sees something different in the star from Arizona. He sees a set of abilities akin to one of the best players to play in the league over the last 30 years, and a former opponent in Dwyane Wade.

“Not saying he’s him or he’s going to be him … Just with his body and his physicality and his ability to use that to his strengths, it reminds me of when Dwyane Wade used to kick my butt,” Nored recently told Pacers beat writer James Boyd. 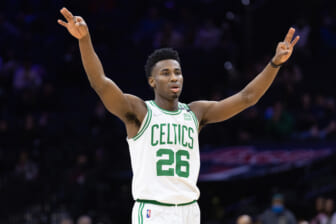 Also Read:
Evaluating how Aaron Nesmith fits the Indiana Pacers, potential role in 2022 and beyond

Wade was voted as one of the 75 greatest players in NBA history earlier this year. The three-time NBA champion was also a 13-time All-Star during his 17-year career. If Mathruin can be half as good as Wade, Pacers fans would be thrilled.