How To Watch the F1 Aramco US Grand Prix Live 2022 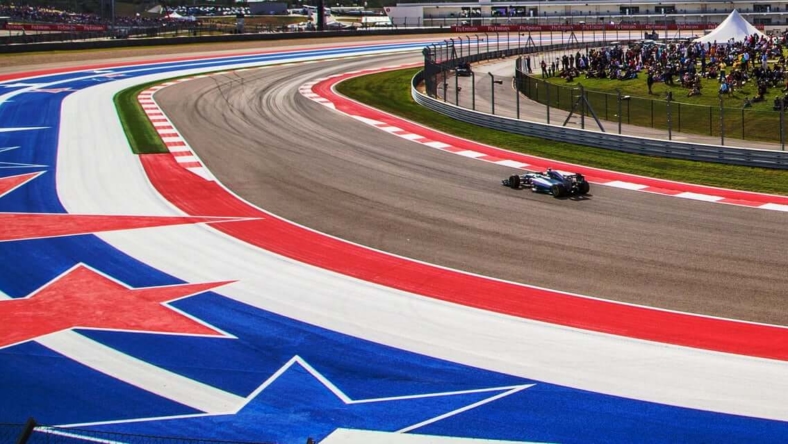 The 2022 Formula 1 Aramco United States Grand Prix weekend begins with practice on Friday, Oct. 21 and ends with the official race on Sunday, Oct. 23.

The average number of American viewers to a grand prix has more than doubled in the past several years. Some are even calling it “The Second American Revolution” due to the fact that American enjoyment of Formula 1 is currently at an all-time high — and it isn’t slowing down. The United States is set to host three races in 2023, which means that attendance and viewership will only go up in the next year.

Now is the time to get into motor racing. Circuit of the Americas is hosting this year’s Formula 1 U.S. Grand Prix, but if you are an American motor facing fan who doesn’t live in Texas, you can watch the grand prix on a few different streaming services.

Where can you stream the F1 Aramco U.S. Grand Prix?

Are you looking for an affordable streaming service to watch the Formula 1 U.S. Grand Prix this weekend? Sling TV is the perfect streaming service for you. You can watch the grand prix for only $40 a month on the ESPN channel, which is included in the Sling Orange plan.

The Formula 1 U.S. Grand Prix is a must-watch, as it only occurs once a year. Sling TV is your best and cheapest option for streaming this race.

Hulu + Live TV offers two plans — both of which include 75+ channels. Additionally, both plans give you free access to Disney Plus and ESPN Plus. The only difference between the two plans is that one is $6 to stream with no ads. You are able to watch the Formula 1 U.S. Grand Prix on ESPN with Hulu + Live TV.

DIRECTV STREAM offers several different plans depending on your price point and channel desires. For $69.99 a month, the Entertainment plan provides 75+ channels. Included in the Entertainment plan is ESPN, which is how you can watch the grand prix this weekend. DIRECTV STREAM also offers a five-day free trial with the option to cancel your monthly plan whenever you like.

YouTube TV makes it easy with one simple plan. For $64.99 per month, you get access to 85+ channels on this service. Included in these channels is ESPN, which is how you will watch the Formula 1 U.S. Grand Prix this Sunday. For a limited time only, YouTube TV is offering a six-day free trial. This means that if you sign up now, you can watch the grand prix for free.

All times are in ET.