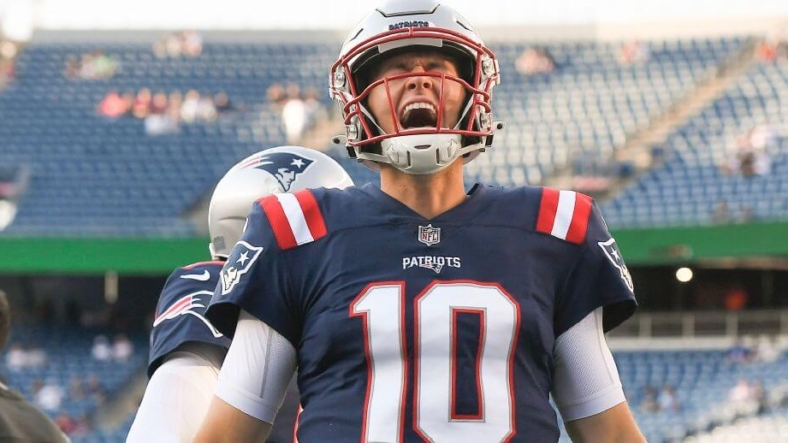 The New England Patriots are in a new chapter of their franchise. Tom Brady is three years separated from the team and the rookie Pro Bowl quarterback Mac Jones looks to be the next franchise QB in New England. The Patriots had little to no cap space to work with this offseason due to their spending ventures in 2021 free agency and lost All-Pro cornerback JC Jackson (signed with Chargers). Nevertheless, they believe the core players on the roster will provide everything they need to make another run at the AFC East title.

If you’re looking to stream the New England Patriots games this season, you’ve come to the right spot. Each streaming service offers networks like Fox, CBS, NBC, ESPN, and NFL Network, so you can watch a variety of games on NFL Sunday. Let’s break down some of the best options:

Where can you stream almost all of the New England Patriots games?

Sling TV has some of the best affordable live TV plans to watch the Patriots this season. With access to local Fox and NBC channels, you can’t go wrong. You’ll also get 50% off your first month with Sling for a limited time!

They offer an Orange plan and Blue plan for $35 per month each or you can combine the two for just $50 per month. If you only want to stream Patriots games, the Sling Blue plan will be the better option but the Sling Orange & Blue package provides premier sports fans with more than just football content. Sling TV has a ton of channels in its offerings with networks like ESPN, NFL, NBA, and all the local channels. It really comes down to what you’re looking to stream.

Hulu + Live TV will get you access to tons of NFL content, including Patriots games with over 75 live TV channels. They also have an entire on-demand library of movies, shows, and originals for $69.99 per month. If you prefer to skip ads, you can upgrade your plan for $75.99 per month. With a wide range of supported streaming devices and unlimited DVR, Hulu + Live TV has got you covered. The best part — at least to us — is that Hulu + Live TV now comes with free access to ESPN Plus and Disney Plus. When game day is over, you can stream tons of movies and TV shows, making your off days just as enjoyable as Pats games.

DIRECTV STREAM offers four plans but works a little differently. With its no-commitment offer, you can cancel or keep the service and not be charged any additional fees. DIRECTV STREAM provides access to over 7,000 other streaming apps like Netflix, HBO Max, and more. It also gives you the option to stream on up to 20 screens in your home, so you’ll never miss a single play. For a limited time only, you can try a five-day free trial before making your decision. Once you’ve ready to choose a plan, you’ll get $40 off your first two months.

Looking for a reliable streaming service that has all the games? FuboTV is the option for you. FuboTV’s plans include major channels like beIN Sports, ESPN, ESPN2, FS1, FS2, NBA TV, NBC Sports Network, NFL, and NFL RedZone. To access the best channels — like NFL RedZone — you’ll need to subscribe to the Ultimate plan or add the Sports Plus add-on. The Sports Plus add-on gives you access to a handful of Stadium and PAC-12 networks. Before deciding on a plan, make sure to try out the seven-day free trial.

YouTube TV offers one Base plan for $64.99 a month that includes 85+ channels from ESPN, NFL Network, NBC, and CBS. You can also catch up on all your non-sports-related shows with the on-demand offerings. For a limited time, YouTube Tv is offering $30 off the first three months ($10 per month), which could cover more than half of the New England Patriots games.

YouTube TV also gives you the option to upgrade to 4K Plus for a higher-quality picture.