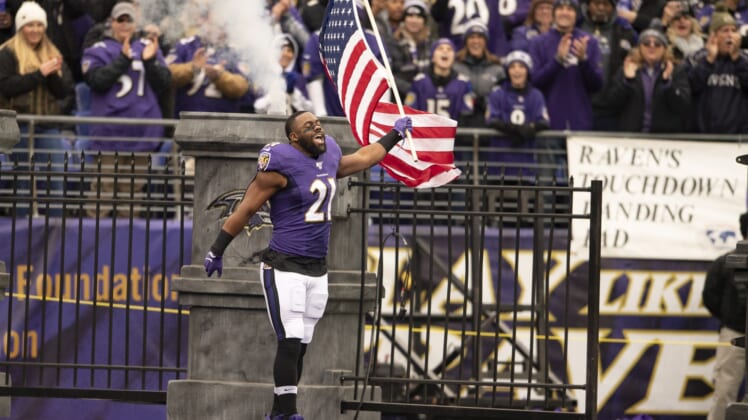 Whether that comes to fruition remains to be seen. What we do know is that the Texans have pushed back against the idea of even discussing a trade with other teams.

This has not stopped new general manager Nick Caserio from attempting to improve a roster that posted a disastrous 4-12 record in 2020. That now reportedly includes finding some help in the backfield.

According to Adam Schefter of ESPN, the deal is for one year and up to $3 million. It also reunites Ingram with former Baltimore Ravens wide receivers coach and pass-game coordinator David Culley, who was just hired to be the Texans’ head coach. Ingram, 31, played under Culley in Baltimore over the past two seasons.

A former Heisman winner at Alabama, Ingram was released by Baltimore early in the offseason after finding himself relegated to the bench late during the 2020 season and in the playoffs. He recorded a mere 299 rushing yards at a clip of 4.2 yards in 2020.

With that said, there might be a little left in the tank. Ingram earned his third career Pro Bowl appearance with the Ravens in 2019, accumulating 1,265 total yards and a career-high 15 touchdowns.

For the Texans, this adds depth to the backfield. They just recently released Duke Johnson and restructured the contract of David Johnson. Ingram will slot in behind the Texans’ leading returning ball-carrier. Whether he’s part of a backfield that includes Deshaun Watson remains to be seen.