David Culley introduced as head coach of the Texans 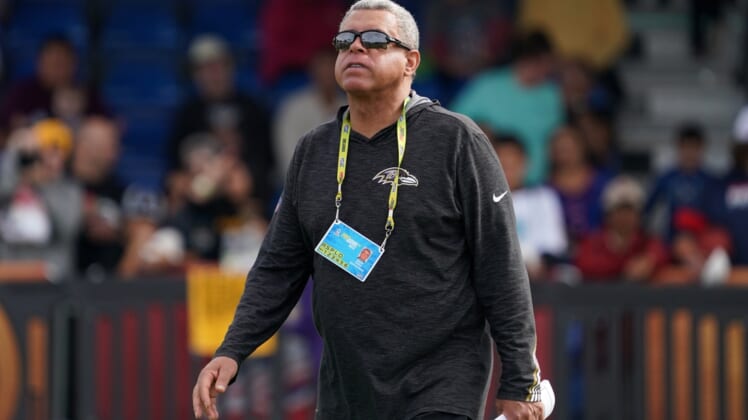 David Culley is officially the head coach of the Houston Texans.

An NFL assistant coach for 27 years following 15 years in the college ranks, Culley takes over a franchise with pressing concerns that begin with the face of the team, quarterback Deshaun Watson.

Watson requested a trade and according to reports Friday, he is “dug in” and unmoved by the team’s hire.

“Heading into this process, it was imperative to find a head coach that our entire organization could rally behind and David is unquestionably that leader,” said Texans general manager Nick Caserio. “David’s infectious energy, passion for the game and ability to command a room was clear from the start. As he shared his vision for how a head coach should lead a football team, it further solidified our belief in him. His mentality of being selfless and willing to accept any challenge while investing in each person within our program resonated with all of us.”

The Texans soon may be adding other wrinkles to their coaching staff, according to NFL Network. Lovie Smith is set to become the team’s defensive coordinator, while Pep Hamilton is expected to serve as the quarterbacks coach.

Culley, 65, was assistant head coach, passing game coordinator and wide receivers coach of the Ravens the past two seasons.

“On behalf of my family, I would like to thank Janice, Cal and Hannah McNair for the amazing opportunity of being the next head coach of the Houston Texans,” Culley said. “To say that I am excited and that this is a dream come true is an understatement. Along the way, I have had countless people, organizations, family members and friends pour into me and prepare a path for me. My genuine hope is that this moment is as much theirs as it is mine. Let’s get to work and let’s do it together!”

Culley will be the oldest coach in NFL history at the time of his debut, according to the Elias Sports Bureau. Bud Wilkinson (62 years, 133 days) is the current oldest from his 29-game stint with the then-St. Louis Cardinals in 1978-79.

The Texans started the 2020 season 0-4. Head coach Bill O’Brien was fired after Week 4, and Romeo Crennel ran the team on an interim basis.

The Texans think they found the right man, however.

“Throughout his entire coaching career, David has shown an ability to lead and bring people together,” said McNair, the team’s chairman and CEO. “David brings a wealth of experience and knowledge to our team as somebody who has seen it all in this league. In his over 40 years of coaching, David has learned from many of the best coaches in the NFL while helping players navigate both the physical and mental side of the game. Highly regarded individuals from all over the league reached out to us throughout this process in support of David because of his unique ability to connect with those around him and his passion for the game and the relationships he creates. During our meetings with David, it was evident he has the energy, communication skills and vision required to build a winning program. We are thrilled to welcome David, Carolyn and the Culley family to the Houston Texans.”

Smith, 62, was fired last month after five seasons as the head coach at Illinois.

He was the defensive coordinator of the then-St. Louis Rams (2001-03), then was hired to coach the Chicago Bears.

He was fired after the 2012 season when the Bears started 7-1 but finished 10-6 and failed to make the playoffs for the fifth time in six seasons.

Hamilton, 46, spent last season as the quarterbacks coach with the Los Angeles Chargers. He also worked as the Indianapolis Colts’ offensive coordinator from 2013-15 and was head coach of the DC Defenders of the XFL before the 2020 season ended amid the coronavirus pandemic.

Hamilton has an extensive coaching history in both college and pro football, dating back to 1997 at Howard, his alma mater.