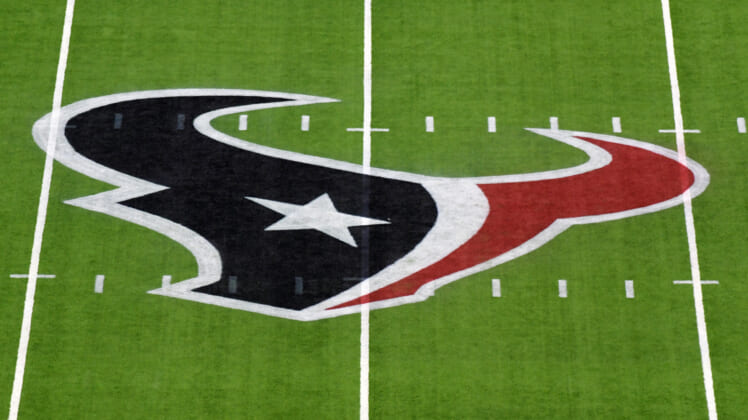 The Deshaun Watson trade is in the rearview mirror, allowing the Houston Texans to shift their entire focus towards the 2022 NFL Draft. It’s going to be a massive rebuild for general manager Nick Caserio, meaning our 2022 Texans mock draft is just the start of the challenge ahead.

In terms of the Texans draft needs, everything is on the table. There’s not a single player on the roster who isn’t a potential candidate to be replaced in the starting lineup with the next two seasons. While it means the massive personnel overhaul must continue, it also creates a level of freedom in the NFL Draft.

Before diving into our Texans mock draft, let’s examine the 2022 picks they’ll be working with as of now.

Houston Texans mock draft: Creating a core for the future

The entire focus in our Houston Texans mock draft is taking the best player available. Positional value at a certain draft slot or doubling up at a certain area doesn’t matter. Houston needs to find players who can be part of its long-term mission to find success.

Holding a pair of top-15 picks, there are several directions Houston can take things. Snagging a premium offensive tackle at the 3rd pick and then grabbing a defender with the Cleveland Browns‘ first-round pick. Naturally, the front office could also load up on either side of the ball to create a strength of the team moving forward.

With that in mind, let’s dive into our Texans mock draft.

The buzz surrounding Derek Stingley after his freshman season suggested he could become a No. 1 pick. It wasn’t simply what he did during games, the freshman cornerback locked up Ja’Marr Chase on the practice field at LSU. Injuries and the COVID-19 pandemic have prevented us from seeing that talent consistently over the past two seasons.

This is still a player worth the No. 3 pick. 6-foot-1 cornerbacks with absurd athleticism, length and instincts don’t come around very often. If he returns to form, Stingley can be an All-Pro cornerback who you leave out alone against No. 1 receivers and don’t give it a second thought.

Keep in mind, Caserio is from the Patriots’ model and Bill Belichick places an emphasis on top-shelf cornerbacks. That’s why Stingley is likely among the Texans draft targets.

This is definitely an aggressive move, straying from our approach in the first Texans mock draft. Houston might take a patient approach, waiting until No. 13 overall to see which of their top targets falls to them. However, our focus is on landing elite talent even if it means doubling up in the secondary.

It’s not like we’re taking two cornerbacks. This move is all about making the entire Texans’ defense better. Stingley Jr. offers the talent to be an elite cover corner, shutting down one side of the field. In our scenario, Kyle Hamilton serves as the versatile safety who shades toward the opposite site.

There is certainly reason to give consideration to a wide receiver like Garrett Wilson or snagging an edge rusher. Ultimately, Hamilton is the highest-ranked player on our draft board. He impacts the game in a variety of ways, creating turnovers and providing outstanding range in the secondary. It’s a risky move to spend a pair of top-10 picks on defensive backs, but the thought behind it is building an elite secondary in a pass-heavy league.

Finally some help for quarterback Davis Mills. The Houston Texans seem intent on keeping Brandin Cooks, despite the No. 1 receiver being a trade target for multiple clubs. If that remains the case, it makes sense for Caserio to put even more pass-catchers around Mills so he can do a thorough evaluation of the young passer.

Coming from Western Michigan, Skyy Moore didn’t generate as much buzz during the 2021 college football season. A lot of people missed out on a 5-foot-10 receiver who obliterated his competition, especially when he got the football in space. Moore is a YAC maestro, providing Houston with someone for Mills to get the football out to quickly. Once he snags it, Moore will put that eye-popping elusiveness on display, becoming a strong No. 2 receiver. 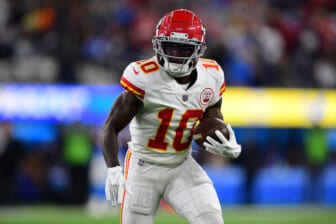 It’s fair to say things just aren’t working out with 2019 first-round pick Tytus Howard. Houston needs to find ways to win a few more battles in the trenches. Dylan Perham, who played multiple spots at Memphis, projects as a guard or center at the next level. He’ll need some time to work on his footwork and there’s room to add more strength, but the tools exist to be a starting guard in Houston. For a rebuilding team, depth and competition are everything and that’s what Houston wants.

What do you think of our Houston Texans mock draft? Let us know below.