The Detroit Lions are going to be an awful football team this year. Jared Goff was elevated by his supporting cast and a great system in Los Angeles. He won’t have either of those things in Detroit and it’s not like this defense can stop anyone. Chalk this up as an easy victory for the Packers. 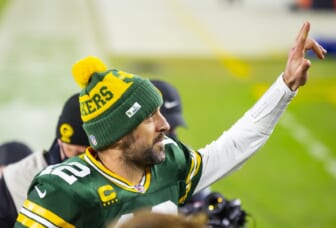 All our predictions are based on the Packers keeping and starting these key players:

Week 1 — Green Bay Packers lost on the road against the New Orleans Saints, 38-3

It could not possibly have been more humiliating for Aaron Rodgers and Co. in their season opener Sunday against the New Orleans Saints. Rodgers threw zero touchdowns against two interceptions before being pulled with his team down five touchdowns in the fourth quarter. Green Bay’s defense also yielded five touchdown passes against zero interceptions to Jameis Winston. We’re not sure where this team goes from here.

Green Bay won’t have Za’Darius Smith for several weeks after the Pro Bowl pass rusher landed on injured reserve. Playing without their best edge rusher and their All-Pro left tackle, the Packers just don’t have the talent to beat the 49ers in San Francisco.

Pittsburgh’s front seven will cause some problems for Rodgers and the Packers. T.J. Watt will relish the opportunity to shine in front of his family. But it might not matter much. The Steelers could have a below-average offense in 2021 and Green Bay shouldn’t have too many issues containing Ben Roethlisberger and Co.

Joe Burrow deserves so much better than the Bengals. Cincinnati’s offensive line can’t protect the face of the franchise and there are still concerns about Zac Taylor as a head coach. All of those are ingredients for the Packers’ defense to dominate. Oh, Green Bay will let Rodgers and Jones also cook.

At this point, Rodgers is co-owner of the Bears. He is 20-5 in his career against Chicago, boasting a 107.2 passer rating and a 55-10 TD-INT ratio. Keep in mind, the Bears’ defense is poised to regress in 2021 after losing Kyle Fuller. As long as No. 12 is under center, the Packers can crush their rival.

The Washington Football Team might have the best defense in the NFL. It’s more than the pass-rushing duo of Chase Young and Montez Sweat, there is also Jonathan Allen and Daron Payne on the defensive line. Plus, Washington’s secondary is even better after adding William Jackson III. Losses at Lambeau Field are rare for the Packers, but the WFT can deliver one. 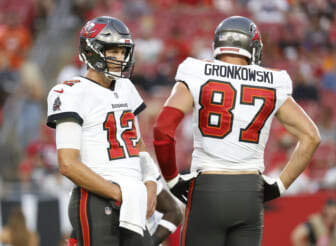 Entertaining Thursday Night Football games are double rainbows, you must appreciate them when they appear. NFL fans are getting a treat Oct. 28, with a TNF clash that could be one of the best NFL games in 2021. Expect Rodgers and Kyler Murray to make jaw-dropping throws with regularity, but the reigning NFL MVP gets the ball last and secures a win.

Talk about an incredible back-to-back set on the Packers’ schedule. Green Bay will need the additional rest days after beating the Cardinals, because Kansas City’s offense looks better than ever. Patrick Mahomes is already almost impossible to stop and now he has a great offensive line. In a hostile environment against the best player in the NFL, Green Bay loses.

The Packers have won four of their last five meetings against Seattle. Furthermore, the Seahawks haven’t won a game at Lambeau Field since 1999. Green Bay’s receivers match up extremely well against Seattle’s secondary and the tandem of Jones-Dillon will also cause problems. With the fans on their side, the Packers should win a thrilling game.

Can the Packers contain Dalvin Cook? We saw what happened in November last season, he put the team on his back with a four-touchdown, 226-yard performance and won. But that was a 28-22 victory and it’s hard to imagine Green Bay’s defense being quite that bad under a new defensive coordinator. This will come down to the final minutes, we just don’t trust Kirk Cousins with the game on the line.

Even with more experience by this point in the season, the Packers will be starting a rookie center against Aaron Donald. On the other side of the ball, the Rams will find ways to attack Kevin King relentlessly. The end result is a victory on the road at Lambeau Field for Sean McVay and Co. 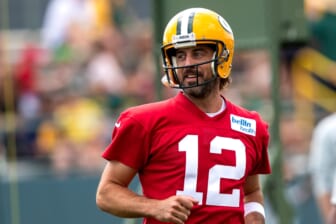 Justin Fields is going to be a thorn in Green Bay’s side for years to come, potentially putting its fans through what other fan bases in the NFC North have experienced for decades. That time will come, it just won’t be this year.

Baltimore’s defense has been its greatest strength for years. We might see that change this fall. Lamar Jackson finally has legitimate NFL weapons around him and that makes one of the most explosive players in the NFL a lot more dangerous. There’s just too much for Green Bay’s defense to overcome, especially on the road.

It feels weird to call the Cleveland Browns a Super Bowl contender, but they’ve earned it. They have one of the most dominant rushing attacks in the NFL, which will cause real problems for the Packers. But that wouldn’t have been enough before. After overhauling the defense this spring, Cleveland now has the arsenal to win at Lambeau Field.

Sweeping your divisional opponents isn’t easy, there’s just something about a familiar foe that makes it a rare feat. But the Lions aren’t even trying this year and the Bears are also a work in progress. So, that leaves the Vikings standing in Green Bay’s way of using the broom. This should be another outstanding battle, but we’ll give the edge to the Packers due to the talent differential at quarterback.

With the division locked up, Jordan Love makes his first NFL start. Green Bay hopes it will be a Mahomes-like moment, opening the door to trade Rodgers next spring and creating excitement about the new quarterback. We’ll see if this team’s dream actually happens, but they should beat Detroit regardless.