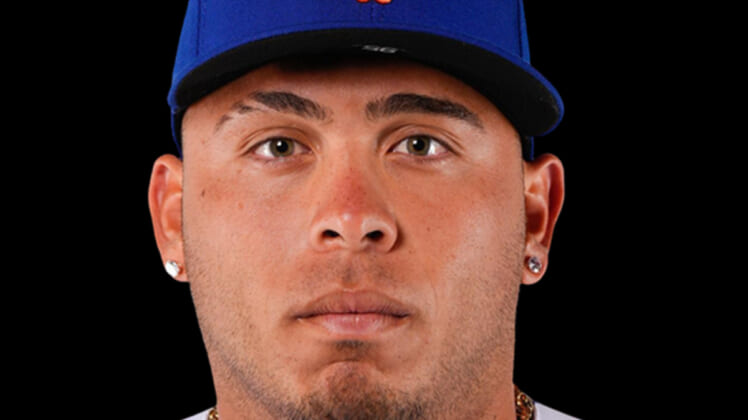 New York Mets prospect Francisco Alvarez has been the toast of Minor League Baseball this season. In fact, there’s some who want the first-place squad to call the catcher up to the Majors for the stretch run.

Unfortunately, that’s now highly unlikly to happen. Alvarez, 20, suffered an ankle injury earlier this week and has not taken to the field for Triple-A Syracuse since.

According to this note from Mets insider Michael Mayer, early indications are that the stud young backstop will need surgery on his right ankle. Obviously, this would sideline Alvarez for the remainder of the season and rule out the possibility of him making his MLB debut in 2022.

New York already called up fellow top prospect Brett Baty earlier this month. He proceeded to hit a home run in his first MLB at-bat. The expectation was that Alvarez would follow suit.

Francisco Alvarez injury and impact on the New York Mets

One of the primary reasons people were pushing for New York to promote Alvarez was its issues at catcher. Tomás Nido entered Sunday’s action against the Colorado Rockies hitting .221 with a .527 OPS. Backup James McCann boasts a .193/.523 split, too.

For a team that currently sits at 82-47, the lack of production from the backstop has to be seen as concerning. Despite some struggles since his promotion to Triple-A, Alvarez has balled out this season.

Alvarez currently ranks as the No. 1 overall prospect in MLB and has drawn a ton of praise from those around the baseball world.

We will obviously have further updates on Alverez’s injury situation once they become available. For now, the Mets are holding their breath in hopes that the injury is not as serious as it seems.