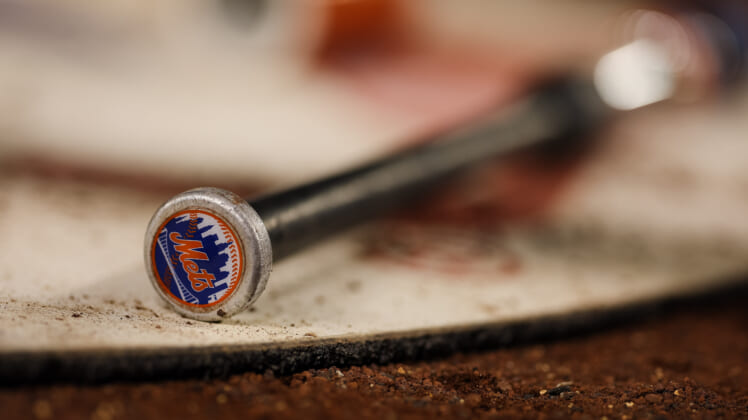 The New York Mets already know that top prospect Francisco Alvarez is likely going to a huge part of their future. If they were lacking any confidence in the young slugger’s future, Mets’ catcher James McCann provided even more reason to feel optimistic.

After missing more than a month with a broken hamate bone in his left wrist, New York sent McCann out on a rehab assignment in the minor leagues before activating him off the injured list. During that rehab stint, he spent five games with the Double-A Birmingham Rumble Ponies, Alvarez’s team.

In his age-32 season with fans calling for him to be replaced, McCann knows Alvarez is who everyone wants to see. While that feeling could cloud a veteran player’s perception when they get a first-hand look at their future replacement, McCann didn’t have that problem.

After only spending a few days on the field with Alvarez and seeing his tools on display, McCann came away wildly impressed. In fact, he even included the 20-year-old catcher in the company of an MLB star and Mets’ teammate.

McCann doesn’t have to worry right now. He knows how much time it takes for catchers to develop. For as much as the Mets’ organization loves Alvarez, it is also very aware that his learning process behind the plate can’t be rushed.

That’s likely part of the reason why the Mets sent McCann to Double-A instead of their Triple-A affiliate. During his short stint with the Rumble Ponies, the veteran catcher also offered words of wisdom to Alvarez and let him know he will always have support.

James McCann on his advice to Francisco Alvarez, via Newsday

Alvarez’s power is legitimate. Despite being one of the youngest players in the Double-A Eastern League, he ranks 15th in doubles (16), fourth in home runs (17), fourth in isolated power (.284) and third in slugging (.564).

Keep in mind, he struggled mightily through the early weeks of the season. However, he made adjustments and now boasts 13 home runs with a 1.204 OPS and .451 isolated power in his last 27 games.

As for when the Mets might call him up, there is no set timetable. But Tim Healey of Newsday noted there are some in the organization who believe Alvarez could serve as designated hitter down the stretch.

Whether he makes his MLB debut this season or in 2023, baseball fans in New York have plenty of reasons to be excited about his future.