Desperation breeds thrilling results in sports. With the playoffs looming just weeks away, that’s certainly been the case heading into NFL Week 14.

Last weekend the Detroit Lions shocked many by shutting down Drew Brees and the New Orleans Saints in the Big Easy. The Tampa Bay Buccaneers did the same in Southern California, defeating the San Diego Chargers in impressive fashion to put the rest of the NFC South on notice.

Which underdogs are poised to defy the odds this weekend? Which favorites are on upset alert? 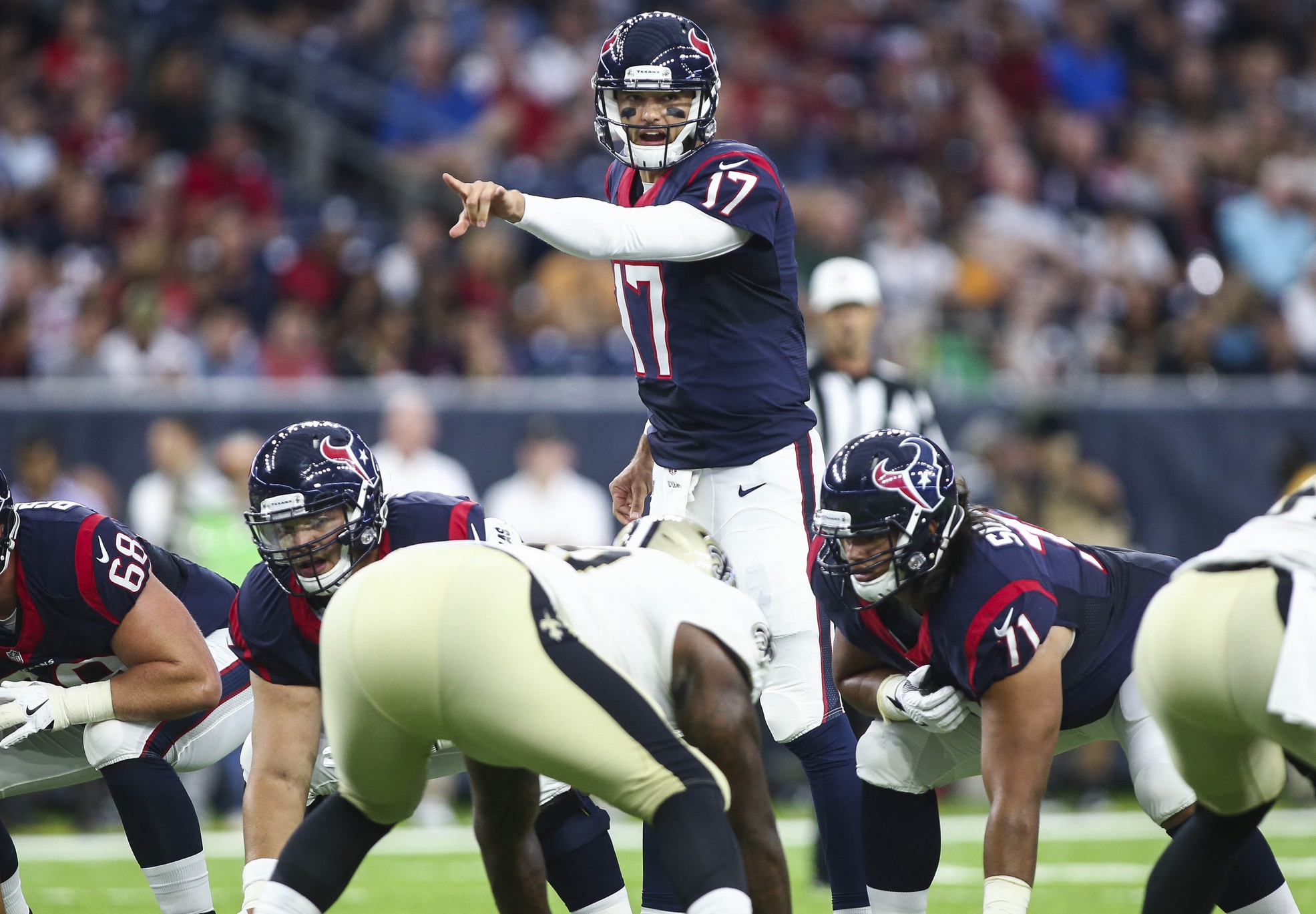 It sure feels like oddsmakers are a bit knee-jerky reacting to Indianapolis’ blowout win over the the hapless New York Jets Monday night. The Colts are being given nearly a touchdown to win at home against AFC South rival Houston, which beat Indy in overtime earlier this year.

The Colts’ defense gave up the farm in the final minutes of the game to Brock Osweiler, who looked like Peyton Manning in his prime during that crucial stretch. It’s not going to be shocking whatsoever if they once again fail in this way. Indy’s defense is terrible, ranking fifth-worst in the NFL in yards allowed and eighth-worst in points allowed.

On the other side, Jadeveon Clowney is expected to return to action, further bolstering a defense that ranks No. 5 in the league against the pass.

Andrew Luck is the only reason the Colts have a chance whatsoever to claim the AFC South this year. If the Texans can keep him down in this one like they did earlier this year, then they’ll win. This is, of course, contingent on Osweiler not handing Indy the win on a silver platter — not exactly an impossible result.

The bottom line is this: The Colts will win if Luck is spectacular. The Texans will win even if Osweiler is mediocre. Either scenario is plausible, but of the two we’re leaning in Houston’s direction here. Besides, according to Osweiler, the Texans’ offense is “close to exploding.”

In a game featuring two desperate teams, anything goes. Both the Cardinals and Dolphins would be out of the playoffs if they started this weekend.

It is rather strange that Arizona is being favored to win on the road in this one against an east coast team that recently ripped off six straight wins. Arizona comes into the contest with a record of 1-4 on the road, its lone win coming against the pathetic San Francisco 49ers. The Cardinals have lost their other four games by an average of 12.5 points per game.

So, while it was encouraging to see Bruce Arians’ team come up with a huge win over Washington at home last weekend, it seems overly optimistic to assume it will do the same in this one.

Miami put up a stinker last weekend in Baltimore, failing to execute on any level. It was a bit shocking, considering the Dolphins had been so hot, but every hot team cools off at some point. Back at home this weekend, we expect a more focused effort.

The Cardinals will once again be without Tyrann Mathieu, who is contemplating surgery to repair his shoulder. Top cornerback Patrick Peterson is also banged up, dealing with a painful knee injury. Arizona’s defense hasn’t been as dominating this year as it was in 2015, and it’s ripe for exploitation this weekend.

Don’t be surprised if Ryan Tannehill and his receiving corps have a big day through the air en route to a bounce-back win over the Cards.

Winter football at Lambeau can be quite magical. And magical, fluffy snow aplenty should fall from the sky when the Seahawks and Packers clash in an epic NFC battle with huge playoff implications. The forecast is calling for anywhere between two and 12 inches of snow from Saturday night through Sunday evening when these two teams will play in Green Bay.

Now, there won’t be much wind, meaning Aaron Rodgers and Russell Wilson should be able to spin the ball pretty good in the wintery conditions. But footing could be tricky, and catching the ball in the snow isn’t easy.

Of the two quarterbacks, however, Rodgers has a clear edge. Wilson has been under 60 percent passing in two of his last three games and has thrown two touchdowns compared to three interceptions in those games. Meanwhile, Green Bay’s offensive leader is starting to get heated up at the right time to push the Packers into the playoffs.

Last weekend, he had a darn good handle on the blizzard that hit Lambeau, throwing for two touchdowns and over 200 yards against a terrific Houston defense.

It’s going to be a blast to watch, and pretty much anything could happen in this one. But we’re picking the Packers to come away victorious against the Seahawks, who will have to figure out how to slow Rodgers down without star safety Earl Thomas, out for the year with a broken leg.

We picked the Bucs to upset the Chargers last weekend, and they made us look smart. They’re on a four-game winning streak. Jameis Winston is maturing and the defense is learning to play well as a unit. It’s easy to love what this team is doing on both sides of the ball right now.

So why are we highlighting Tampa Bay as a team on upset alert this weekend? Quite simply, the Saints have a history of playing the Bucs close and beating them in Tampa Bay, riding a four-game streak heading into this one.

New Orleans has also displayed outstanding resiliency this year. While consistency has been a huge issue, the Saints have corrected mistakes and bounced back from losses. They’ve beaten the likes of the Seattle Seahawks and blew out the Los Angeles Rams after losses this year.

Additionally, New Orleans is playing better defensively this year than it did last season and is trending in the right direction on that front. Rookie Sheldon Rankins has been strong up front since recovering from a preseason injury, and Dannelle Ellerby has sacks in four straight games since returning from his injury.

All it will take is a few huge plays from Drew Brees to bust the game wide open for the Saints, who are still clinging to a playoff dream after a frustrating first three-quarters of the season. 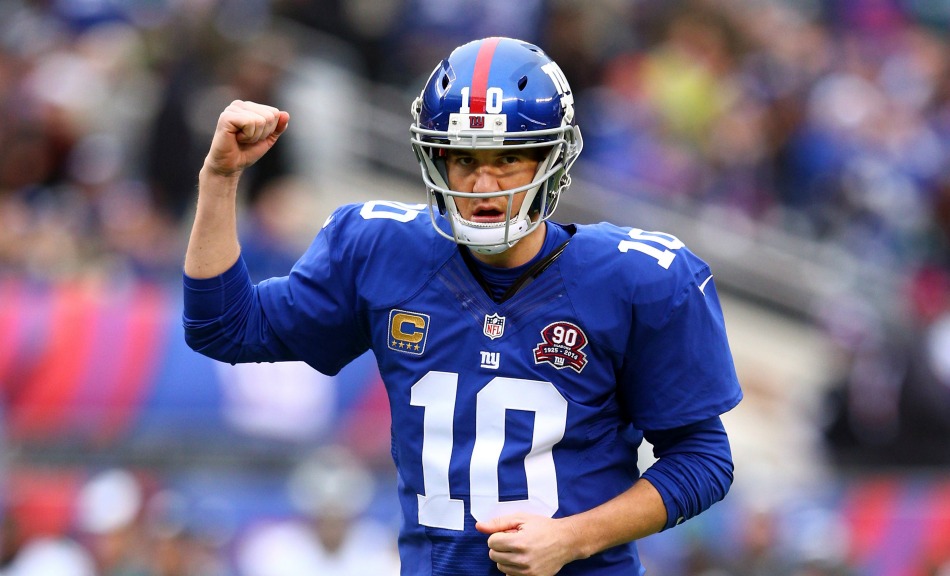 Okay, so it’s been a minute or so since the Giants took down the Cowboys to open the season. But the fact remains that Big Blue is the only team to defeat Dallas all year, and history between these two teams suggests we’re in for another close one Sunday night in New York.

Quite honestly, the biggest key in this one will be which Eli Manning shows up. As we’ve seen throughout his career, Manning has been wildly unpredictable, looking brilliant one week then throwing the game away with awful interceptions the next. If he can get the ball to his guys, then the likes of Odell Beckham Jr. and Sterling Shepard will be able to make plays in space against a Dallas secondary that ranks fifth-worst in the league against the pass.

Of course, the other huge factor will be how the Giants hold up defensively against the behemoth Dallas offensive line and running back Ezekiel Elliott. They’ll be going without Jason Pierre-Paul, who is out for the year with a groin injury.

This is a game we’re not sure about. But Dallas is definitely due for a loss after rattling off 11 straight victories. And the Giants have the players to keep the Cowboys from going crazy offensively. That means, again, that it’s going to boil down to what New York — Manning specifically — can do on offense.