Five reasons to watch Week 1 of the NFL preseason

NFL preseason football kicks off a bit later this week. It might not bring the drama of regular season action, but we have been waiting for this for some time now.

Is there a reason to get excited for these initial exhibition games? Why should we take time out of our day to watch?

Here are five reasons you should be glued to your television sets to watch the opening week of preseason NFL football.

We complain about preseason football about a week in. “The exhibition slate is too long,” some will say. Others openly wonder why we’re watching training camp fodder play in the NFL.

That’s all fine and dandy, but remember where you were back in March when the entire football world was demanding for any type of football, the preseason version included.

Much like spring training around the baseball diamond, the NFL’s preseason slate is a fresh start. Fans of even the most downtrodden organizations have hope. They have the same record as the New England Patriots of the world. It’s an even slate.

This is the one thing that makes NFL preseason football so darn awesome. It’s not about the outcome. Instead, it’s all about watching our favorite teams suit up for the first time in well over a half year. Get excited.

2. Quarterbacks looking to make a statement 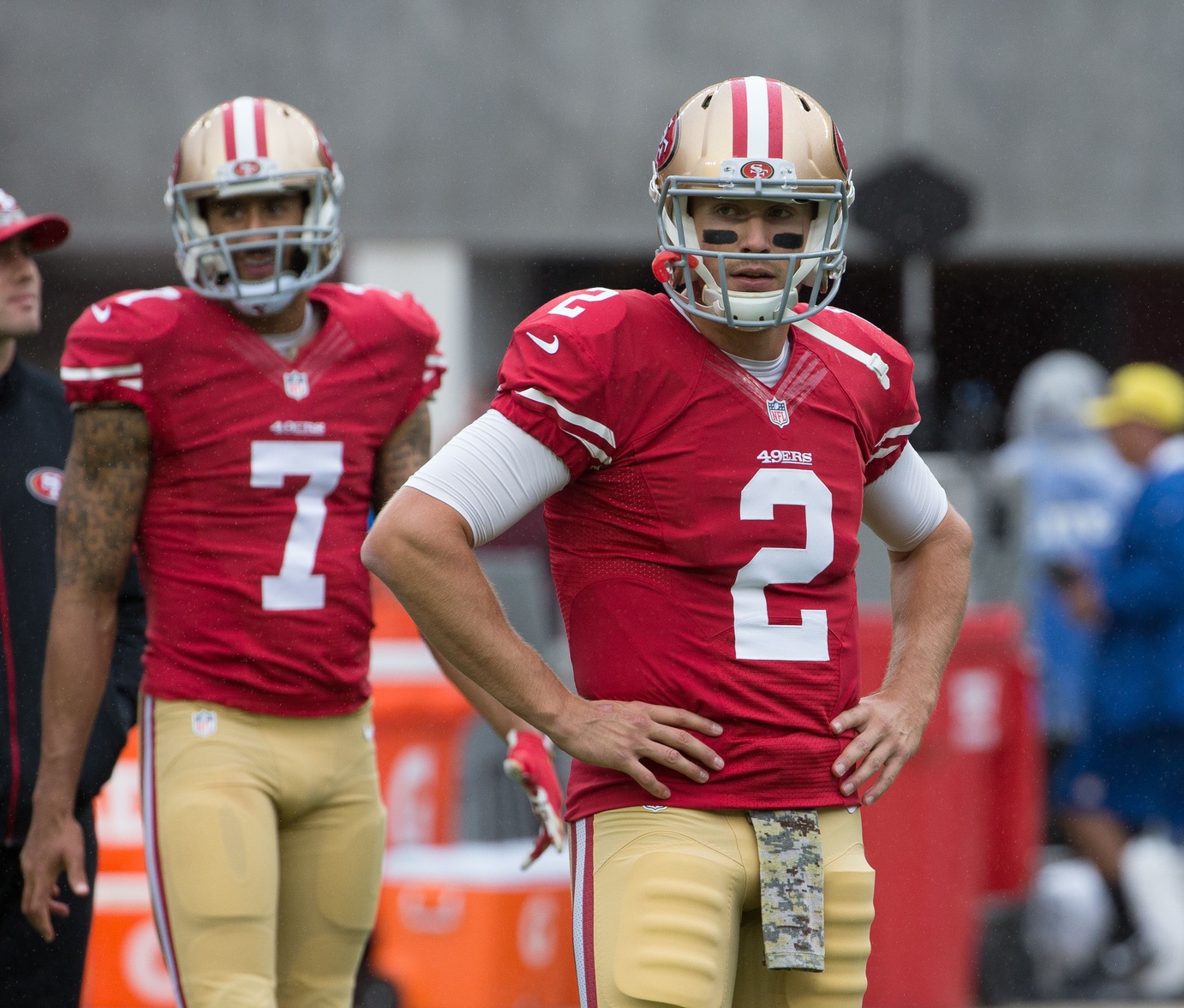 There’s a whole heck of a lot to look at here. While most training camp battles won’t be decided after the first week of preseason football, a lot can change between now and Monday.

With starting quarterbacks not yet named in San Francisco, Los Angeles or Denver, this week’s games are going to play huge roles in the outcomes of said competitions.

Meanwhile, in New England, the Patriots look to see what they have in Jimmy Garoppolo, who will be tasked with starting for Tom Brady over the first quarter of the season.

The most-interesting competition among this group has to be in San Francisco. Who will prevail between Colin Kaepernick and Blaine Gabbert in Chip Kelly’s first season as head coach?

Neither was super impressive last season, but Kelly’s offense provides the winner of this competition with an ability to succeed in 2016.

For the defending Super Bowl champion Broncos, it’s all about determining who can lead that team back to the playoffs. Mark Sanchez and Trevor Siemian were listed at co-starters this week. They’ll likely be given the bulk of the action against the Chicago Bears first-team defense come Thursday.

As it is, there seems to be a ton of questions surrounding quarterbacks heading into the preseason. At the very least, this will make the summer slate of action more interesting.

3. Rams back in Los Angeles

For the first time in over 20 years, a NFL team will host a football game in the nation’s second-largest media market.

That will take place at the Los Angeles Coliseum on Saturday night when the Dallas Cowboys travel to Southern California to take on the Rams.

It’s already pretty apparent that fans in Los Angeles are excited about the Rams return to their city. In fact, the team had to expand its seating capacity for Saturday in order to cater to the increased interest (more on that here).

More so than the product on the field (it’s not going to be good), we want to see how the whole atmosphere at the old coliseum is going to play out. After all, that’s where the Rams will be calling home over the next few seasons.

With veterans taking a back seat during the preseason, it’s definitely going to be interesting to see how young running backs step up.

Un-drafted rookie free agent Josh Ferguson seems to have the inside track for the Indianapolis Colts backup running back job behind Frank Gore. With the 33-year-old Gore likely not seeing much action in the preseason, Ferguson will take over the spotlight in Indy.

Meanwhile, the Seattle Seahawks find themselves in a rather unfortunate situation at running back. With Marshawn Lynch in retirement and Thomas Rawls still recovering from a serious leg injury he suffered late last season, it’s going to be interesting to see how this plays out.

Rookie fifth-round pick Alex Collins has been getting first-team action during camp. In addition to this, former second-round bust Christine Michael may be on the verge of finally breaking out. These two players should see a ton of action this week.

We’re also going to be intrigued to see how reigning Heisman winner Derrick Henry performs in his first action with the Tennessee Titans. He should see the field against the San Diego Chargers first-team defense Saturday evening.

With DeMarco Murray likely resting, this will give Henry an opportunity to prove his worth to the coaches.

First look at Jalen, Dante and Myles in the Black and Teal. #MOREJAX pic.twitter.com/IHc0TkPYop

It’s rather obvious the Jaguars are excited about their new trio of young defenders. Set to take this team to the next level in 2016, the likes of Jalen Ramsey, Dante Fowler Jr. and Myles Jack have all the talent in the world.

Ramsey, a top-five pick this past spring, had been dealing with a knee injury. Though, the defensive back was cleared in time for camp and appears to be a go.

On the other hand, Fowler Jr. has apparently been dominating in practices. The EDGE rusher missed his entire rookie season to a knee injury, but seems to be ready to make a huge impact in 2016.

Speaking of injuries, there were concerns over whether Jack’s knee would hold up in the NFL. That’s one of the primary reasons the former UCLA linebacker fell to the second round of this year’s draft. Having already seen first-team action during camp, Jack appears to be ahead of the curve.

This trio represents the new face of what had been a struggling Jaguars’s defense. In this, their era starts Thursday against the New York Jets.