Losing isn’t an option for a handful NFL teams with fading playoff aspirations.

Many would rule out franchises like the Chicago Bears and Oakland Raiders, but if they somehow find a way to get hot and get some big-time help from teams ahead of them, then the playoffs are still within their grasp.

One more loss would certainly doom any hope at all of making into the postseason, and a win will just keep the dream alive. These are the teams in desperation mode entering Week 14.

With five teams ahead of them for the final wild card spot in the NFC, the Bears absolutely must defeat Washington this weekend to have any chance of staying alive for postseason play. Losing to San Francisco at home last weekend was a tremendous blow to Chicago’s postseason chances, but it wasn’t a death blow.

Winning out to finish at 9-7, along with some help from other teams like the Minnesota Vikings (lost three of four of late), Tampa Bay Buccaneers and the entire NFC East, would give the Bears an outstanding chance of playing in January.

The upcoming contest at home against Washington is very winnable for Chicago.

Provided quarterback Jay Cutler has a better game this Sunday than he did against the 49ers, the Bears should come out of this one with a win. The duo of veteran running back Matt Forte and rookie Jeremy Langford should have a big game against Washington’s shady run defense and will open up big plays down the field for Alshon Jeffery and Co.

Believe it or not, the Jags aren’t out of the playoff hunt yet. If they win out and get help from the Indianapolis Colts and Houston Texans (both 6-6) then a postseason berth is easily attainable as the AFC South champ.

And, if you’ve watched this team play lately then you know Jacksonville is not that far away from becoming a legitimate contender in the AFC.

Blake Bortles is quickly becoming one of the most exciting young quarterbacks in the NFL. He’s developed uncanny rapport with receivers Allen Robinson and Allen Hurns, and now right end Julius Thomas is getting into the action.

"We want to finish this last quarter strong." – @BBortles5

The Jaguars can take a huge first step towards a final-quarter surge to the playoffs this weekend when they host the division-leading Colts.

Getting pressure on veteran quarterback Matt Hasselbeck will be the key to winning. He’s already suffering from sore ribs but is going to play. A few heavy shots could force him out of the action, and Charlie Whitehurst isn’t scaring anyone. 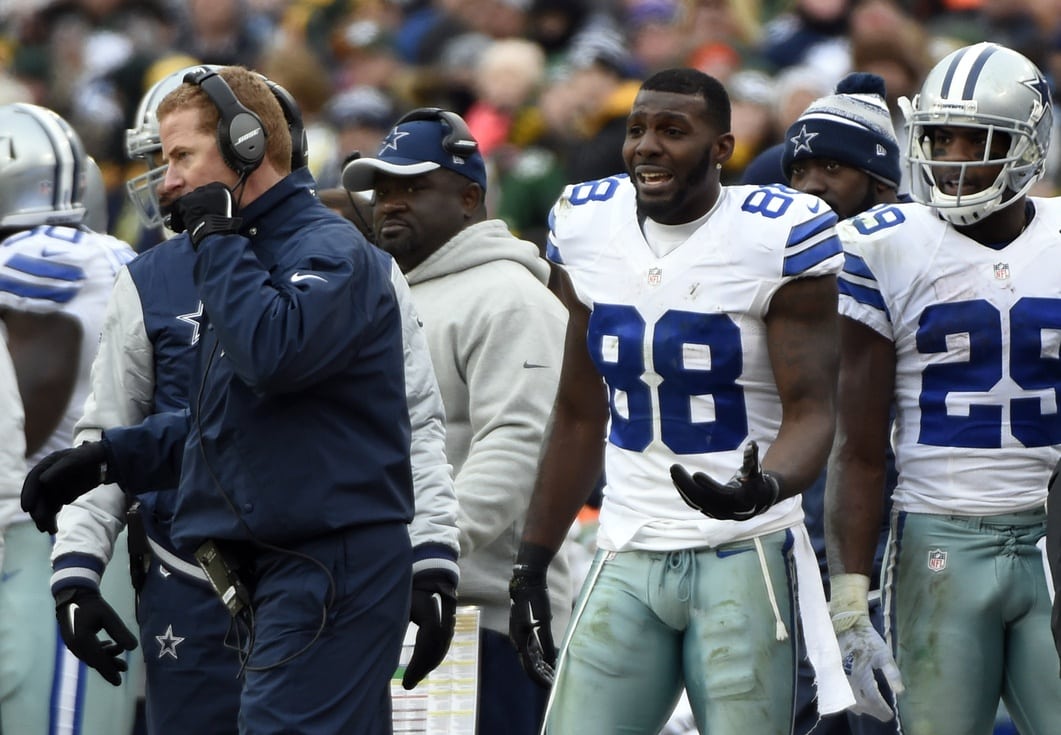 Without Tony Romo in the lineup, Dallas’ offense is impotent. The evidence to support this is overwhelming, and the only reason the Cowboys won last weekend against Washington is that their opponent couldn’t get out of its own way.

The good news? Dallas is just one game out in the unbelievably pathetic NFC East. A late-season surge by the ‘Boys could certainly propel them into the playoffs with a record as bad as 6-10, with some help from their divisional rivals.

A win Sunday won’t be easy, though. The Cowboys are headed to Lambeau Field to face the Packers, who are trying to pull out of a recent slump that gave the Minnesota Packers a chance to briefly pull ahead in the NFC North. Dallas’ defense must play its best game of the year to keep Aaron Rodgers and Co. from wiping the field with them in Week 14.

Right out of the gate here we must recognize the Raiders have almost no chance of getting into the playoffs, which is why this team is going to be in desperation mode the rest of the season.

“I look at the different probability tables. I think we’re 1 percent chance or something. That’s not real good odds. That’s kind of like the ‘Dumb and Dumber’ deal, ‘So we still have a chance?’”

Still, they do have a chance, and the NFL’s history is full of improbable success stories.

Up next for the Raiders is the Denver Broncos, who barely scraped by with a win in Oakland (16-10) earlier this year. Playing in Denver this weekend, Oakland has a chance to make a bold statement.

Protecting quarterback Derek Carr is the first order of business. Denver brings the league’s most potent passing attack into the game (41 sacks) and features an outstanding secondary.

However, the Raiders can also wreak havoc behind the line of scrimmage, led by second-year pass-rusher Khalil Mack. Getting pressure on Brock Osweiler could produce turnovers, which would turn the outcome of the game into Oakland’s favor.

It’s not likely to happen, but if the Falcons win out, they’ll finish the season with a record of 10-6 with a great chance at getting into the playoffs. The 2015 season has been a strange one for Atlanta, which opened with five wins in a row and six wins out of seven games. Then came the slide.

Since Week 7, the Falcons have lost five games in a row, during which time quarterback Matt Ryan has been downright miserable throwing eight touchdowns and seven interceptions. And of late rumors have emerged that Ryan is “overwhelmed” by Kyle Shanahan’s offense — a notion Carolina Panthers head coach Ron Rivera seems to agree with.

The Falcons are hosting the unbeaten Panthers this Sunday, and a win seems unlikely.

It’s going to take a team effort and much-improved play by Ryan to defeat MVP candidate Cam Newton and the Panthers.

A huge game by running back Devonta Freeman against Carolina’s vaunted defensive front will be key to opening things up for Julio Jones down the field against outstanding cornerback Josh Norman and the rest of Carolina’s outstanding secondary.