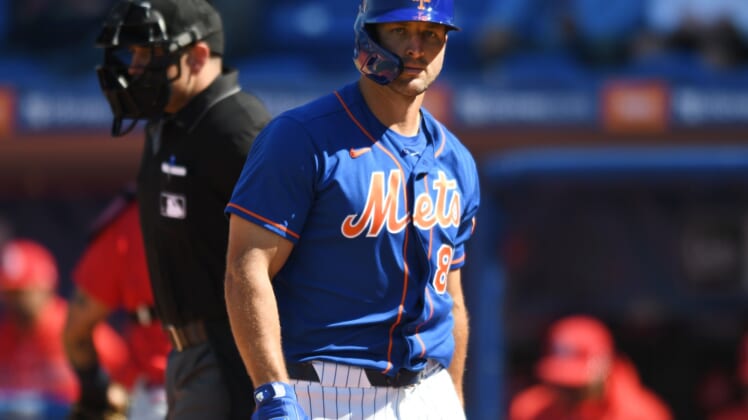 Spring training is underway in MLB with baseball fans getting treated to plenty of exciting action and surprising storylines. While Opening Day is still a few weeks away, spring training has already provided us with plenty of takeaways for the upcoming regular season.

It’s a great time of year to be a baseball fan with plenty of players making strong impressions at the start of the season. From young stars proving themselves in their first taste of spring baseball to established veterans fighting to keep their MLB career alive, spring training is offering everything fans could ask for.

Of course, there’s been some unfortunate developments as well. Injuries have struck some of MLB’s biggest stars early in spring training and the ramifications will be significant when the regular season arrives. Meanwhile, the early action is also showing us that it might be time for a few players to step away from the game.

It’s time for Tim Tebow to end the baseball experiment

Tebow came into the year desperately needing to make the most of his remaining opportunities. The 32-year-old outfielder is running out of time to make his dream happen. If his early performance in the spring is any indicator of what’s to come, Tebow would be better off pursuing the XFL or preparing for his work on ESPN.

It’s not just that he’s terrible at the plate. He posted a .163/.240./.255 slash line this past season at the Triple-A level, and in his first 11 at-bats this spring, he has just two hits with six strikeouts. He looks lost defensively in the outfield with laughable blunders occurring far more frequently than routine plays. He can’t hit, he doesn’t steal bases and he is a liability in the outfield. It’s time for Tebow to give up on baseball.

It’s a matter of when, not if, the Rockies trade Nolan Arenado

Less than a year after signing an eight-year contract extension, the relationship between Arenado and Rockies general manager Jeff Bridich is disastrous. After revealing that Bridich disrespected him, Arenado called him out again a few weeks ago. Now that the two are within proximity of each other at spring training, tension could escalate even further.

There’s no saving the relationship at this point. ESPN’s Jeff Passan reported that a trade is inevitable. The Rockies won’t contend this season and Arenado will find a way to get out. Once he forces the Rockies to move him, plenty of contenders will be ready to take advantage.

Felix Hernandez might be an X-factor for the Atlanta Braves

We didn’t think much of it when the Braves signed Hernandez. While he has an incredible resume, featuring a Cy Young Award, the 33-year-old hasn’t impressed anyone since 2017. Fortunately for Atlanta, it’s starting to look like he might have found his old form.

The 6-foot-3 righty came into the year healthy and he’s making quite the impression in spring training with a 2.08 ERA and just seven hits allowed in 8.2 innings. It seemed like his career was over a few months ago, but now he looks like a lock to crack the Opening Day rotation. The Braves will need him healthy with Cole Hamels sidelined to begin the season, which makes this unheralded signing even better.

Things were already going to be rough for the Red Sox this season after they traded Mookie Betts and David Price. Now with ace Chris Sale’s availability for the 2020 season in jeopardy, a worrisome rotation becomes a glaring problem. This isn’t just a team that won’t compete for a wild-card spot, they’ll struggle to hit a .500 record.

Given Boston’s farm system remains one of the worst in MLB and this team could lose draft picks from its own sign-stealing scandal, now is the time to rebuild. Make J.D. Martinez, Jackie Bradley Jr, Christian Vàzquez and every reliever possible. Boston hired Chaim Bloom to rebuild the farm system and, given everything that has happened, a rebuild is in this team’s best long-term interests.

It was certainly a blow for the Yankees when they learned James Paxton could miss the first two months of the season following back surgery. New York’s rotation depth gave it some wiggle room to overcome his short-term loss, but then Luis Severino was ruled out for the year for Tommy John Surgery.

Even if fans look past Giancarlo Stanton and Aaron Judge likely being unavailable to start the season, the totality of the injuries is extremely concerning. A rotation that looked like it could be the best in MLB became an above-average pitching staff. Meanwhile, Stanton and Judge will be at constant risk of setbacks and that is a blow for a great lineup. The Yankees seemed like an easy choice to win the AL pennant entering spring training, but they might now be the second-best team in the AL East without a healthier lineup and a trade to boost the rotation.