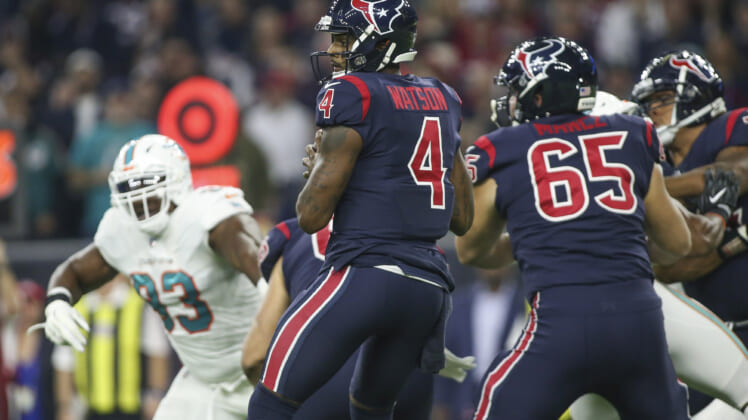 As the Nov. 2 NFL trade deadline neared, rumors were running rampant of a potential Deshaun Watson trade. All along, the Miami Dolphins have been the team to watch, with their team owner Stephen Ross reportedly being desperate for a star quarterback. The Carolina Panthers were also rumored to be interested in swinging a deal, if it were possible.

Weeks later, we’re now hearing a Watson trade to the Dolphins nearly happened, and the same with the Panthers, but there were a few significant roadblocks in the way.

Understandably, teams have been more than hesitant to express their interest in a potential trade for Watson. One, it’s illegal for another team to speak about the prospect of acquiring a player who is under contract with another team. and two, Watson has been the subject of a sexual misconduct investigation, causing teams to take a measured approach.

As Mike Florio of Pro Football Talk is reporting, Watson was nearly traded to the Dolphins. According to his sources, 18 of Watson’s 22 accusers were ready to settle in October, but the four remaining unresolved claims held the Dolphins back from striking a deal. 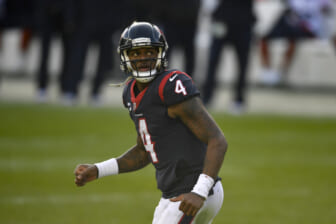 Florio also states the Panthers were ready to trade for Deshaun Watson and didn’t care about his civil settlements being settled, but the QB wouldn’t waive his no-trade clause for them, as he reportedly would have done for the Dolphins.

Ultimately, the Texans were stuck holding the bag, with Watson still on their team, rotting away on the bench as they play quarterback musical chairs. And the Panthers have done the same, but their internal options are much more limited.

Meanwhile, the Dolphins may have dodged a bullet. Tua Tagovailoa has led Miami on a five-game winning streak, giving them an outside shot at the playoffs as he begins to look like a legitimate franchise quarterback.