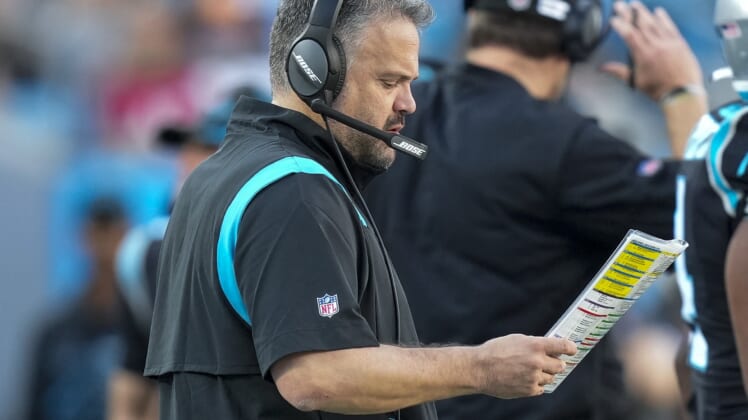 Just over a week ago, it was reported that Matt Rhule is believed to be safe, getting a chance to return as the Carolina Panthers head coach for his third season in 2022. While Rhule doesn’t appear to be in danger of being fired this season, Panthers team owner David Tepper is reportedly “unhappy and embarrassed” by the way his team has performed under the tutelage of coach Rhule according to Joseph Person of The Athletic.

After turning the Temple and Baylor college football programs around, Rhule has been unable to replicate the same success in the pros. In seven years as a college head coach, Rhule compiled a 47-43 record. In the NFL, he’s amassed a 10-21 record.

While it’s always taken Rhule at least a season to get things right in his previous stops, he’s also gotten his teams to drastically improve from one year to the next. That simply hasn’t been the case yet in Carolina. They may even finish with a worse winning percentage than they had a year ago.

By attaching himself to Teddy Bridgewater and Sam Darnold for his first two years in the NFL, it appears as though Rhule may be wearing out his welcome. When offensive coordinator Joe Brady was fired in Week 13, it was the first hint of changes. Yet, now Tepper could be on the verge of considering even more changeover.

All of this comes after Matt Rhule was signed to a seven-year $62-million contract in 2020. Just two years in, Tepper already seems to be having buyer’s remorse. Yet, with five more seasons to go, it probably makes sense to give Rhule one last chance at redemption, hopefully with a better, more consistent quarterback under center. The Panthers play the New Orleans Saints and Tampa Bay Buccaneers to close out the year. 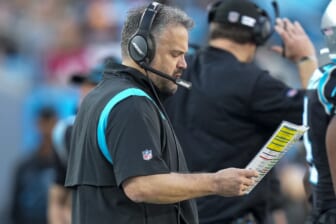