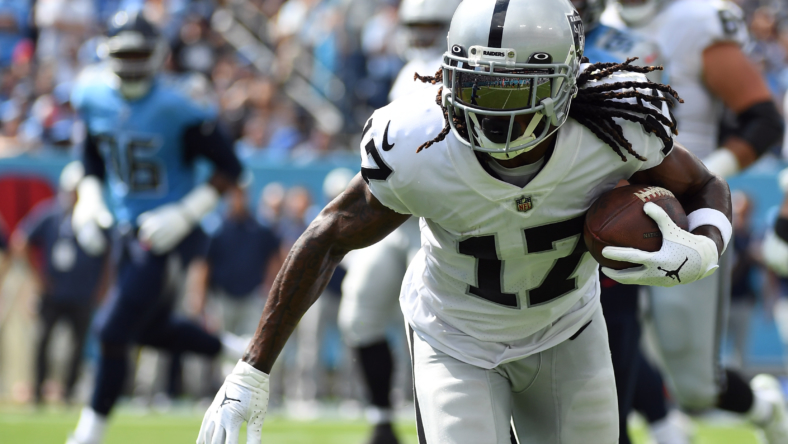 This past offseason, when Davante Adams was plotting his move to go from the Green Bay Packers to the Las Vegas Raiders, he likely didn’t envision a scenario where his team would start the season 0-3. After all, the two-time All-Pro receiver made the playoffs in the first three years of his career and also his most recent three seasons.

Playing in his ninth year in the NFL, Adams has never started a season with an 0-3 start as the Raiders are now. In fact, prior to last year’s season-opening dud, Adams has never even started his season with a loss. Needless to say, this is completely new territory for the five-time Pro Bowl receiver.

Losing is never fun for anyone, so it’s not surprising to hear Adams’s comments following their most recent two-point loss to the Tennessee Titans on Sunday. Adams was asked how he’d describe his feelings to this point in the season. Is he angry or simply frustrated with the results so far?

Reunited with his former college quarterback and close friend hasn’t worked out the way they had hoped. Catching passes from Derek Carr, so far, Adams has the lowest catch rate of his career at 50%. His previous career lows came in the first two years of his career, where Adams hauled in 57.6% and 53.2% of his targets in 2014 and 2015.

His last two years catching passes from the league’s MVP led Adams to haul in 77.2% and 72.8% of his targets from Aaron Rodgers.

Now, it’s a minuscule sample size compared to eight seasons with Rodgers, but being that Carr and Adams already had chemistry, this wasn’t the expectation. Then again, their college careers at Fresno State wrapped up nearly a decade ago, back in 2013, so maybe we should cut them some slack. Yet, we can’t help but be reminded of Adams’s comments before the year began, in which he suggested Carr was also a Hall of Fame caliber QB. We just haven’t seen it yet, apparently.

Despite facing two teams who made the postseason in 2021, few, if any, saw the Raiders beginning their year 0-3. But football will humble anyone.

We always knew the Raiders would have a tough road back to the playoffs in Josh McDaniels’s first year at the helm, especially in an uber-competitive AFC West, but an 0-3 start may be too deep to dig out of. While there’s an extra playoff slot now, since 1979, only six teams who have started their season with three consecutive losses have ever made the postseason.

Luckily they face another first-year head coach, with Nathaniel Hackett trying to spark a Russell Wilson-led offense that ranks as the third-lowest scoring team through three weeks.

After clinching a spot in Week 18 in 2021, the Raiders would be lucky to find themselves in a similar scenario this season. That’s why, facing another AFC West rival in the Denver Broncos on Sunday, the Raiders must find a way to win.