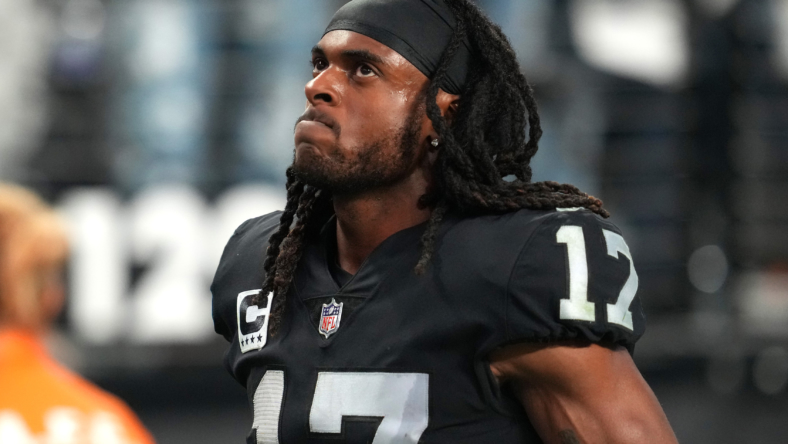 We’re 11 weeks into the NFL season, and the Las Vegas Raiders, in the first year of Josh McDaniels’ tenure, are in last place of their division at 2-7. This is not how two-time All-Pro receiver Davante Adams imagined his first season in the desert, paired with old pal Derek Carr would go.

Even before the team dropped its third consecutive game, rumors began to circulate about McDaniels potentially being on the hot seat.

But then, on Monday, following their loss, team owner Mark Davis put that speculation to bed by backing his head coach hire.

So what is it? If coach McDaniels isn’t the issue for the team’s struggles, who should fans be placing the blame on?

Well, Adams, in his first year with the Raiders, has one idea of who has been letting the fanbase down.

Even though Adams wasn’t around in 2021 to see the Raiders band together for an incredible 10-7 season that ended in a postseason appearance, the former Green Bay Packers receiver has been on a lot of good teams. Across eight seasons in Green Bay, Adams missed the playoffs just twice. Now, he’s on pace to miss the postseason for just the third time in nine years in the NFL.

It can’t feel good, but Adams thinks he knows why the team hasn’t been able to translate all their talent to the field.

“Just don’t have enough guys that are fully bought in. I don’t think people are like, you know, ‘F what (McDaniels) is talking about’ or ‘I’m going against the grain.’ It’s just a matter of executing when it’s time. It means playing a complete game, every minute of the game, giving it everything you’ve got. It’s doing your job and making the plays when you’re called on and get the opportunities, and we just don’t do that at a high enough level right now.”

Over halfway through the season, those comments are alarming. While it’s common to hear of players not “buying into” a new coach/scheme or game plan, the Raiders shouldn’t be having these issues. This was a roster that was built to win, right away.

Sure, McDaniels is a big change from Rich Bisaccia and Jon Gruden, but he’s still a respected coach who has 17 seasons of NFL experience, either coordinating an offense or coaching a team. He may not always get along with everyone, and maybe his style doesn’t mesh with some, but he’s still the head coach.

It’s not up to McDaniels to preach effort or want-to. These players are battling for jobs, earning paychecks, and fighting for playing time. Shouldn’t that be enough to put your best effort on tape, if not for your team but also for the other 31 NFL organizations constantly evaluating each other’s play? Not buying in? That’s ridiculous for a pro football player.