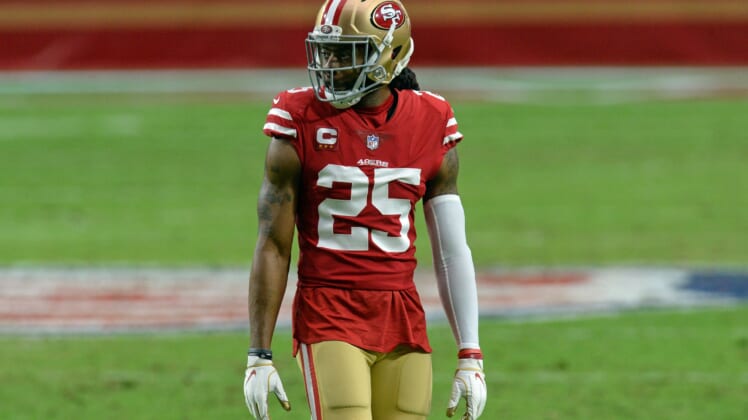 Although the upcoming 2021 NFL Draft will definitely be important and significant to the Browns as it’ll be held in Cleveland, Berry and the personnel department have free agency to worry about before then.

With more than $25 million in salary cap room during an offseason where most teams are strapped for cash, these Browns can afford to be aggressive buyers. Below is a look at who their top five free-agent targets should be.

Trust in Greedy Williams if you’d like. The reality is, the Browns don’t have a true alpha in their secondary like Sherman, much less a future Hall of Famer who’s won a championship and has also played under Cleveland defensive coordinator Joe Woods during their shared time with the San Francisco 49ers.

Nerve damage in his shoulder knocked Williams out for the whole 2020 season. He seems like a great person and has tons of potential, but in terms of winning right now, there’s almost no question Sherman would be a better starting option on the outside along with Denzel Ward.

Sherman is still playing at a high level, and even if he’s lost a step or so, having a dynamic corner like Ward on the other side of him will more than make up for that in the midst of his age-33 season. It also helps that Myles Garrett is leading the pass rush, which is what Nick Bosa was able to do for the 49ers when they played in the Super Bowl two seasons ago.

During that exceptional 2019 run in San Francisco, Sherman was the No. 1 cornerback by Pro Football Focus’ grades. He was among the many Niners to suffer injuries this past year, and only played in five games.

Injuries haven’t really plagued Sherman enough in his epic career to the point that it’d be a red flag now. He came off a torn Achilles and played arguably the best football of anyone at the position years after that. His familiarity with Woods is a big plus, and his advanced football age combined with the lowered NFL salary cap means Sherman won’t cost a ton in free agency.

Kevin Johnson was last offseason’s flier at slot cornerback, but his one year of strong production from 2019 turned out to be an aberration, as he failed to fill the role adequately in Cleveland.

King’s value will be down a little bit since he’s regressed over the past two seasons. That said, he’s still only 26 years old, and was an All-Pro selection in 2018. His youth, upside and higher-end performance to date makes King worth the open-market plunge as opposed to re-signing Johnson and hoping for the best.

There’s the chance that if the Browns go for an outside corner like Sherman or Patrick Peterson instead that either Ward or Williams could flex into the slot, but their lack of proven play there to date makes that a dubious projection.

Whereas most teams are significantly limited by the NFL salary cap, it actually works to Cleveland’s advantage in this case. At worst, King can sign a one-year prove-it deal that’s a little more expensive than perhaps the Browns would like. Oh well — they can afford it.

After being traded during last season from the Los Angeles Chargers to the Tennessee Titans, though, maybe King will want to settle down somewhere and sign for multiple years with the Browns.

If King winds up returning to his 2018 form, he’ll be such an incredible boost to the defensive backfield. Despite his coverage numbers being down in 2020, though, another encouraging aspect of King’s game is that he ranked seventh among PFF’s 118 qualifying cornerbacks in run defense grade.

Clowney isn’t so much a desirable target compared to other premium edge defenders on the market as he is a realistic and probably cost-effective one.

The Browns pursued Clowney hard last offseason but failed to land him despite reportedly offering him the most money.

One can forgive Clowney for the skepticism that led him to choose Tennessee instead. Cleveland featured a new head coach and GM and a long history of losing. Many offseasons prior, the team would make good-looking moves on paper that never panned out on the field.

Now that he’s observed what the Browns are building under Stefanski and Berry, perhaps Clowney will reconsider the possibility of teaming up with Myles Garrett to wreak havoc off the edge.

When he was at this best with the Houston Texans, Clowney had the benefit of J.J. Watt to attract double teams for the most part. However, when Watt played only five games during the 2017 campaign, many forget Clowney had a personal-best 9.5 sacks that year.

There’s no question that Clowney has always been more of a run stuffer than a pass-rushing specialist, yet he’s underrated in the latter department because quarterback pressures and hits aren’t as memorable as numbers in the sack column.

Pairing with another former No. 1 overall pick in Garrett has to be far more appealing to Clowney than it appeared to be a year ago. He could almost single-handedly transform Cleveland from a middling defense to easily one of the top 10 in the NFL.

Tartt is someone who knows all about sticking by a losing franchise and finally being there for a Super Bowl appearance. He experienced precisely that two seasons ago with the San Francisco 49ers. Unfortunately, injuries have plagued Tartt’s career, and he’s never fully hit his stride since being a second-round pick in 2015.

There are few players at the safety spot who’d offer a better bargain on the back end than Tartt. Cleveland’s 2020 second-round pick, Grant Delpit, was meant to start at safety until a torn Achilles in training camp derailed his rookie campaign.

Thanks to his phenomenal football IQ, discipline against the run and athleticism to hold his own in coverage, few free agents are as valuable and versatile as Tartt. While the Browns used one-year stopgap options to patch up key areas of their back seven last season and won’t want to resort to that strategy again if they can help it, Tartt is the type of player who could be a Pro Bowler who only costs something like $5 million per season over two years, with a potential option for a third.

It’s just a fact that the Browns’ safeties were a serious weak spot in 2020, and may have cost them a chance to go even deeper in the AFC. In-season trade acquisition Ronnie Harrison was the best player by far, and Karl Joseph was decent against the run, but bad in coverage and is a free agent.

Acquiring someone like Tartt isn’t going to send Cleveland fans into a frenzied state of ecstasy, yet he’s a legitimate starting candidate with tons of upside whose best football is likely ahead of him. A trio of Delpit, Harrison and Tartt — particularly considering the latter was with Woods in San Fransisco like Sherman was — would make the Browns’ safety room loads better in 2021.