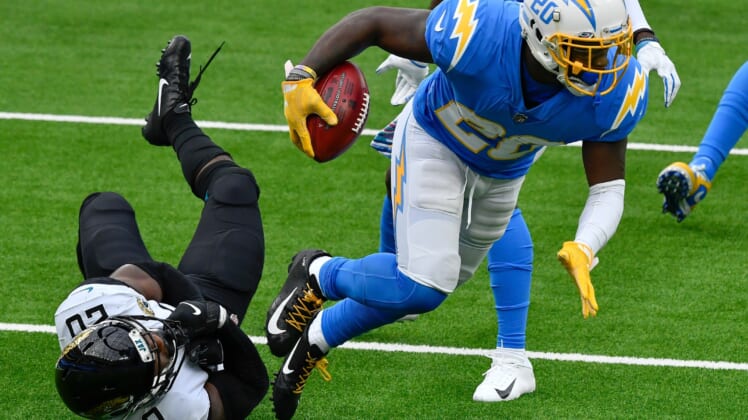 The Tennessee Titans are acquiring All-Pro cornerback Desmond King from the Los Angeles Chargers, in a potential trade that could shake up the NFL’s playoff picture.

Coming off an ugly loss to the Cincinnati Bengals, with the NFL trade deadline on Tuesday, the Titans struck a deal that could be monumental for their defense.

According to NFL Network’s Ian Rapoport, the Titans will receive King and send a 2021 sixth-round pick to the Chargers.

King, who was inactive for Week 8, was put on the trade block in April. He earned All-Pro honors in 2018, but his play dipped a bit last season. Set to hit the open market at the end of the year, the 25-year-old is recognized as one of the best slot corners in the NFL.

Tennessee’s defense just allowed Joe Burrow to throw for 249 yards and two scores in Week 8, leading to a 31-20 victory on Sunday. The Titans have played without top corner Adoree Jackson all year, leaving their secondary to allow nearly 270 yards per game.

Jackson enjoyed a breakout season in 2019, being targeted just 46 times in 392 coverage snaps with 30 receptions allowed. He returned to practice last week after missing time with a knee injury and could return in Week 9.

With Jackson and King in the secondary, Tennessee’s defense should significantly improve in the second half of the season.