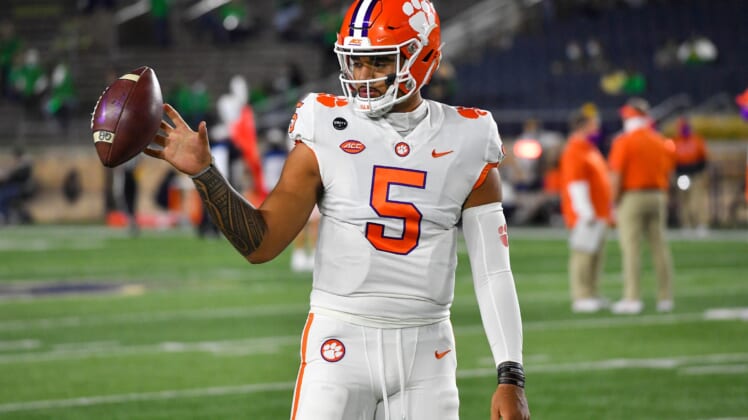 Clemson Tigers sophomore D.J. Uiagalelei is among the 30 quarterbacks listed on the preseason watch list for college football’s Davey O’Brien Award, which is given annually to the nation’s top QB.

The school announced the news of Uiagalelei’s candidacy on Tuesday, as the rising second-year signal-caller is being held in extremely high esteem despite a limited sample size to date.

Candidates for the watch list needed to have at least one collegiate start, and the list was compiled based on what the QBs have done in their careers to date, and how they’re projected to do during the 2021 campaign.

What little we’ve seen from Uiagalelei thus far has been extremely promising.

Arriving at Clemson as 247Sports’ No. 1 pro-style QB prospect from the class of 2020, Uiagalelei knew it was unlikely he’d see much action at all as a true freshman. After all, he was playing behind Tigers legend and eventual Jacksonville Jaguars top overall draft pick Trevor Lawrence. 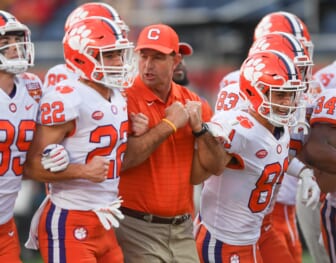 Circumstances suddenly shifted when Lawrence tested positive for COVID-19 during the season, which thrust Uiagalelei into a surprise starting role.

Uiagalelei capably guided the Clemson offense to an excellent showing against Boston College in his starting debut. He threw for 340 yards and two scores and ran for another touchdown in that 34-28 victory.

The next week, Uiagalelei was tasked with going on the road to Notre Dame. Even as Clemson tailback Travis Etienne got bottled up all evening, the Fighting Irish had no answer for Uiagalelei, who racked up a ridiculous 439 yards passing in a 47-40 double-overtime loss.

Although he won’t be as hyped as, say, Oklahoma’s Spencer Rattler or North Carolina’s Sam Howell, don’t be surprised when Uiagalelei plays just as well or better than the presumptive elite QBs in college football.

Clemson should be in for another spectacular year despite losing Lawrence. Every other team who qualified for the College Football Playoff is replacing a QB.

Alabama’s Mac Jones won the Davey O’Brien Award in 2020, and is now on the New England Patriots as Bryce Young prepares to take over. C.J. Stroud has big shoes to fill in The Shoe at Ohio State as he takes the reins from Justin Fields. Lastly, Ian Book’s leadership will be sorely missed at Notre Dame, as Wisconsin transfer Jack Coan needs to win over his teammates in a hurry.