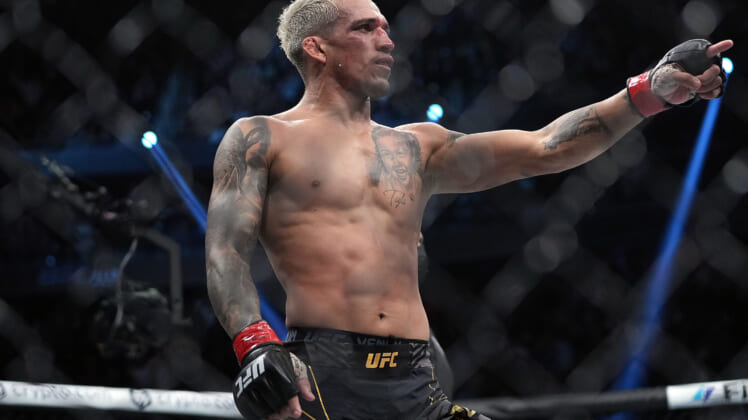 UFC lightweight champion Charles Oliveira missed his contracted weight for his title bout at UFC 274. Forcing the promotion to make a new booking that will see the title vacated once the main event begins on Saturday night.

Oliveira, 32, was originally scheduled to face No. 1 contender Justin Gaethje for his 155-pound title on May 7, inside Phoenix’s Footprint Center. However, there has been a major shift in that booking. The Brazilian will still be fighting at UFC 274, but he won’t be able to take the title home with him if he is victorious.

On Friday morning, the lightweight champion was unable to make his contracted weight of 155-pounds. After two separate attempts, and an hour break to cut the half-pound he was over the limit, Oliveira weighed in at 155.5 pounds. The weight miss has now forced the UFC to make some major contractual changes to Saturday’s main event.

While combat sports history has seen hundreds of instances like that, and new contracts being created on the spot and at new weights, this rarely happens with title fights.

It seems the UFC — and maybe even Gaethje — were unwilling to reschedule the bout. It was first reported after the weight miss that Oliveira will be stripped of his title and fight nonetheless tomorrow night. However, Yahoo Sports MMA insider Kevin Iole was told by the head of the promotions PR department that Oliveira will remain the champion but the title will be vacated once the bout starts.

If the American wins he will become the new UFC lightweight champion. However, if “do Bronx” is victorious, the championship will remain vacated.

It is a stunning development for Oliveira who just earned the title almost exactly a year ago with a second-round technical knockout of Michael Chandler — who also competes at UFC 274. He then defended the title successfully in Dec. against Dustin Poirier and was looking to make his second defense on May 7.

For Gaethje, a former interim lightweight titlist, this will be his second chance at the lineal division title. He came up short in a unification bout against one-time champion Khabib Nurmagomedov in Oct. 2020. He’s fought once since. That being a Nov. unanimous decision win against Chandler in a bout that was viewed by most as the 2021 fight of the year. 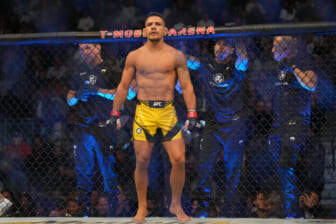