The Brooklyn Nets are expected to hire Ime Udoka as the organization's next head coach after firing Steve Nash on Tuesday afternoon. 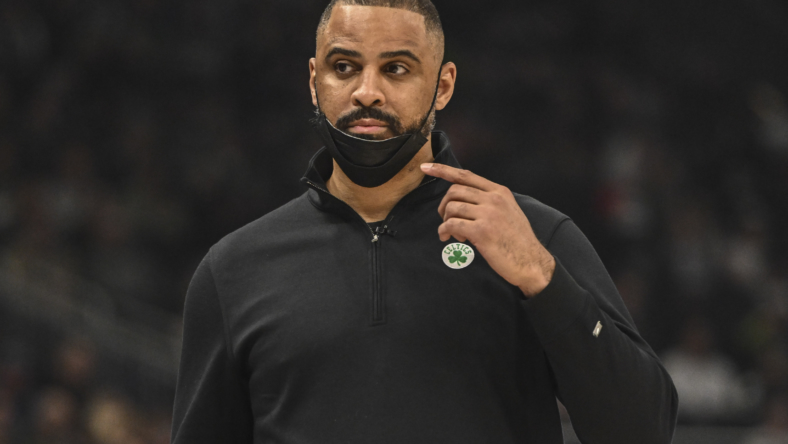 The Brooklyn Nets are expected to hire Ime Udoka as the organization’s next head coach after firing Steve Nash on Tuesday afternoon, according to The Athletic’s Shams Charania.

Udoka is currently suspended by the Boston Celtics for workplace violations. Boston has granted permission for Brooklyn to speak to the 45-year-old and will allow him to leave freely.

The Nets were also linked to Quin Snyder and others but it appears the organization is moving forward with Udoka, which could be finalized in the next 24-48 hours.

The Nets did not waste much time after parting ways with Nash on early Tuesday afternoon. The news slowly started to roll out that Brooklyn would be interested in Udoka and then reached this point.

An important factor to know in this process is that Udoka is not suspended by the NBA. The Celtics suspended him for an in-house issue which turned out to be workplace violations with another employee.

It appears based on Charania’s tweet that Boston will let Udoka go to the Nets without any compensation. Many have immediately started questioning whether Boston would receive any draft picks in return since he is under contract.

However, the Celtics likely want to move on from the situation. There is nothing positive about it between both parties and Udoka leaving was their best interest since the start of this process. 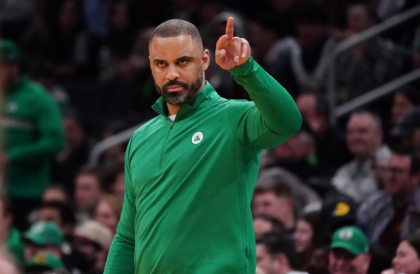 As for Brooklyn, this would be a good hire based on pure basketball. Udoka led the Celtics to the NBA Finals in his first full-time season as coach, only to lose to the Golden State Warriors.

But, the off-the-court issues are too significant to ignore. It will be interesting to see how Brooklyn and Udoka navigate this process if it does indeed happen in the coming days.

Jacque Vaughn will be the interim head coach until any news about a hire is announced. It will be interesting to see how the Nets perform without Nash as their head coach.

While the Nets move forward with Vaughn, the looming desire for Udoka to become their head coach is strong. Stay tuned for any more updates on the Nets’ coaching search.