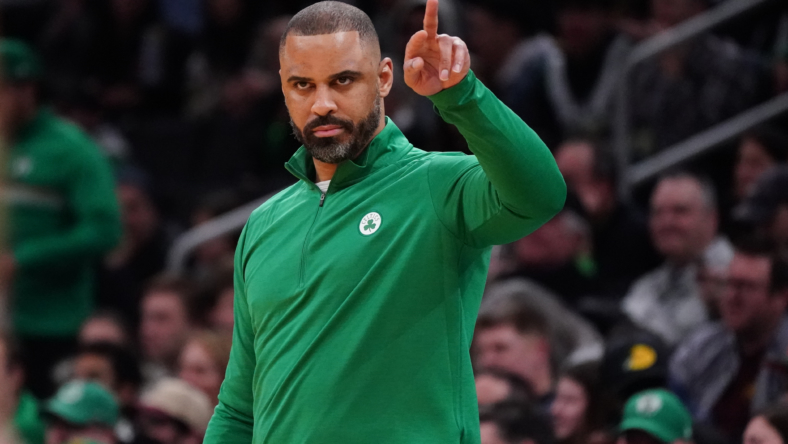 The Brooklyn Nets’ hiring of Steve Nash was ridiculed from the moment it occurred in September 2020. Well, the Nets’ search for a coach is back on again after the organization fired Nash on November 1, 2022.

Any coaching opportunity that has Kevin Durant and Kyrie Irving along with it will likely be a lucrative job. While it might be a lot to handle with the drama, the team itself should be good on paper.

The 47-year-old interim head coach has coaching experience in the NBA. Vaughn was the head coach of the Orlando Magic from 2012-2014 but was let go by the organization with a 15-37 record in his final season

This would be the best choice if the organization wants someone with experience with the roster. Vaughn is in his eighth season with Brooklyn but has less head coaching experience than other candidates.

The other candidates on this list are certainly more well-known by casual NBA fans as they have made great strides in their coaching careers.

Related: Kevin Durant was right, Brooklyn Nets had to fire Steve Nash and they have

Quin Snyder is likely the most well-known candidate on this list and he would be a good hire for Brooklyn. Snyder is currently a free agent after he stepped down as the Utah Jazz’s head coach after the conclusion of last season.

The 56-year-old coach has been very successful in his coaching career. Snyder served as Utah’s head coach for eight seasons and only had a losing record two times. Both of those occurred in his first two seasons with the organization.

Snyder has never gotten to the Conference finals in his time as a head coach, which is one of the things that has plagued him. However, it is not making Brooklyn shy away from him.

The Nets are expected to inquire with Snyder about the possibility of coaching the team, according to ESPN’s Adrian Wojnarowski. However, the organization reportedly has another name on the list.

Who is the final and most controversial candidate for the head coaching job in Brooklyn?

Related: Utah Jazz coach Quin Snyder is reportedly on the verge of stepping down after 8 seasons

Ime Udoka is another coach that Brooklyn is expected to pursue, per Wojnarowski. Udoka is currently suspended by the Boston Celtics after workplace violations and will not return at any point during the 2022-’23 season.

Most importantly for the Nets, the 45-year-old coach is not suspended by the league itself. The Celtics suspended Udoka but nothing came from the NBA as this was in-house.

Some have questioned whether Boston would ever allow Udoka back in the locker room after his year-long suspension and it appears that will be the case moving forward. 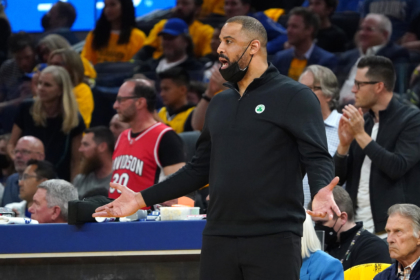 The Celtics will let Udoka leave for another head coaching job, according to Wojnarowski. This seems to suggest that Boston has little interest in continuing the partnership when the suspension concludes.

According to The Athletic’s Shams Charania, Udoka has emerged as a strong frontrunner to be the next head coach for Brooklyn. If so, the media storm coming to Brooklyn would become even more severe.