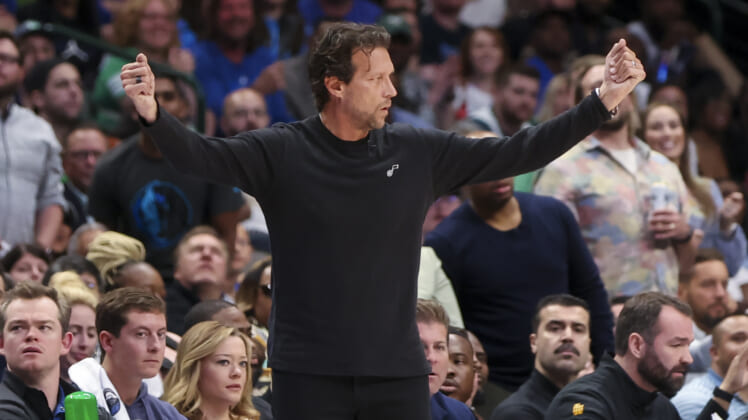 Utah Jazz head coach Quin Snyder is said to be mulling the possibility of stepping down from the role he has held for the last eight seasons.

On Tuesday night, ESPN broke the news of sources informing the outlet that as Snyder and team executives continue to discuss the organization’s strategy for next season, it is a real possibility that the 55-year-old could end his tenure with the franchise.

Discussions between the head coach and owner Ryan Smith, CEO of basketball operations Danny Ainge, and general manager Justin Zanik have reportedly been held in “good faith” as they discuss his future with the organization. However, as the group looks to find the team’s path forward after a disappointing first round exit in the NBA Playoffs, the team hasn’t been able to secure Snyder’s services for next season.

Quin Snyder took over the Utah Jazz job ahead of the 2014-2015 season. After back-to-back seasons where the team had a record near .500, the Jazz has finished with winning records and reached the playoffs in every season since. However, the squad has not gone any further than semifinal appearances in those years.

In April, the team’s general manager threw his support behind Snyder, who has a 372-264 record as the head coach of the team.

“Quin Snyder is one of the best coaches in the NBA,” Justin Zanik said. “There is no other partner I would rather have as a coach and as a leader of our players and as a partner in our front office than Quin Snyder.”

Yet with the team’s success for much of the last decade, the expectations for their performance have increased greatly. After their latest opening-round ouster — this time to the Dallas Mavericks — there is no doubt change is likely coming. And there has been a great deal of scuttlebutt over if the pairing of All-Stars Donovan Mitchell and Rudy Gobert has hit its ceiling. 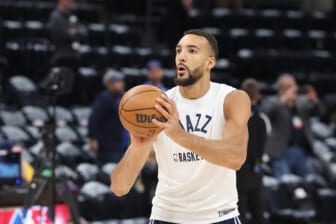 In recent weeks, rumors have suggested the organization wants to build around Mitchell, and in the pursuit to shake things up and improve the team, Gobert could be used as a chip in possible trades.

Snyder was a name rumored for the Los Angeles Lakers head coaching opening before Darvin Ham was offered the job. However, he quickly removed his name from any discussions about other coaching opportunities. He has two more years left on his contract, including an option season in 2023-2024.