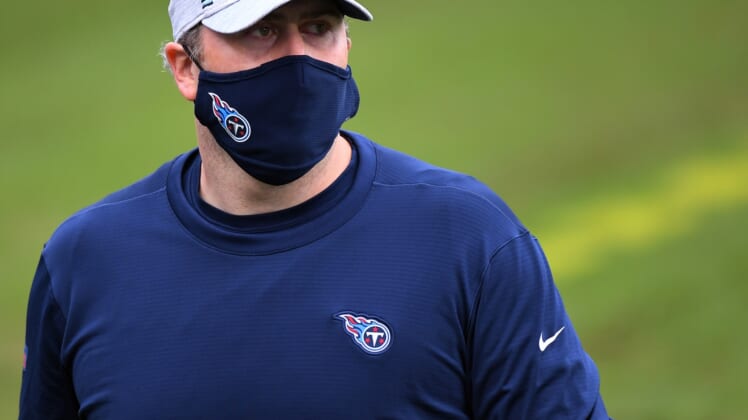 Arthur Smith is set to become the Atlanta Falcons head coach, replacing Dan Quinn to kick off an offseason that could see significant changes across the organization.

Following a conductive coaching search, including interviews with top coordinators on both sides of the ball, Atlanta offered its head coaching job to Smith on Friday, with the news first reported by ESPN’s Dianna Russini. For Smith, who spent the past two seasons as the Tennessee Titans offensive coordinator, this will be his first head coaching gig at any level.

The 38-year-old entered the offseason as one of the top coaching candidates available. After working his way up the ranks as a coaching assistant at the college level and then the NFL, Smith will become one of the youngest head coaches in pro football.

Here’s the official announcement from the Falcons:

Smith began his coaching career in 2006 as a graduate assistant for North Carolina. He joined the Washington Football Team in 2007 as a defensive quality assistant, spending two years with the team. After a year away from football, he was hired as a defensive intern and administrative assistant at Ole Miss.

In 2011, Smith joined the Titans’ organization on head coach Mike Munchak’s staff as a defensive quality control coach and later switched to the offensive side in 2012. When Ken Whisenhunt took over in 2013, Smith remained with the team and became its offensive line and tight ends assistant. He continued to make a strong impression on the organization, receiving a promotion to assistant tight ends coach and serving in that role from 2014-’15.

When the Titans fired Whisenhunt and made Mike Mularkey their next head coach in 2017, Smith coached the team’s tight ends. Once more, Tennessee made a change at the top. After hiring Mike Vrabel in 2018, Smith retained his title. When the Green Bay Packers hired Matt LaFleur, Smith took over as Tennessee’s offensive coordinator in 2019.

With a head coach in place, the Atlanta Falcons can now focus on hiring a general manager. As of Friday, New Orleans Saints executive Terry Fontenot is expected to land the gig and likely approved Smith’s hiring.

Throughout the hiring process, the Falcons made it clear to prospective candidates that Matt Ryan and Julio Jones’s futures are to be determined. Any general manager and head coach could pitch the organization to either trade the superstars this offseason or keep them in Atlanta.

Related: Falcons owner reasserts that Matt Ryan and Julio Jones might not return

Smith will likely see plenty of value in having a Pro Bowl quarterback and All-Pro receiver to build his offense around. Given what he did for Ryan Tannehill’s career, the Falcons should have extreme confidence that their new head coach would get the best out of Ryan.

That’s not the only impressive aspect of Arthur Smith’s resume. As noted by ESPN’s Dianna Russini, the Titans have had one of the best offenses in the NFL since hiring Smith. Over the last 20 seasons, Smith’s offenses ranked 1st in red-zone efficiency, 2nd in yards per play and 4th in scoring.

Smith’s offense relies heavily on the play-action attack, so the Falcons could address running back this offseason. If a player like Najee Harris or Travis Etienne is available in the second round, they could be tremendous additions.

If Atlanta keeps Ryan and Jones, this offense should be explosive in 2021. A receiving corps with Jones and Calvin Ridley is better than what Smith had with the Titans. While the Falcons won’t have Derrick Henry in the backfield, this passing attack would still be lethal.