Tyler Booker, a highly touted offensive tackle recruit from IMG Academy in Bradenton, Florida, has officially committed to Alabama, as the Crimson Tide beat out a number of premier programs to land him.

Booker shared a photo of himself and legendary Alabama coach Nick Saban on social media to confirm his commitment:

After taking an official visit to Tuscaloosa three weeks ago, Booker showered praise on Alabama’s program, and said, per Rivals‘ Bama insider Andrew Bone, “Why go somewhere else to try and achieve greatness when it’s already the standard?”

Fair point — and an indication that Alabama may have just landed its next outstanding offensive linemen to join the long list of eventual NFL players Saban has produced during his epic tenure.

The Crimson Tide offense is largely built around running the ball and overwhelming opponents with their size and strength in the trenches.

Booker is exactly the type of tackle Saban covets. Alabama has successfully recruited plenty of top-flight prospects before, so it’s no surprise Booker picked the Tide over Ohio State, Georgia and Florida among others.

According to 247Sports, Booker is rated as the 39th-best prospect in the country, and the No. 5 offensive tackle in the class of 2022. However, the ESPN 300 holds Booker in higher esteem, rating him as a 5-star recruit rather than a 4-star, and rating him the top player at his position and the seventh overall player.

In any event, the Crimson Tide are getting yet another phenomenal blue-chip talent on their roster beginning next season.

Alabama already develops quality o-linemen. In the past three NFL Drafts, tackles Jonah Williams, Jedrick Wills, and Alex Leatherwood have all gone in the first round. A similar fate may be in store for Booker, given his current trajectory and how athletic he is for being 6-foot-5 and 325 pounds.

What Booker and Saban both have to be jazzed about regarding the youngster’s potential is that, at least for the 2021 campaign, he’ll have Doug Marrone as his position coach. 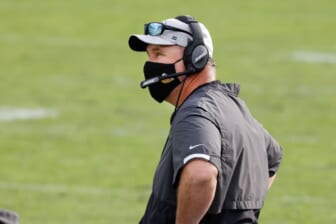 Marrone is a two-time head coach in the NFL, and while his stints in Buffalo and Jacksonville ultimately didn’t pan out, he rose through the coaching ranks because of his expertise in developing offensive linemen.

With all the resources Alabama has at its disposal, Saban’s legendary Process in place, and Marrone joining the fold, the sky is the limit on Booker’s ceiling.

It’ll be interesting to see how Booker fits once he arrives on campus. True freshman JC Latham is projected to be Bama’s starting right tackle, which is the position Booker worked most at as a prep-level junior.

Oh, by the way, they’re former teammates at IMG Academy, and Booker spoke about how close they are in the aforementioned Rivals article.

“He is like a brother to me; just being around him this weekend was great,” Booker said. “He told me Alabama is a lot like IMG, but just a lot harder. He knows I can have success at Alabama because of my mind-set and work ethic.” 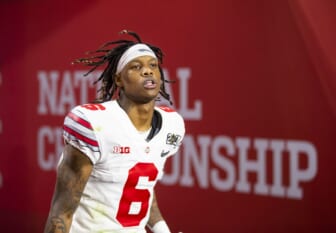 Left tackle Evan Neal is expected to be a first-round pick in the 2022 NFL Draft. Depending on whether Latham slides over to the left side or not, he and Booker could very well be the young cornerstones the Tide build their line around in the coming years.

Again, the value of Marrone’s presence can’t be overstated, as both Latham and Booker seemed destined for greatness in Tuscaloosa.