Detroit Lions’ Aidan Hutchinson would like to ‘smack Tom Brady’, talk smack to him 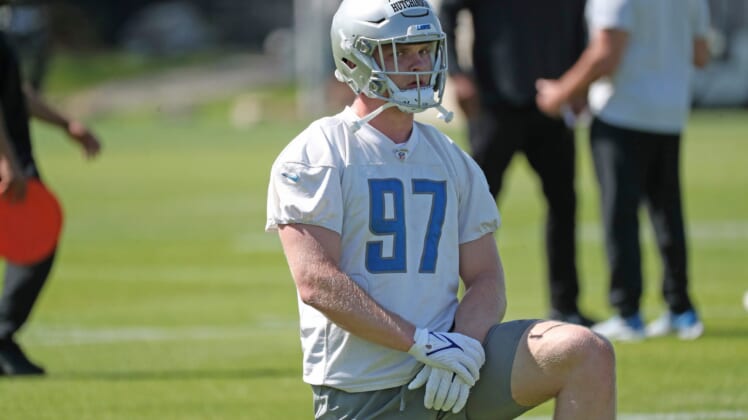 Detroit Lions edge rusher Aidan Hutchinson wants to experience a lot of achievements in his NFL career. Among his foals, taking down Tampa Bay Buccaneers quarterback Tom Brady and letting the future Hall of Famer know about it after.

Brady is used to being called out by young pass rushers. During his rookie season, Washington Commanders edge rusher CH=hase Young yelled that he wanted to face Brady, screaming ‘Tom Brady! Tom Brady, I’m coming!” When they faced off in the NFL Wild Card round, Young failed to record a sack and Brady threw two touchdowns with 381 passing yards in a 31-23 victory. 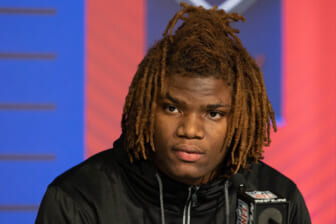 Hutchinson wants his own shot at the all-time great quarterback. At the NFLPA Rookie Premiere, the second pitch in the 2022 NFL Draft told New Orleans Saints defensive end Cameron Jordan that he wants to take down Brady.

A lot of things will need to go right for Hutchinson to get that opportunity. Detroit doesn’t face the Buccaneers in the regular season, meaning the Lions would need to make the playoffs for the rookie to even have a shot at sacking Brady.

While Detroit is a team on the rise, competing for a playoff spot this season is highly unlikely. So, Hutchinson will just have to hope that Brady doesn’t retire again.

It’s certainly hard to blame the rookie for wanting to face his fellow Michigan alum. After Young went head-to-head with the legendary quarterback, he received an autographed Tom Brady jersey. It’s fair to say Hutchinson would receive the same honor, especially if he actually sacked the NFL star.

Even if sacking Brady isn’t in Hutchinson’s future, he’ll still have the opportunity to take down the likes of Aaron Rodgers, Dak Prescott and Josh Allen this season. If he takes down any of those elite quarterbacks, maybe they’ll contribute to his jersey collection. 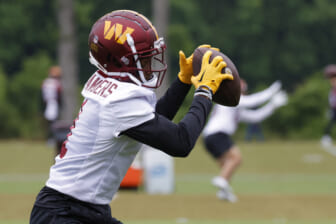 Also Read:
5 NFL rookies who may disappoint in 2022