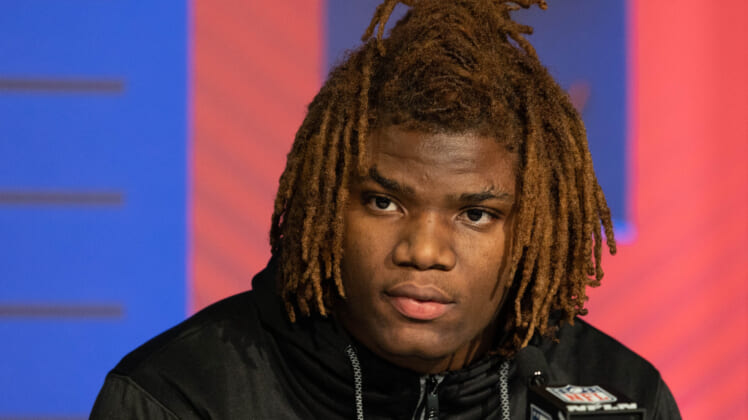 Minnesota Vikings’ 2022 top pick Lewis Cine was recently asked which player in the league he is most looking to hit in an NFL game. And his response was terrifying, while also kind of funny.

With the final selection in the opening round of April’s NFL Draft, the Vikings took Georgia Bulldogs defensive back, and NCAA champion, Lewis Cine with the 32nd pick overall. Despite some experts believing the 22-year-old could be selected earlier, he fell into the organization’s lap after trading down in the draft.

Being a first-round pick is a major feather in a player’s career cap. However, Cine may not see it that way. Earlier in the month, he made headlines when he called out the Tampa Bay Buccaneers for doing him “dirty” at the annual selection event.

Related: Minnesota Vikings schedule – Projections and analysis for the 2022 season

The Texas native claimed the Bucs promised he would be taken when they picked at No. 27. Instead, the team traded down to 33 and was beat out by the Vikings. It seemingly has put a chip on his shoulder and is added fuel to his competitive fire. A fire that he plans to use to “stack bodies” in 2022.

During a recent appearance on the “All Things Covered with Patrick Peterson and Bryant McFadden” podcast, the former star NFL DBs asked Cine if he was looking forward to putting devastating hits on certain players in particular. However, in Cine’s scary response, he pretty much admitted everyone can get it because he is looking to create a long list of victims this season.

“I don’t have one person in particular. My head is, I just want to stack bodies. That’s it,” said Cine. 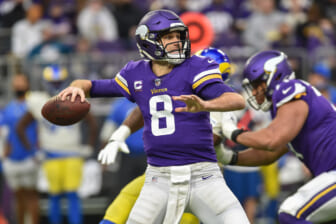 Also Read:
Minnesota Vikings GM on Kirk Cousins: ‘QB play matters, but there are other ways to win’

While on the surface it sounds like a horrifying idea, coming from the mild-mannered Cine, his matter-of-fact response got a chuckle out of both Peterson and McFadden.