How the Adley Rutschman injury impacts his 2022 MLB debut 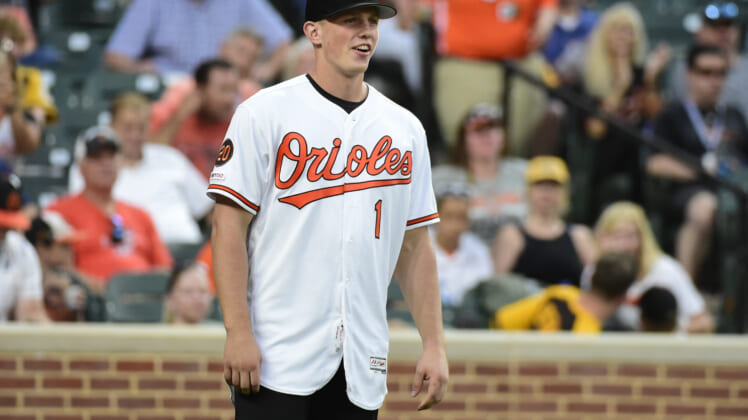 Baltimore Orioles prospect Adley Rutschman provided fans with a reason to be excited for Opening Day and the start of the 2022 season. Unfortunately, a significant injury will sideline one of the top MLB prospects for some time.

Rutschman, the No. 1 pick in the 2019 MLB Draft, reported for spring training with an opportunity to become the Orioles’ starting catcher. Coming off a strong season in the minors, there seemed to be a clear path towards the 2019 Golden Spikes Award winner earning a roster spot.

As Baltimore’s fans started visualizing what it might look like to have Rutschman in the Opening Day lineup, a minor league intrasquad game wiped that all away.

Rutschmann came out of the intrasquad game experiencing soreness in his elbow. When the issue persisted after multiple days of rest, tests determined Rutschman suffered a strained right triceps.

Orioles manager Brandon Hyde told reporters the plan is to rest the prized catcher for two to three weeks. Only after that will the club move forward slowly with a plan to try and get him back on the field.

“We’ll see, it’s going to be dependent on when he’s ready to go. Treatment for a couple of weeks, then he’s going to have to do a progression from there if all goes well.”

Baltimore Orioles skipper Brandon Hyde on the plan for Adley Rutschman, via ESPN

When will Adley Rutschman play for the Orioles?

The nature of the injury is concerning. Rutschman is a right-handed thrower and his defensive work is what makes him one of the best prospects in baseball. Many in Baltimore hoped he could emerge as a young leader for the pitching staff immediately in 2022, playing at a Gold Glove-caliber level behind the plate.

First listed with elbow soreness, it raised some concerns for the ulnar collateral ligament. Tommy John surgery isn’t career-altering like it used to be, but pitchers and catchers who need their torn UCL repaired miss at least a year of action.

When Driveline Baseball covered pitching mechanics in 2010, it touched on some of the causes that lead to UCL damage. One of the key points is issues with stability surrounding the elbow as the triceps serves as one of the “dynamic stabilizes” to assist the UCL and reduce the risk of overload.

Seeing a catcher experience issues with his elbow this early into the season is concerning. While there is no reason to believe there is any UCL damage, the importance of stability for the elbow means this is something Baltimore can’t rush.

Many will suggest the Orioles are going to use this as a method of service-time manipulation and it’s a fair criticism of many organizations. However, this is the most important player the organization has had in more than a decade.

Baltimore can’t rush this. Further setbacks or clearing Rutschman to return too quickly might increase the risk of strain on the UCL in his throwing elbow. Considering it’s a valuable part of his game, one of the reasons many believe he’ll compete for MLB MVP in the future, patience is the best approach.

For the time being, Robinson Chirinos can hold things down as the everyday catcher with Jacob Nottingham behind him. 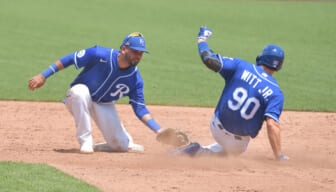 The Orioles are going to finish near the bottom of the standings no matter what happens in 2022. It’s all about the future and that’s what is being prioritized. When Rutschman debuts, he’s going to be ready and healthy. As the saying goes, good things come for those who wait.