Aaron Rodgers was ’50-50′ on retiring this offseason

After years of frustration with the Green Bay Packers, reigning NFL MVP Aaron Rodgers had enough. But when the franchise denied his trade request, Rodgers contemplated his future and considered retirement.

Frustrated by specific actions taken by general manager Brian Gutekunst and a lack of communication, Rodgers demanded a trade this spring. Believing the organization was no longer taking his interests into consideration, even if it hurt the team’s Super Bowl chances or locker room, Rodgers had enough.

While the tension between the two sides became public this offseason, it had been on Rodgers’ mind for more than a year. As he told NBC Sports’ Peter King, the future Hall of Fame quarterback believed the 2020 season would be his last in Green Bay.

“Last year at this time, I was looking at the season as my last year in Green Bay.”

Rodgers went on to win his third NFL MVP award, delivering one of the best seasons in his career. He seemed open to a contract extension, willing to commit to the organization. But the Packers reportedly refused, the final straw leading to his trade request. 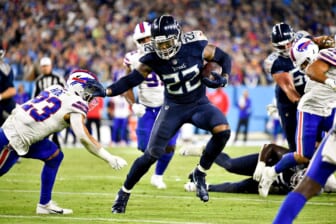 While he was away from the team this offseason, Rodgers hosted Jeopardy and contemplated his future. There was some speculation he would at least consider retirement and NFL insider Peter King shared Monday that Rodgers was 50-50 on walking away from football.

Even after Rodgers raised concerns about how the organization treats its players and CEO Mark Murphy took shots at the franchise star, the two sides reached a resolution. 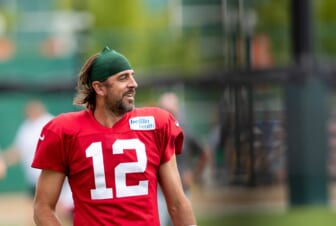 Rodgers will suit up for the Packers this season, giving this team a legitimate shot to win a Super Bowl. But after his final snap, there is a strong possibility he is headed elsewhere.

The Packers’ legend will have the option to either stick with the team or receive a trade in the 2022 offseason. Considering everything that has happened and the franchise’s grim cap situation, a departure is likely.