The restructured contract between reigning NFL MVP Aaron Rodgers and the Green Bay Packers is a bit complicated. What we do know is that Rodgers’ contract for the 2023 season voids.

Once reports broke that the two sides were about to come to an agreement after months of drama, information came out suggesting that Rodgers could pick and choose where he plays in 2022.

While that’s no longer the case, we’re hearing more information regarding the restructure. Jay Glazer of Fox Sports reported Thursday evening that Rodgers has been given an option to request a trade following the 2021 season. According to Glazer, the Packers “have about six months to try and repair the relationship.”

Is this Aaron Rodgers’ ‘last dance’ with the Green Bay Packers?

For a while during the offseason, it seems as if Rodgers had played his final game in a Packers uniform. He noted recently that retirement came up as a real option when talking to the media, blasting Green Bay’s organization in the process.

Rodgers, 37, is unhappy about the direction of the organization and his lack of role in player personnel matters. He also wasn’t too happy about Green Bay trading up for fellow quarterback Jordan Love in the first round of the 2020 NFL Draft.

It got to the point during the spring that Aaron Rodgers thought he was headed to the San Francisco 49ers ahead of the 2021 draft. They were among the three teams on his list of preferred destinations. It was an exclusive list that included the Las Vegas Raiders and Denver Broncos.

Right now, it seems unreasonable to believe that Rodgers and the Packers will find a way to extend this marriage beyond the 2021 season. He didn’t contemplate retirement for no reason. More than anything, there seems to be an issue between Rodgers and embattled general manager Brian Gutekunst.

Of course, winning can cure most ills. With Rodgers in the mix, these Packers still have to be considered legitimate NFC championship contenders. 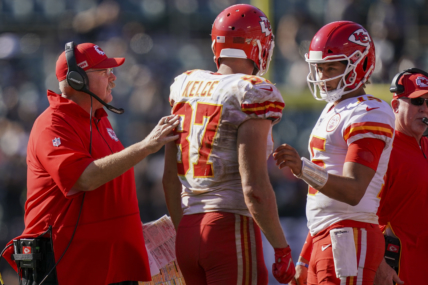 Aaron Rodgers’ stats were absolutely fire a season ago. He led the NFL in completion percentage (70.7), passing touchdowns (48) and quarterback rating (121.5). Star receiver Davante Adams returns for what might also be his swan song in Green Bay. In short, this team remains pretty darn stacked.

For the Packers, it all starts Week 1 against the conference rival New Orleans Saints. Anything short of a Lombardi Trophy would likely spell an end to Rodgers’ career in Wisconsin.