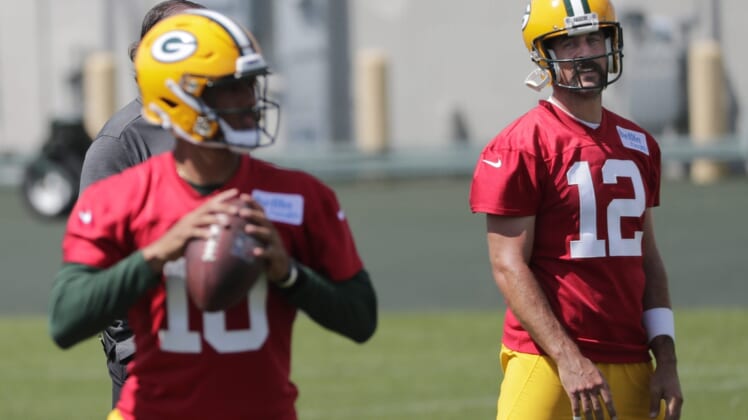 Those holding out hope for a resolution to the Aaron Rodgers standoff with the Green Bay Packers are out of luck.

Rodgers is not present at the team’s mandatory minicamp, which began Tuesday morning with team meetings.

The 38-year-old quarterback is entangled in a tense holdout he said is tied to the team’s management of the roster and communication with the front office.

Rodgers has told members of the organization he wants a trade and will not play in Green Bay again.

But team president Mark Murphy and general manager Brian Gutekunst insist there’s no trade coming for the reigning NFL MVP, despite inquiries from multiple teams, including the San Francisco 49ers and Denver Broncos.

With Rodgers staying away — he’s been training in California and recently vacationed in Hawaii — the Packers are using 2020 first-round pick Jordan Love at quarterback with the first-team offense.

If he sticks to his holdout stance or retires, Rodgers has a base salary of $14.7 million in 2021 he’d forfeit. He could also be forced to pay back previously earned bonuses.

Because the minicamp is mandatory, Rodgers is subject to daily fines for each absence this week.