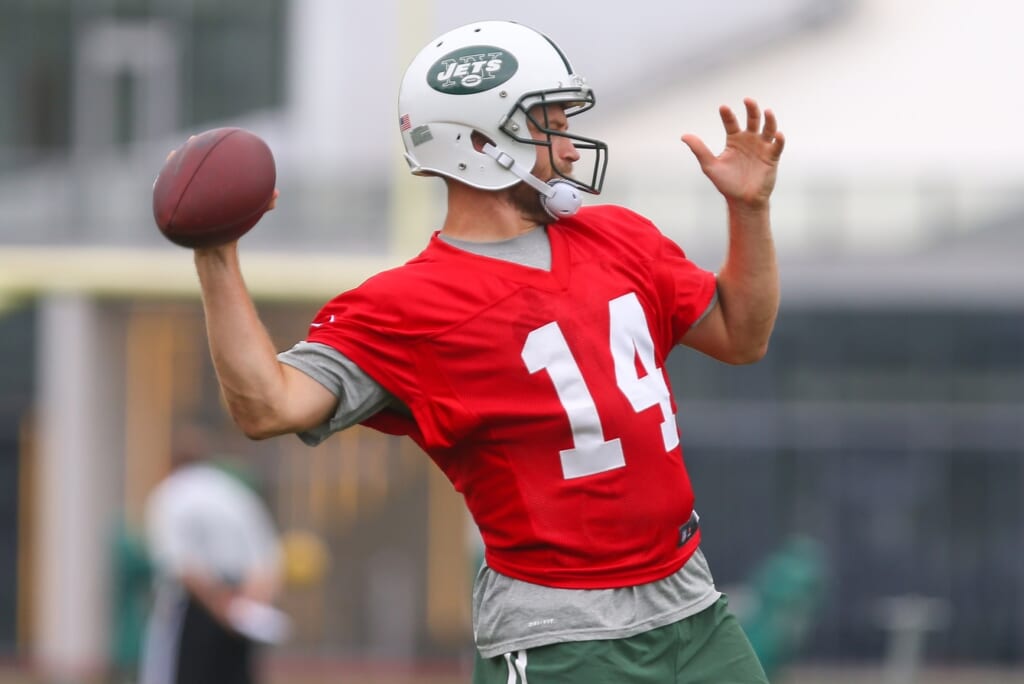 It’s no secret the New York Jets need another viable quarterback, but just as apparent is the lack of talent available in free agency. What the Jets truly need to consider at this time is a trade for another team’s backup to ensure they don’t completely lose out on the ability to stay solvent in 2015.

Ryan Fitzpatrick, in his 11th season as a pro, has never been better than mediocre and has compiled a career record of 33-55-1 as a starter. Behind him is rookie Bryce Petty, who is not close to being ready to perform at a high level this year. Things are so bad right now that New York has already kicked the tires on washed-up career backup Matt Flynn.

Geno Smith will be back at some point this year, but his teammates appear lukewarm towards him as a leader and a player—at best.

Therefore it wasn’t surprising to hear general manager Mike Maccagnan mention that the Jets have spoken to other teams about trading for a quarterback (h/t nj.com). He did mention he doesn’t expect a deal to get done any time soon, but perhaps that is nothing more than a ruse.

The Jets need to try and make a deal. With that in mind, these upcoming quarterbacks should be at the top of their list.