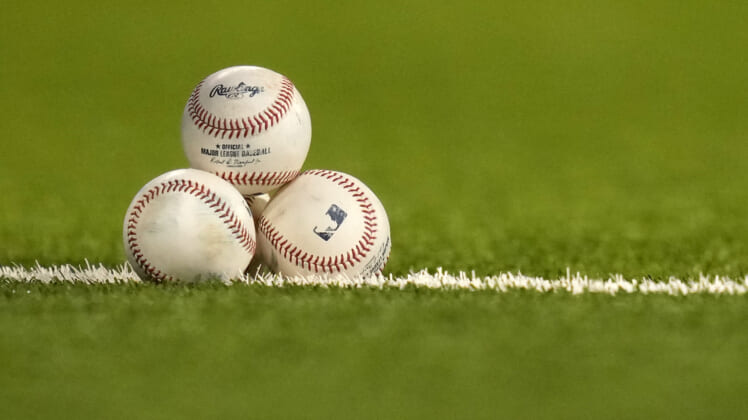 Major League Baseball and the players’ union have reportedly agreed on the key terms of a new collective-bargaining agreement, ending the MLB lockout and clearing the way for the 2022 MLB season.

League officials imposed the lockout on Dec. 2, 2021 following the expiration of the collective-bargaining agreement. Both sides expressed optimism for a new CBA being signed before spring training began. However, negotiations didn’t really pick up until January and MLB went 43 days without making a proposal after imposing the lockout. On Jan. 25, league officials first expressed a willingness to cancel games.

Since then, two league-created deadlines (Feb. 28 and March 9) passed without an agreement in place. While MLB canceled the first series of the MLB schedule and recently postponed the second week, negotiations continued throughout.

The final core issues preventing a deal came down to economic factors, qualifying offers and a future international draft.

Following the agreed stipulation, final negotiations centered on the minimum salary for players, the Competitive Balance Tax and a new bonus pool for players with 1-3 years service time.

Here’s everything you need to know about how the end of the lockout will impact the offseason and regular season.

What happens next in the MLB offseason?

By agreeing to the most important elements of a new CBA, the lockout is essentially over. Free agency opened up the minute owners ratified the deal via a 30-0 vote later on Thursday.

Because of this, there will be an overwhelming number of moves in the days ahead. Players already under contract are set to report for spring training, with clubs wanting anyone they acquire or sign to also be available as soon as possible.

When do players report for spring training?

Originally scheduled for February, spring training 2022 suffered the biggest delays because of the lockout. Typically lasting for over a month, MLB will operate on a shortened spring training schedule.

All players under contract must report to their team’s training complex by Sunday, March 13. Any players who sign in the coming days will need to report immediately.

MLB Opening Day was originally scheduled for March 31, but the lockout pushed back spring training and the first two weeks of the MLB schedule. Because of it, Opening Day 2022 will still be impacted.

It’s expected that players will need approximately three weeks of spring training to prepare for the full regular season. Pitchers require the most time, needing to build up their arm strength for a full workload across six months of work.

With players reporting to camp immediately, the process starts now. Despite multiple games being canceled, MLB can make them up through scheduled doubleheaders in the summer.

Despite passing multiple deadlines and commissioner Rob Manfred announcing the cancelation of games, there will be a normal 162-game schedule.

In order to make up for the days missed, teams will be playing games on days they were originally scheduled off. Furthermore, there will be 9-inning doubleheaders added to the schedule. The postseason will go on as scheduled.

Stay locked in for Sportsnaut’s full MLB coverage, analysis, news and predictions throughout the year.