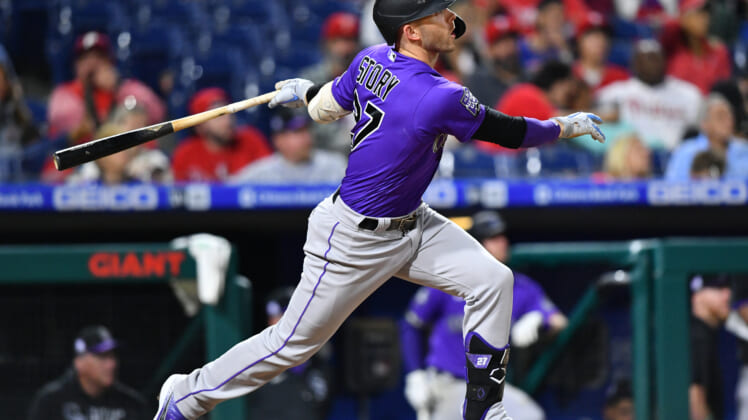 Before the 2021 MLB season, All-Star shortstop Trevor Story was floated in trade rumors as one of the most coveted talents on the market a year before hitting the open market. Even after a rough season, the young infielder enters free agency with plenty of teams still interested.

The 28-year-old shortstop experienced a trying year. Following the blockbuster Nolan Arenado trade, the Colorado Rockies signaled a rebuild and it reflected in the MLB standings. With less talent around him, a non-competitive environment and a nagging elbow injury, Story had one of the worst seasons in his MLB career.

It couldn’t have come at a worse time. Colorado also didn’t help matters by keeping him at the trade deadline, not allowing him to join a contender and robbing him of a fresh start. Fortunately, he will have plenty of teams to choose from this winter.

While the Texas Rangers are seemingly a few years away from World Series contention, ownership and the front office are ready to spend this offseason. With more than $100 million potentially available, bringing the Texas native to a new ballpark to fill a void at shortstop is the perfect way for the Rangers to open the winter.

There is a risk with Story. He dealt with elbow inflammation in 2018 and it was a lingering issue for him this past season. It may have played a role in him taking a step back at the plate, posting his worst numbers since 2017 (.239/.308/.457).

We’re not concerned about Story’s bat. The strikeout rate (23.4% in 2021) was the best mark in his career, his average exit velocity (90.6 mph) was right in line with his 2018-’19 numbers and he still hit the ball hard (38.3% hard-hit rate). While the arm is a concern, Story is an excellent fielder and there is reason to believe he can remain a great all-around shortstop through his next contract.

The New York Yankees want Carlos Correa or Corey Seager, which is understandable. Both are elite shortstops and while there are some durability red flags, much like with Story, there’s very little reason to believe they won’t provide outstanding value to New York and would help the Yankees’ World Series odds. But there’s a strong argument to be made for focusing on Story.

Financially, Correa and Seager might cost New York an additional $5 million per season with an extra four years on any potential deal. That kind of savings could be the difference between signing a starting pitcher like Marcus Stroman or Justin Verlander vs. Jon Gray and that’s significant for the Yankees rotation.

We also must compare the shortstops. Correa is the best defensive shortstop in baseball and his production at the plate is exceptional. But Correa’s wRC+ (121), ISO (.199) and OPS (.811) aren’t that different from Story (117 wRC+, .251 ISO and .880 OPS) since 2018. As for Seager, he’s inferior defensively to Story and New York is tired of negative defense in the middle infield. All things considered, if the Yankees are looking at buying wins, Story might offer the most value.

The Houston Astros contract offer to Correa (five-year, $160 million) never stood a chance. The perennial All-Star shortstop rightfully turned it down and that decision will pay off before long. But if Houston is in the market for an All-Star shortstop at that rate, Story could be the perfect fit. 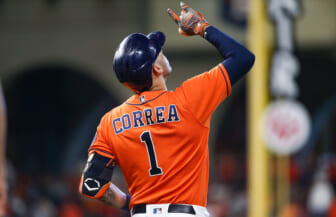 He doesn’t carry Correa’s postseason resume and there are risks with his elbow. But Story would be placed into the Astros lineup, one of the best in MLB, putting him in a great position for success. Plus, as we mentioned with the Rangers, returning to Texas could be very attractive to Story. In the end, the Astros are an excellent landing spot for him this winter.