Breaking down the 2020-21 NHL season’s winners and losers

Now that the 2020-21 NHL season is all wrapped up, it's time to look at the biggest winners and losers from each division.

As the 2020-21 NHL season ends, clubs are either preparing for the playoffs or looking to the future. For teams outside of the playoffs, the offseason is a time to assess the regular season: good signings, promising prospects, special teams effectiveness, and roster depth are just some of the factors that contribute to a team’s success.

It was a weird season to analyze, bearing in mind that these divisions are not the NHL norm and that, for the entirety of the shortened regular season (and the first two rounds of the playoffs), clubs only played in inter-divisional contests. Rebuilds and expectations also have to be considered to truly measure success.

That said, here are our winners and losers for the 2020-21 NHL season.

In short, the Oilers seem to have finally figured it out. It doesn’t hurt that Connor McDavid made NHL history with his 100-plus point campaign, nor that he and Leon Draisaitl (who also hit 500 points on his career) are the top two point-getters in the NHL.

But the team’s success goes beyond their superstars. In net, Mike Smith exceeded all expectations and posted a 2.28 goals against average and a .924 save percentage–one of the best seasons in the 39-year old goalie’s career. What’s more, Tyson Barrie is faring far better in Edmonton than he did in Toronto, recording more points in less games to become one of the top-scoring defensemen in the league.

The Flames definitely did not meet expectations this season. When they signed Jacob Markstrom to a six-year deal, they made big waves. While his 2020-21 NHL season numbers weren’t terrible–the 31-year old recorded a .905 save percentage and a 2.66 goals against average–they weren’t indicative of the goaltending they expected from him. His save percentage is the lowest he’s had since 2014-15, and he didn’t have great backup support to compensate.

The rest of the roster didn’t exactly help Markstrom out, either. Elias Lindholm leads the team with 43 points in 52 games, and Johnny Gaudreau has one less point in the same span. To make the playoffs, these numbers just don’t cut it.

After being eliminated in the qualifying rounds last season, the Pens’ first half can only be described as mediocre at best. However, they surged onto the scene in the second half of the shortened 2020-21 NHL season, catapulting into the top half of our NHL power rankings and securing the top spot in the division.

Aside from Sidney Crosby and Kris Letang, the Pens found scoring from Bryan Rust (42 points in 56 games), Jake Guentzel (57 points in 56 games) and Kasperi Kapanen (30 points in 40 games). Then, they found luck at the deadline, acquiring veteran forward Jeff Carter for conditional draft picks. Carter scored 11 points in 14 games for his new team, helping them secure the top spot.

After a promising playoff run last year, the Flyers had a disappointing 2020-21 NHL season. Carter Hart, who was outstanding last season, had a disappointing campaign–coach Alain Vigneault even scratched Hart so he could get his head right. His inconsistency, and bad performances from Travis Konecny, Claude Giroux and Jakub Voracek led to a rocky campaign, and the shaky defense didn’t help.

The club’s struggles at the trade deadline led general manager Chuck Fletcher to desperation, but nothing significant came from his efforts. In the offseason, the club will have to figure out their defense, and Hart will have to get his head back in the game–or between the pipes.

Picking between the Panthers and the Carolina Hurricanes was the toughest choice in the winners of the season. Both clubs skyrocketed to the top of their division. Ultimately, the Panthers won the edge because they ended with six straight wins. What’s more, their impressive season was built despite serious injuries to Aaron Ekblad, captain Aleksander Barkov and Carter Verhaeghe.

The Panthers improved substantially from last season, when they lost to the New York Islanders in the qualifying rounds. Jonathan Huberdeau, Barkov and Patric Hornqvist led the charge, and the club’s acquisitions in Brandon Montour and Nikita Gusev proved beneficial.

After making it to the Stanley Cup finals last season, the Stars didn’t even qualify for the playoffs, despite Jason Robertson’s promising rookie campaign. Injuries to Tyler Seguin, Alexander Radulov and Ben Bishop hurt them, sure, but Jamie Benn’s mediocre season and some questionable efforts ultimately led to the team’s disappointing season.

They didn’t compete at the level that they’ve shown they’re capable of, proving that key injuries are all it takes to dismantle this team. Despite one of the best power plays in the league and a middling penalty kill, the Stars couldn’t find ways to win.

The Wild were one of the most pleasant surprises of the 2020-21 NHL season, exceeding all expectations to sit among the top clubs in the league and, obviously, their division. Kirill Kaprizov is making a strong campaign for the Calder Trophy, recording 51 points in 54 contests to lead his team–and rookies in the league–in points.

Among other pleasantries, the goaltending duo in Cam Talbot and Kaapo Kahkonen remained competitive, helping the Wild to pull out victories over elite performers like the Vegas Golden Knights and the Colorado Avalanche.

While the Blues secured a playoff spot, they made it by on thin ice. The loss of Alex Pietrangelo and Vladimir Tarasenko (for a time) was apparent, and the club has a -9 goal differential through 54 contests.

They also have one of the worst penalty kills in the league, and Jordan Binnington’s mediocre play through the middle of the season showed his team’s weakness–they even dropped out of playoff contention for a time. The club was less than .500 at home, and depth is certainly an issue. After Ryan O’Reilly and David Perron, this team had only average scoring. 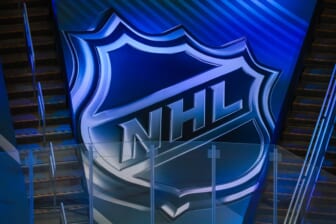