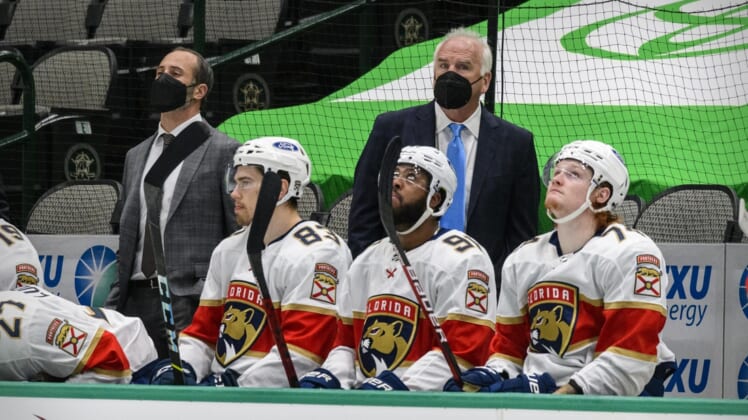 The Florida Panthers suffered a major loss Sunday when top-pairing defenseman Aaron Ekblad was injured in the second period and left the game during his club’s series finale against the host Dallas Stars.

The No. 1 overall selection in the 2014 draft, Ekblad fell after being tangled up near the end boards with Dallas defenseman Esa Lindell in the Florida offensive zone at 8:58 of the frame.

After about 10 minutes in a quiet American Airlines Arena, the seven-year veteran defenseman, who was writhing and clutching his left knee immediately following the incident, was stretchered off the ice.

In the middle of a strong season, the 25-year-old Ekblad has 11 goals — six on the power play — and 11 assists, including Saturday’s game-winner in overtime 4-3 against Dallas.