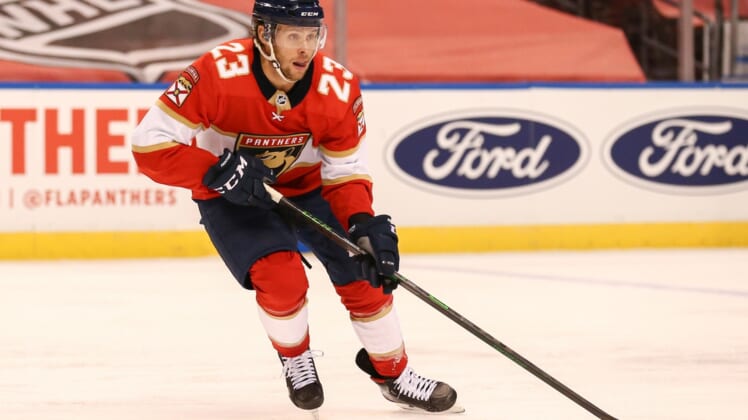 Florida Panthers forward Carter Verhaeghe is out with an upper-body injury, the team announced Tuesday.

Verhaeghe’s status to return is listed as week-to-week. He last played Saturday against the Dallas Stars, tallying four shots in nearly 21 minutes of ice time.

In 42 games this season, the 25-year-old Verhaeghe has 17 goals and 18 assists for 35 points. He spent his rookie season with the Tampa Bay Lightning in 2019-20, notching nine goals and four assists in 52 games.

His 17 goals this season ranks tied for first on the team with Aleksander Barkov, and his plus-23 differential is tops on the Panthers.

Florida also announced that forward Anthony Duclair has been activated from injured reserve, and forward Lucas Wallmark and goaltender Spencer Knight have been promoted from the team’s taxi squad. The Panthers also added forwards Sam Bennett and Nikita Gusev to the active roster.