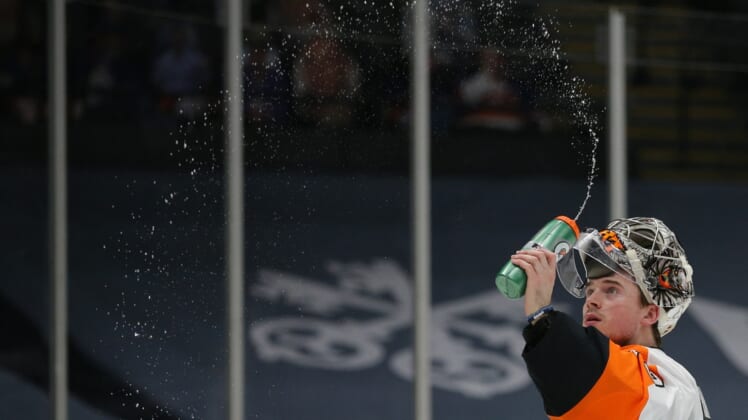 The Philadelphia Flyers are providing struggling goaltender Carter Hart a chance to find his game.

Flyers coach Alain Vigneault told reporters Monday that Hart will be scratched in games on Monday and Wednesday against the Buffalo Sabres. Veteran goaltender Brian Elliott will get the nod on Monday versus the Sabres, who are mired in a franchise-worst 17-game winless skid (0-15-2).

Vigneault stressed that this is not a vacation for Hart, who has yielded 39 goals in his last 10 games.

“This is not a rest day for Carter, this is a work day for him. We were able to have him skate in practice (on Sunday), we’re going to have him skate and then stay on the ice and work on his game,” Vigneault said.