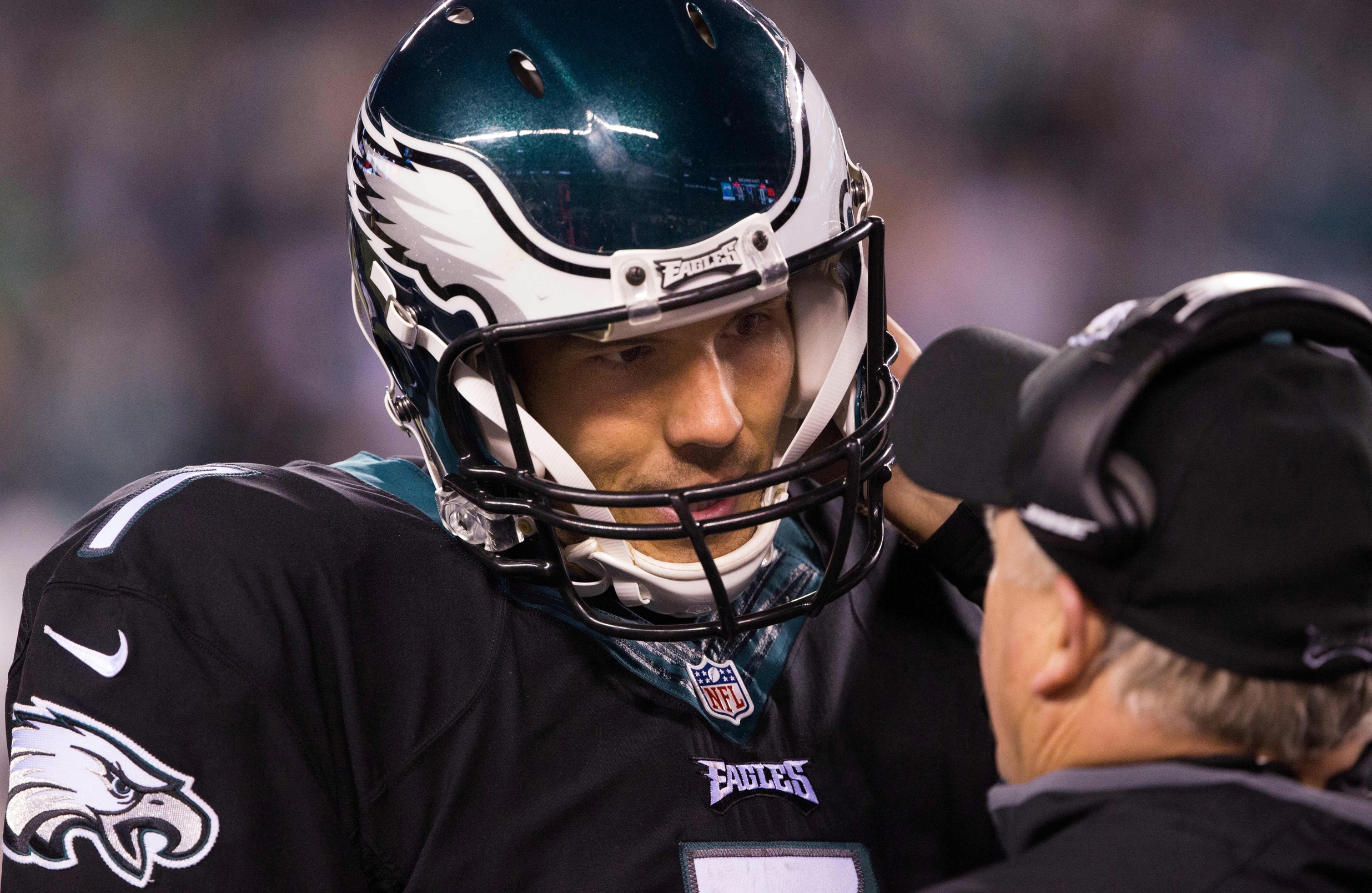 When news broke that Sam Bradford had requested a trade away from the Philadelphia Eagles, a logical landing spot appeared to be with the San Francisco 49ers. The 49ers need a quarterback, and head coach Chip Kelly already has a relationship with Bradford.

Based on a comment made by NFL Network’s Jeff Darlington on 97.5 The Fanatic, it appears that relationship wasn’t a good one:

That the Jets aren’t interested in Bradford is also somewhat of a surprise.

He would have to be considered an upgrade (on paper) to Geno Smith and Bryce Petty, and the Jets do not have anything going currently with Ryan Fitzpatrick. However, perhaps New York doesn’t like Bradford’s injury history and salary or perhaps the franchise is confident a deal will be struck with Fitzpatrick.

That Bradford isn’t interested in playing for Kelly isn’t as surprising.

While his ability to deliver quick, accurate passes was a good fit with Kelly’s offensive system, his inability to escape pressure and immobility in general wasn’t a good fit to begin with.

But perhaps there is more at work behind the scenes. Many of Kelly’s former players with the Eagles haven’t shied away from bashing him, such as LeSean McCoy. Many don’t like his never-stop, go-go-go approach in practice and he has been known to rub plenty of players the wrong way.

Maybe Bradford, who seems like a pretty chilled-out kind of guy, would rather work in an environment that has a slower pace than the frenetic pace at which Kelly runs things.

Regardless of what the reasons are, it appears the 49ers are not, in fact, a good fit for Bradford, whose options appear to be quite limited at the present time.