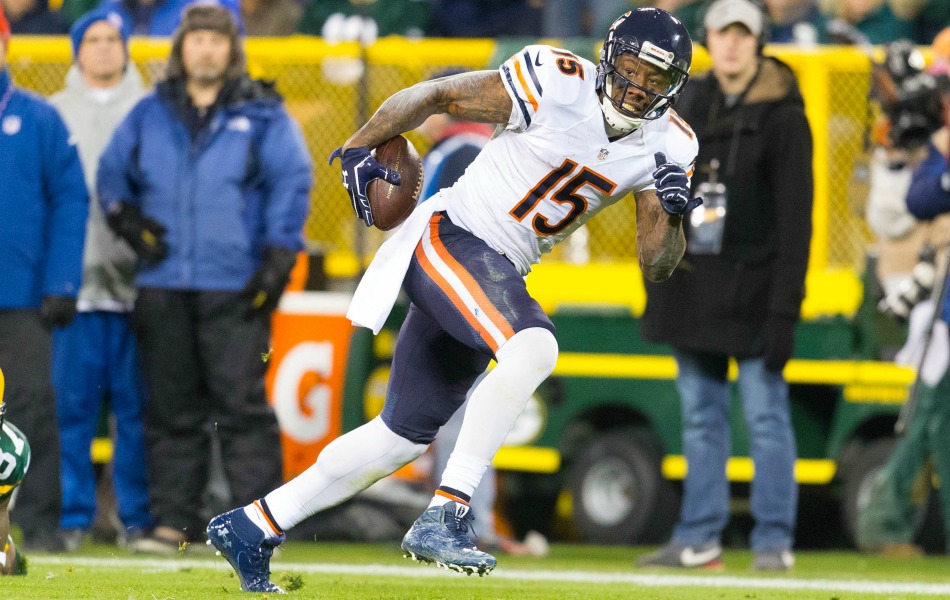 Part four of a nine-part series looking at the best NFL draft picks of the past decade brings us to the fourth round, which is typically a spot where teams still find solid talent.

These are players who were supposed to be picked higher—according to “experts,” anyway—but for whatever reason fell. Fourth-rounders are also guys who may have had loads of talent but played at a small school, so scouts aren’t quite sure how they will stack up against the bigger, faster, stronger men playing on Sundays.

There are the early-Day 3 picks who have all the talent in the world but come with heavy off-field baggage. One star player on this list falls into that category.

All five of the following players have made at least one Pro Bowl, and they’ve combined for 15 such appearances. Three of the five are from the same draft class and have earned first-team All-Pro honors a combined four times.

Continuing the series, here are the five best fourth-rounders of the past decade.

“A kicker? You put a kicker in the top five?” What of it? The dude has been nothing but money for the Patriots starting from Day 1 of his career.

Since coming into the league, Gostkowski is 7-of-8 (87.5 percent) on field-goal attempts to give New England the lead with under 10 minutes remaining in the fourth quarter or overtime in the regular season.

The nine-year veteran has converted on 86.79 percent of his field goals—good for third all-time behind Justin Tucker (89.82 percent) and Dan Bailey (89.76 percent).

Gostkowski has connected at a 93.6 percent rate over the past two seasons. The 31-year-old is only getting stronger with age.

New Orleans Saints guard Jahri Evans received heavy consideration for this spot. He has been one of the best interior linemen for the better part of a decade, touting six Pro Bowls and four All-Pro selections in nine NFL seasons.

But Sitton has outdone him on the field. The postseason accolades do not add up partly due to Evans’ popularity among voters, but Sitton is certainly the better player.

Compiling statistics gathered from Pro Football Focus (subscription required), we see the difference in Pass Blocking Efficiency (PBE). Since becoming a starter in 2009, Sitton has a total 98.3 PBE. He was also the top-rated guard for 2014, allowing 10 total pressures for a 98.7 PBE.

There should be a few more Pro Bowls and perhaps an All-Pro vote or two for Sitton before he retires. If not for Evans, Sitton would likely have many more of both already.

Get ready for stats, because here they come. In 2014, Sproles made his first Pro Bowl by becoming the fourth player in NFL history to record 500-plus punt return yards while averaging at least 12 yards per return after age 30. He is the first player in history to do all that plus take two back for a touchdown.

His 506 return yards last season also gave him 10,423 total for his career, making him the only player in NFL history with at least 10,000 return yards and 5,000 yards from scrimmage (combined rushing and receiving totals).

Sproles (6) also holds the NFL record for consecutive seasons with at least 1,000 kick-return yards to start a career.

And one last stat: His 941 return yards in 10 playoff games are second all-time to Brian Mitchell, who amassed 1,214 in 16 postseason games.

Sproles will be 32 when the 2015 season kicks off. He’s in his second year with the Philadelphia Eagles and, though he’s not a big part of the offense, his contributions on special teams are incredibly important.

The Denver Broncos lost Dumervil to the Baltimore Ravens thanks to a fax machine issue at the deadline of free agency during the 2013 offseason.

Dumervil did not blink when switching from 4-3 defensive end in Denver to 3-4 outside linebacker in Baltimore. In two years with the Ravens, he’s racked up 26.5 sacks, including 17 last year.

The four-time Pro Bowler has 90 career sacks in eight NFL seasons, and he only just turned 31. If Dumervil can remain healthy, he will have no trouble becoming the 32nd member of the 100-sack club, perhaps as early as the 2015 campaign.

Marshall has a long history of legal issues stemming from a borderline personality disorder. His rap sheet is depressing, but considering where he is now, it’s also a testament to his will to overcome.

The 6’4″ wideout leads all members of the 2006 draft class in receptions (773) and yards (9,771), while he’s second in touchdowns (65); the 30 receivers from 2006 have a combined eight Pro Bowl appearances—Marshall has five of them in a class that includes Santonio Holmes, Greg Jennings and Marques Colston.

With all the talent in the world, the only thing that appeared to be standing in Marshall’s way of a potential Hall of Fame career was his off-field issues. Those appear to be behind Marshall, but now he has to deal with a less-than-ideal quarterback situation after the Chicago Bears unloaded him and his hefty contract to the New York Jets this offseason.

At 31, he could realistically have three to four year remaining of real production. Should he keep to his career averages and play three more seasons, Marshall would end his professional days with just over 1,000 receptions and 13,000 yards, tallying about 90 touchdowns.

Seven players in league history have those totals and—as of now—three of them are Hall of Famers. Two others are a sure bet to make it, and the other two could eventually be enshrined, though it may take some time for each to receive the required amount of votes. Marshall could follow in their legendary footsteps.