Part two of a nine-part series looking at the best players from each round of the NFL draft over the past decade focuses on Round 6. These guys were nearly all but forgotten; those players who either showed potential in college but had off-field issues, or those who were thought to be too small or too slow to succeed on Sundays.

All five of these gems proved the experts wrong.

Among them, everyone has made at least one Pro Bowl roster, sharing 11 such seasons combined. One player even earned first-team All-Pro honors.

Four of the five are under contract—the other was recently released after a decade of service spanning two franchises. They have a combined 32 years of NFL service between them.

Here are the five best sixth-round picks of the past decade. 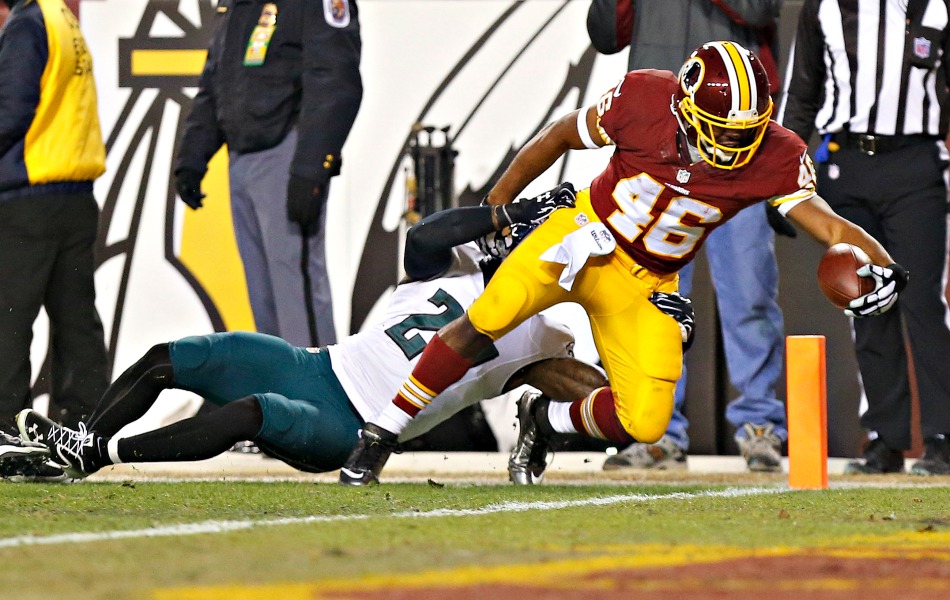 Washington took Morris in Round 6 of the 2012 draft not knowing exactly what role he would play as a rookie.

Would he be a special-teams guy who filled in on offense when someone was injured? Maybe he would show enough during the offseason to earn a third-down and short-yardage role.

What actually happened shocked most in the football world. Despite Tim Hightower—whom the team acquired just one year earlier—and 2011 fourth-round pick, Roy Helu, showing up ahead of Morris on the depth chart all offseason, head coach Mike Shanahan named the rookie his starter for Week 1.

Morris took the opportunity and literally ran with it, crushing the franchise rookie records for carries (335), rushing yards (1,613), rushing touchdowns (13) and yards from scrimmage (1,690).

In three seasons, he has started all 48 regular-season games and topped 1,000 yards every season—another franchise record.

Morris has made the Pro Bowl each of the past two years despite the Redskins struggling to a combined record of 7-25 over that span. At just 26 years old, Morris has a lot of carries left to pile up yardage and franchise records. He’s already sixth on the all-time franchise rushing list. 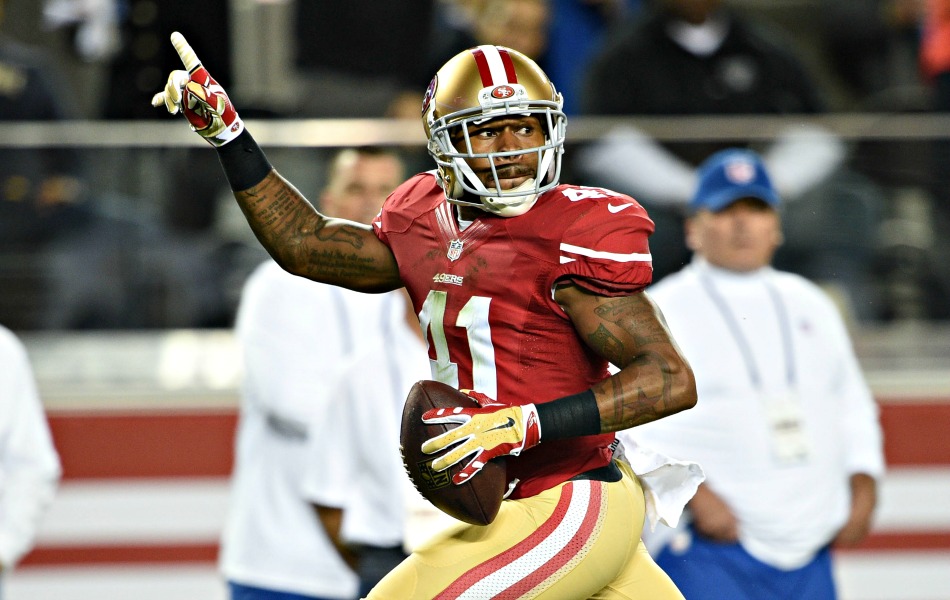 Bethea spent the first eight years of his NFL career with the Colts before signing a free-agent contract with the San Francisco 49ers last offseason. With the Colts, he made two Pro Bowls as the starting free safety (2007, 2009), then was honored with the vote again last season as San Francisco’s starting strong safety.

Pro Football Focus (subscription required) graded him as one of the best safeties in coverage in 2014, and he had the passer rating allowed to back it up. Bethea allowed only one touchdown while picking off four passes and had a 50.2 opposing rating—third among strong safeties.

At 30 years old and with such a physical style of play, Bethea may not have many years left to play. He has the most career interceptions (18) of any safety from the 2006 class; the only other 2006 safety with three Pro Bowl votes is top-10 pick Donte Whitner, the man he replaced in San Francisco. 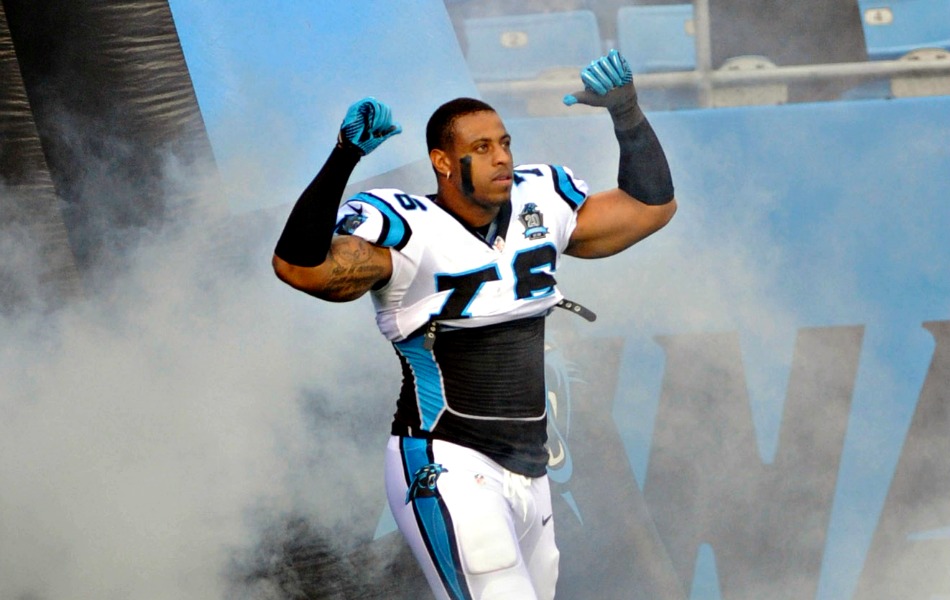 Scouts questioned Hardy’s heart before the 2010 draft, saying in part he needed to “play harder through the whistle,” also adding he didn’t always play well in run defense, “partially due to effort level.”

Despite missing 15 games with an off-field issue last season and playing in far fewer games than his counterparts, Hardy is fourth in his draft class with 34 career sacks; only Carlos Dunlap (Round 2, pick 54, 35.5 sacks), Nkamukong Suh (No. 2 overall pick, 36 sacks) and Jason Pierre-Paul (No. 15 overall pick, 42 sacks) have more.

Hardy is good against the run as well as being a force as a pass-rusher. He has a career Stop Percent of 10.5 percent, which, while not elite, is above the 2014 average of 8.6 percent for 4-3 defensive ends.

As of now, Hardy’s new deal with the Dallas Cowboys is worth $3.2 million. But with performance escalators and per-game bonuses, he could earn up to $11.3 million, according to Spotrac.

It is the ultimate “show-me” contract and should be enough motivation for Hardy to keep his nose clean and put it to the grindstone. NFC East quarterbacks not named Tony Romo be warned: Hardy is coming after you. 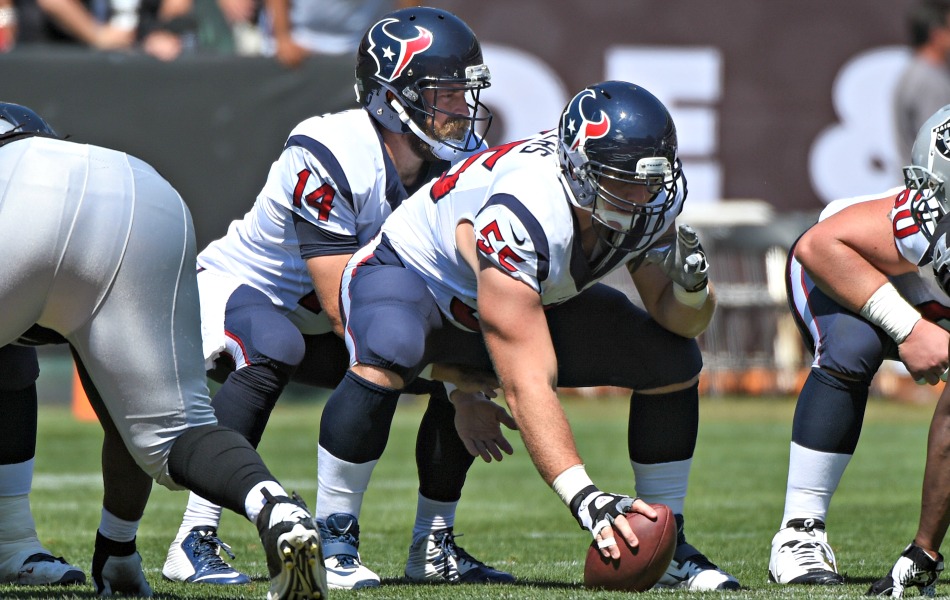 The Houston Texans drafted center Drew Hodgdon out of Arizona State in Round 5 of the 2005 draft. He started eight games over three seasons, then never played again. Meanwhile, Myers sat until 2007, when an injury to Denver Broncos left guard Ben Hamilton gave him an opportunity to start the first five games of the season.

Then center Chris Nalen injured his biceps, forcing Myers to move to center. He started all 16 games for the Broncos that year.

Myers played well enough in 2007 to earn a four-year, $11 million contract from the Texans before the 2008 campaign to start at center. With the Hodgdon experiment not panning out, Houston turned to a college guard who was drafted 49 picks after him.

Myers started every game for the Texans from 2008 through 2014, including two playoff games.

He had been among the best centers in the NFL for the better part of his tenure in Houston. But age—Myers will be 34 before the 2015 season is a month old—and a sinking pass-blocking ability caused the Texans to move on from the two-time Pro Bowler.

If he has a spot on a roster this fall, it could be as depth on a playoff-contending team. But don’t count him out of a starting spot just yet. 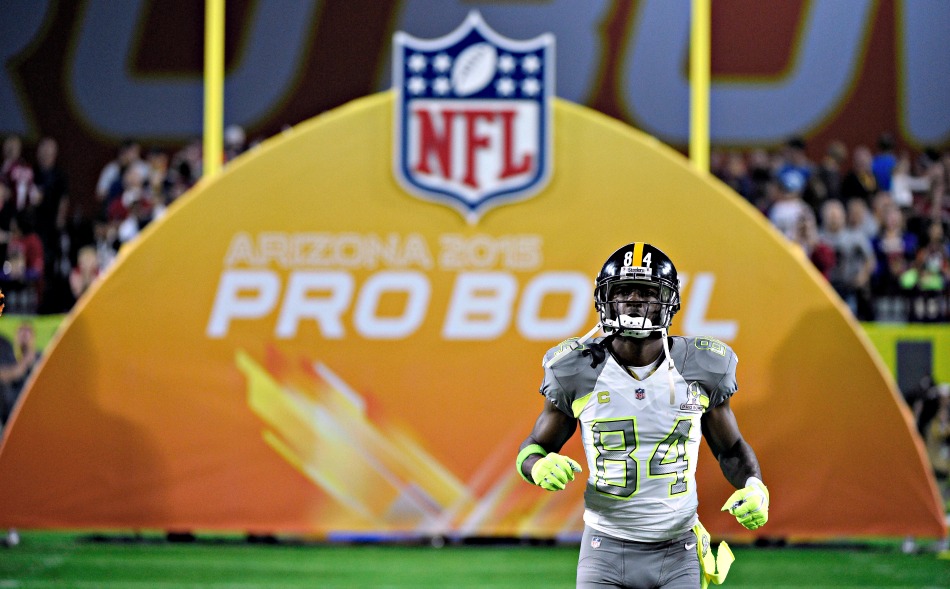 Brown wasn’t even the first receiver drafted by the Pittsburgh Steelers in 2010—former Southern Methodist star Emmanuel Sanders went in the third round to Mike Tomlin’s team.

Twenty-two wideouts were taken before Brown finally heard his name called and, in a stacked receiver class, it’s no wonder everyone passed on him until Round 6. Demaryius Thomas, Dez Bryant, Dexter McCluster, Golden Tate and Eric Decker all went before Brown did.

No receiver from that illustrious class has as many receptions as Brown does.

Brown blossomed in 2013, hauling in 110 passes for 1,499 yards and eight touchdowns. He followed up that impressive year by leading the league in receptions (129) and yards (1,698) while finishing second in touchdowns (13).

But his value extends further than on offense. Brown has three career punt returns for touchdown, including a 71-yard return last season.

He is a threat to take it the distance every time he touches the ball, as shown by his 615 yards after the catch a year ago, according to PFF—third in the league behind two from that 2010 class, Tate (709) and Thomas (668).

It can be argued that the 23rd receiver taken in the 2010 draft is the best at his position. What does it say about the NFL that a 5’10”, 180-pound former sixth-round pick might be the best in the game?