15 NFL veterans that could be released this weekend

Now that NFL teams have to cut their rosters directly from 90 to 53 prior to Saturday’s deadline, there’s going to be a whole bunch of players that hit unemployment at almost the same time. This is the first season that the league has gone to one roster cut. And it’s going to lead to absolute chaos.

But don’t worry about any of that, we have you covered.

From a former Pro Bowl running back in New Jersey to a former second-round pick on the very same downtrodden team, here’s a look at 15 NFL veterans that could be released between now and Saturday afternoon’s deadline.

We already know that the Jets are in full-scale rebuild mode. The team has placed multiple veterans on the trade block, including Forte. The idea here is to continue ridding themselves of veterans in order to acquire a higher pick in the 2018 NFL Draft.

Unfortunately for the Jets, the 31-year-old Forte offers no real trade value. He’s coming off a career-worst season that saw him average just 3.7 yards per rush. He’s also set to count $5 million against the cap in 2017. Look for the Jets to cut him loose and ride Bilal Powell this season. 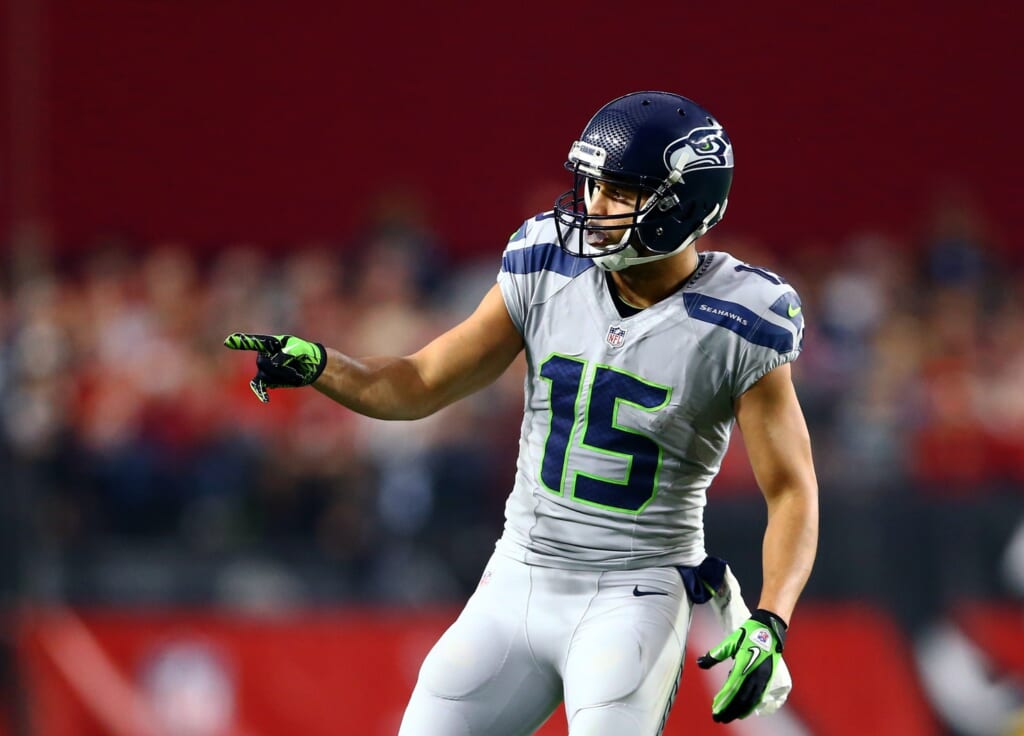 In what can’t be considered too much of a surprise, the Seahawks have already placed Kearse on the trade block. This comes just over a calendar year after the team signed him to a three-year, $13.5 million contract. Kearse, 27, is coming off a 2016 campaign that saw him put up just 41 receptions for 510 yards. He’s also fallen behind Doug Baldwin, Tyler Lockett and Paul Richardson on Seattle’s depth chart. Short of a trade, Kearse will be released.

Martin is still suspended the first three games of the regular season for violating the NFL PED policy. It had led to previous speculation that the Buccaneers might move on from him completely. Without a dead cap hit remaining on the five-year, $35.8 million deal his signed in March of 2016, this is an easy out for the Bucs. For Tampa Bay, it’s all about whether they think Jacquizz Rodgers, Charles Sims and Jeremy McNichols can shoulder the load in the backfield. If so, Martin could be the odd-man out.

From former first-round pick and 16-game starter to the roster bubble. That’s pretty much where this former Clemson standout finds himself heading into the weekend. Anthony has fallen behind other young Saints linebackers. And the additions of Manti Te’o as well as Alex Anzalone has made it even more likely Anthony will be released. He’s been absolutely horrible in coverage over the past two seasons and lost his starting job last year. Short of the Saints being able to trade him, they will likely move on from the linebacker altogether. 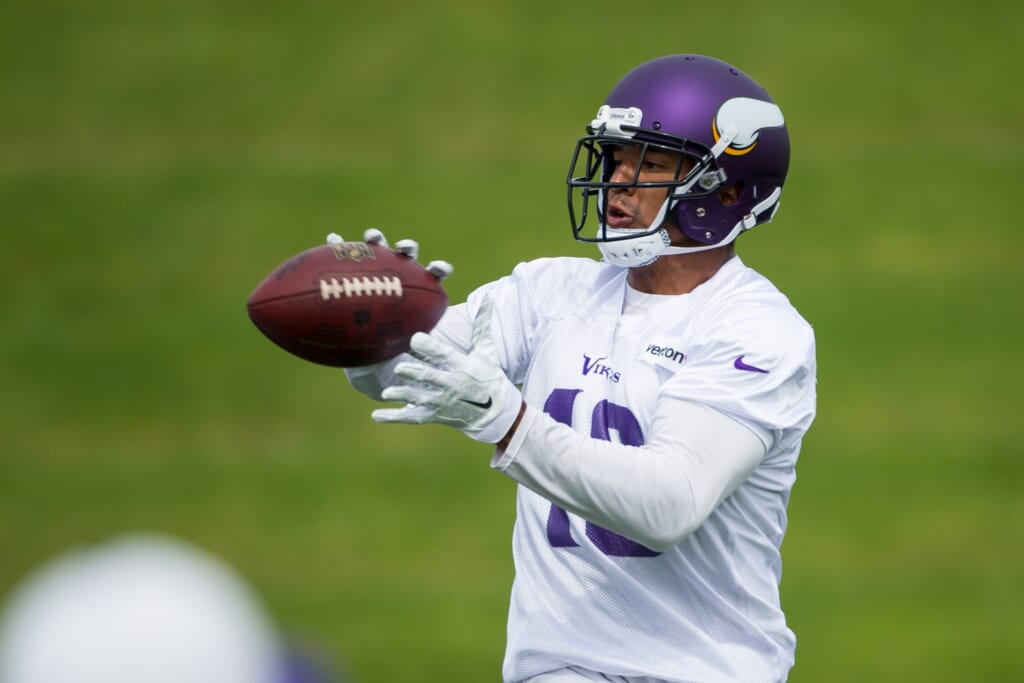 Facing a four-game suspension to start the regular season, Floyd is firmly on the roster bubble heading into the weekend. Not only has he failed to impress during the preseason, youngster Stacy Coley stepped up to the tune of nine receptions for 160 yards in the preseason. Meanwhile, 2016 first-round pick Laquon Treadwell has looked much better than at any point during his rookie season. It’s a numbers game in Minnesota, and Floyd could be the odd-man out.

It’s readily apparent that fellow free agent signing Markus Wheaton has beat out Cruz for the Bears’ primary slot job. Since that’s the case, there’s absolutely no reason to keep this injury-plagued veteran around any longer. Cruz simply has not been the same player since suffering a horrific leg injury back in 2014. Last season saw the 30-year-old veteran catch just 39 passes for 586 yards. Reports are already circulating that Cruz will be released. And even with Cameron Meredith lost for the season, it makes no real sense for Chicago to keep salsa man around.

In some surprising news earlier in the week, it was reported that this second-year player from North Carolina State was a not a lock to make the Patriots’ final 53-man roster. While stopping short of concluding he will be released, the report did indicate that Brissett has not been impressive this summer. With question marks in terms of depth along both the offensive line and defensive lines, New England might very well decide to keep just two quarterbacks. If the team is unable to trade Brissett, placing him on waivers in hopes that he lands on the practice squad could make the most sense here.

Matt Jones has fallen so far in Washington that he spent the summer as the team’s fourth-string running back behind Rob Kelley, Chris Thompson and Samaje Perine. This came after a spring in which Jones himself was used as trade bait in the nation’s capital.

The issue here for Jones has been fumbles. After putting the ball on the turf three times in his first seven games last season, the former Florida star was benched in lieu of the aforementioned Kelley. Now with the Redskins looking to trade him, it would not be a surprise to see this third-year back released altogether. That’s how far he’s fallen from grace in D.C.

The Eagles are reportedly already looking for an upgrade over Blount. He entered training camp out of shape and did absolutely nothing of substance to justify the smallish contract Philadelphia handed him during the spring. At this point, Blount’s future with the Eagles will be dependent on whether the team adds a perceived upgrade either in free agency or via a trade. That’s a far cry from a player in Blount who led the NFL with 18 rushing touchdowns last season. 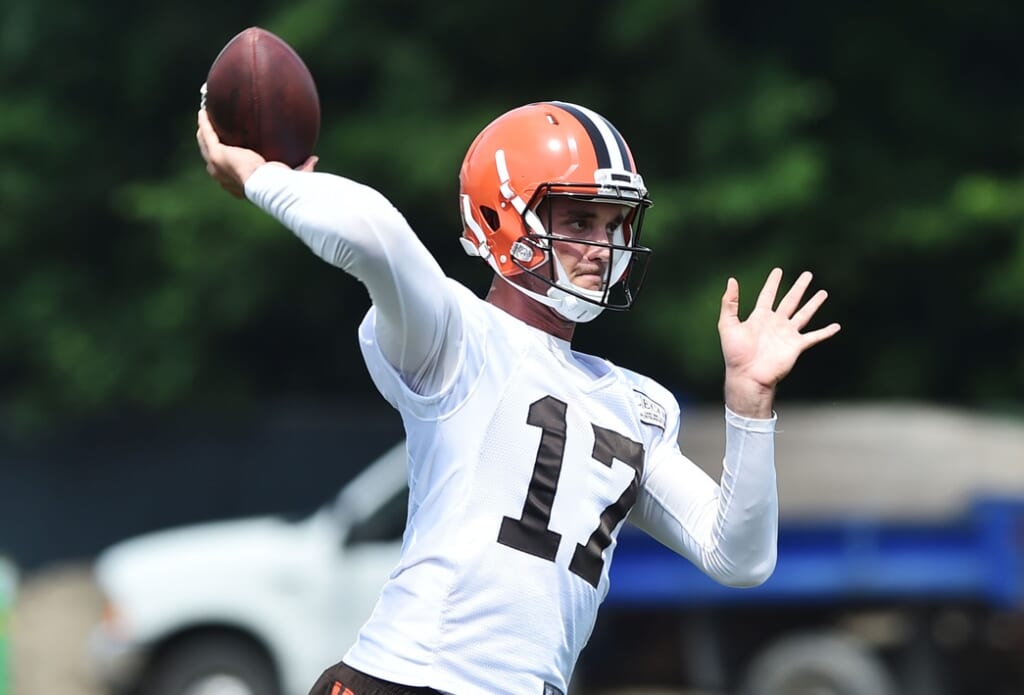 Not only did Osweiler lose out on the starting job, he’s being pushed for the backup job behind DeShone Kizer. In fact, Cleveland tested out both Cody Kessler and Kevin Hogan while sitting Osweiler in the team’s preseason finale on Thursday. And for good reason. Osweiler simply isn’t an NFL-caliber quarterback.

Sure Cleveland would like to trade the high-priced veteran. But no team is going to pay him even half of his $16 million salary while giving the Browns compensation in return. Look for the Browns to eat that entire salary and release the free agent bust this weekend.

If we were to look at Smith’s on-field play last season and during the exhibition slate, there would definitely be an argument for the Raiders to release him. It’s gotten so bad that Smith himself was demoted to the second team during the preseason. But that’s not the only justification for releasing the veteran.

A recent major off-field incident makes it an almost certainty that the Raiders move on from Smith, forcing them to eat the remaining $9.5 million on his salary. Jack Del Rio is running a no-nonsense ship in Northern California. And based on what we’ve seen from Smith both on and off the field, he’s as good as gone.

This could end up being the surprise release of the summer. Sure rookie No. 4 pick Leonard Fournette has struggled with injuries this summer. Sure Ivory was previously being looked at as the short-yardage back. That’s all fine and dandy. But third-year running back Corey Grant looked absolutely tremendous during the preseason. Jacksonville also has a fellow third-year back in T.J. Yeldon that it’s not willing to give up on.

Hurns was a surprise addition to the trade block earlier in the summer. Well, it was a surprise to everyone outside of the Duval area itself. A healthy scratch throughout the preseason, it’s readily apparent that the Jaguars are ready to move on from this former 1,000-yard receiver.

Despite the struggles of Blake Bortles under center last season, some have found a way to blame Hurns for his sub 50 percent catch rate. Couple that with a contract that will pay him $31-plus million over the next four seasons, and the Jags are looking to get out from under this deal. The only thing potentially stopping Jacksonville from releasing Hurns is the $7 million dead cap hit it would take on.

Despite starting nine games for the Seahawks last season, it looks like they might very well be looking to move on from Lane. Along with running back Alex Collins and wide receiver Jermaine Kearse, Lane has been placed on the trade block.

In fact, there’s a chance Seattle could release him outright after exhausting draft picks on Shaquill Griffin and Mike Tyson back in April. Playing under a four-year, $23 million deal, it’s unreasonable to believe another team will take on his contract. That means Lane could be released outright. 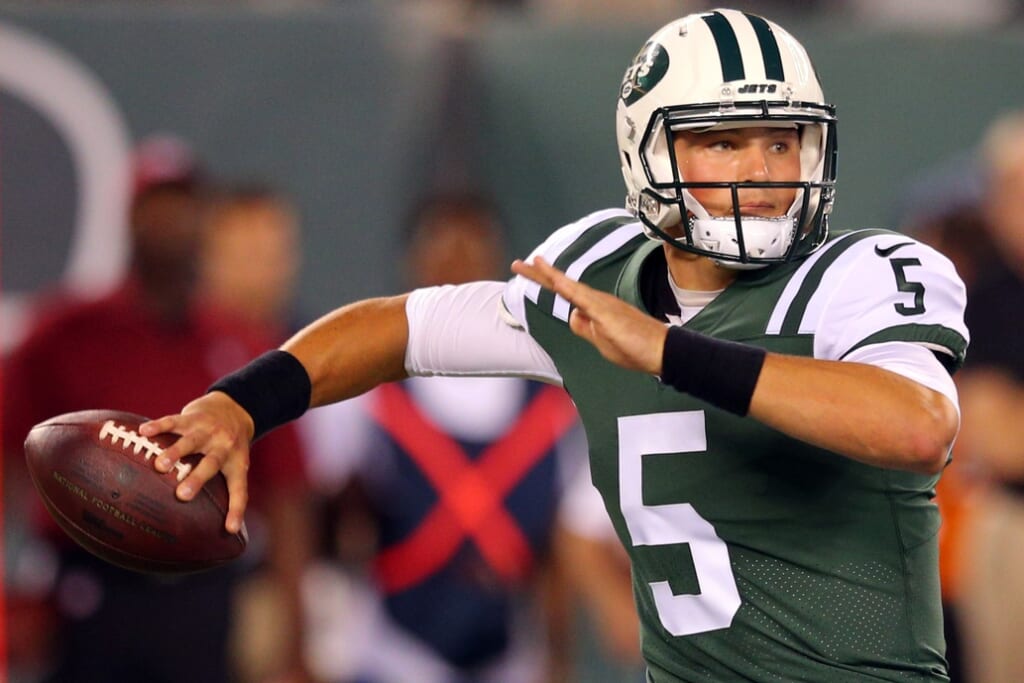 Wouldn’t it be just the Jets’ MO to move on from a project quarterback after just two seasons? This could very well be the case depending on how long Bryce Petty is out for with a sprained MCL.

To say that Hackenberg has struggled with the nuances of the NFL would be an understatement. And just two years removed from starring at Penn State, he simply doesn’t look like an NFL-caliber quarterback. In fact, it would not be a shocker to see the Jets release Hackenberg while adding a veteran off the street. This is how bad he’s been in New Jersey since the team made him a second-round pick back in 2016.