Breaking down 14 most significant NFL injuries of training camp

Every year, the outlook of the entire league changes during training camp. This usually has less to do with positional battles or preseason games than with something else: injuries.

This year, we’ve had no shortage of consequential injuries. Two quarterbacks on playoff hopefuls have gone down, along with a bevy of starters. The league has already changed and the preseason has barely begun.

Here are the 14 most impactful NFL injuries of training camp.

Tannehill suffered a partially torn ACL in his left knee — which was already injured last season. Right now, it looks like he’ll be out for the season, something that seems even more likely after Miami brought Jay Cutler out of retirement on Monday morning.

Cutler is certainly a downgrade from Tannehill, but things could be worse. Miami could still be a playoff contender with Cutler, but the margin of error is thinner. Cutler is an injury risk himself as well as being much older. He’s also coming out of retirement and throws a lot of interceptions. Tannehill’s injury could be the most important of training camp.

It remains unclear exactly how bad Flacco’s injury is, with recent reports indicating he could be ready for Week 1. However, the Ravens are a team on the fringe of playoff contention. If Flacco misses a week, that could be the difference between Baltimore making it and falling short.

The immediate impact right now seems to be the Ravens looking at signing Colin Kaepernick as a backup. Though they haven’t pulled the trigger, that could change if Flacco’s situation gets worse as Baltimore doesn’t have a good backup on its roster.

Dixon is out for the season with a meniscus injury, muddying an already bad situation in Baltimore’s backfield. With him gone, it looks like Terrance West could carry the brunt of the load for the Ravens, though Danny Woodhead has a chance to win the job.

That isn’t exactly a great situation. West averaged only 4.0 yards per carry last season, and it was a career high. Woodhead is a major injury risk and even if he stays healthy, has been a third-down back for most of his career. Dixon wasn’t going to give Baltimore a great running game, but things look even worse without him. 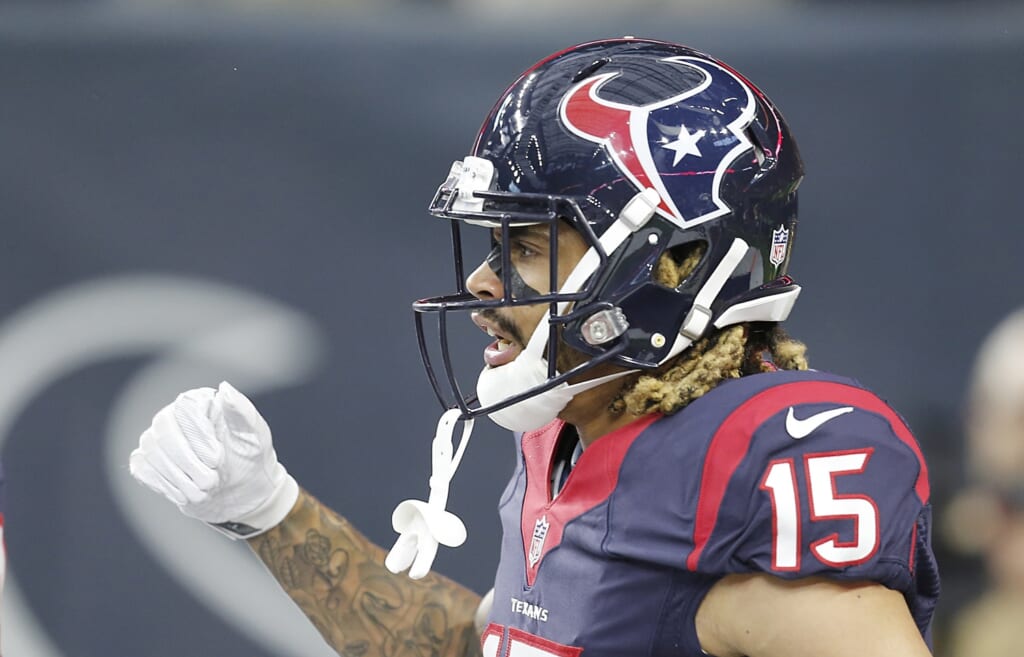 Fuller is expected to be back around Week 5 with a collarbone injury, but it could be as late as Week 8. Without him, the Texans have much less depth behind DeAndre Hopkins at wide receiver. Jaelen Strong and Braxton Miller have their work cut out, for sure. Given that they could be starting the season with a rookie quarterback in Deshaun Watson, the wide receiver position is more important for Houston than ever. Without Fuller, they’ll be starting the year with a handicapped passing game.

Lamp, the Chargers’ second-round pick, is out for the season with a torn ACL. This is a huge blow to a team that was trying to rebuild its offensive line around him and Dan Feeney after injuries decimated it over the past couple years. Now, Matt Slauson has to move to guard with the unreliable Spencer Pulley inserted at center. This could set their offensive line back not just for this season, but years into the future as Lamp’s development will be set back by this.

Lamp isn’t the only Charger draft pick to go down during training camp. Mike Williams, whom the team picked seventh overall, is out with a back injury for an unknown period of time that could stretch for the entire season. Keenan Allen — returning from an injury himself — and Williams figured to be a great pair for Philip Rivers to throw to. Unless Williams comes back sooner than expected, that’s already in jeopardy for this season.

Easley is quietly a pretty good run defender for the Rams, putting up an 80.2 PFF grade last season. Now, he’s out for all of 2017 after tearing his ACL. Los Angeles doesn’t exactly have high aspirations this season, but losing Easley makes it a little less interesting and competitive. He could well have been a breakout star this season in Wade Phillips’ 3-4 scheme. Now he’s gone. 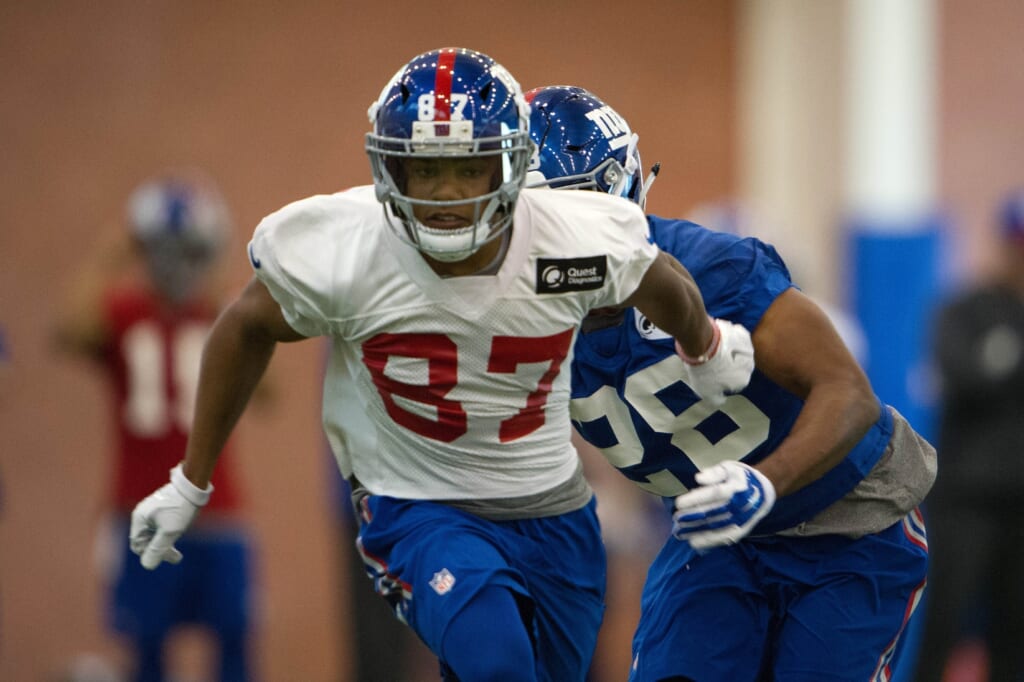 When Shepard’s injury was initially reported, there was fear of an ACL or Achilles tear. It ended up being a low ankle sprain, giving Giants fans a sigh of relief, as Shepard will likely miss minimal — if any — time in the regular season. However, if Shepard does miss time or aggravates the ankle further, it will matter a lot. The Giants have one of the best receiving corps in the league with Odell Beckham, Shepard and Brandon Marshall. Subtract Shepard from that equation and they’re just another team.

Nobody seems to know exactly what McDowell’s injury — sustained in a “vehicular accident” — is. After a statement was issued saying the injury isn’t career or life-threatening, well, it doesn’t exactly look good. McDowell figured to be a solid pass rusher for Seattle in his rookie season and a piece of their defensive line for years to come. It now looks like all of that could be in doubt, a scary prospect for McDowell and the Seahawks alike.

Smith is out for the year with a torn pectoral, the biggest impact of which could be that rookie linebacker Reuben Foster figures to start immediately. This is a rare instance in which an injury accelerates something that was already going to happen. Foster, the 31st pick in the draft, is a serious breakout candidate this season. It’s likely he’ll be better than Smith was going to be, and this injury only gives him more playing time.

Foster had some red flags coming into the draft, but at Alabama he displayed absurd skill in coverage and as a run defender. Expect him to do well in Smith’s absence.

Davis’ injury doesn’t look that bad after an MRI on his hamstring. Head coach Mike Mularkey put the timeframe at “at least a week, maybe longer,” so expect the Western Michigan product to be on the field by the end of preseason. However, the rookie’s injury could end up being consequential if it gets worse. These situations are usually volatile and could change on a dime. It’s possible the Titans limit him early in the season to try and avoid that as well. We’ll have to wait and see. 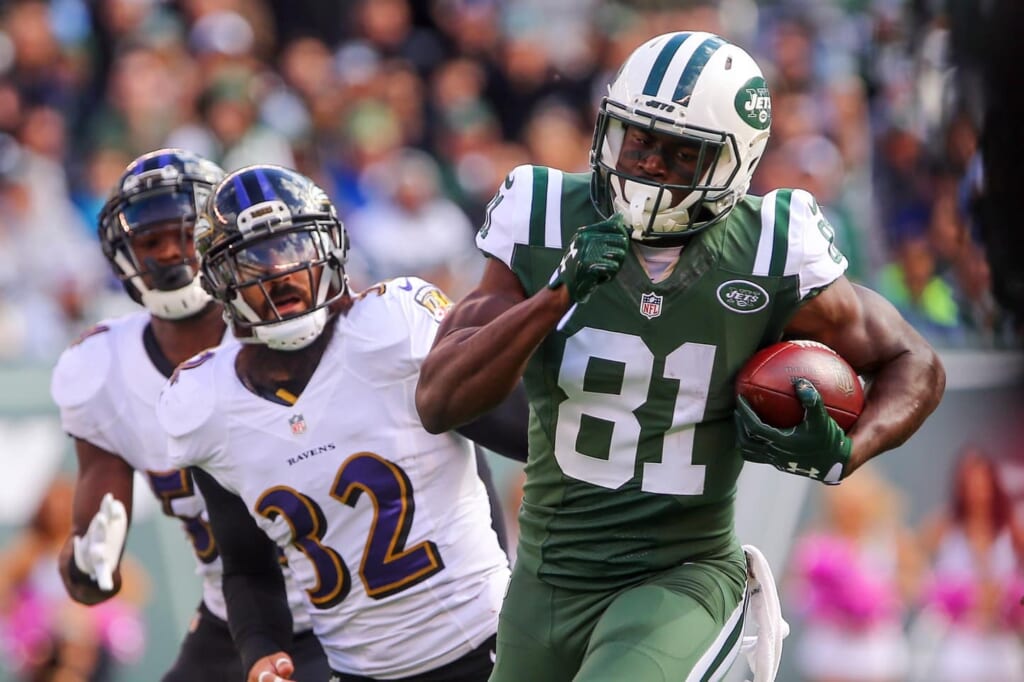 The news came down today that Enunwa is out for the year with a neck injury, firmly cementing the Jets as having the league’s worst passing game. With either Christian Hackenberg, Bryce Petty or Josh McCown under center throwing to a group that features Robby Anderson as its best player, it’s hard to see how the Jets gain much through the air this season. Expectations weren’t high for New York, but they could now be looking at 2-14 as a ceiling.

Larsen is reportedly out at least eight weeks with a torn biceps, and the Dolphins will feel his absence. Without Larsen, Miami is left without a reliable player at guard, assuming Laremy Tunsil makes the move to left tackle. Given the injury risk associated with Jay Cutler, that could end up mattering big time if the Dolphins have to turn to Matt Moore to win them games during the playoff race.

Ansah landed on the PUP list last week, but it doesn’t seem to be that serious. If he does miss time, it could be consequential. Ansah is perhaps their best pass rusher, even after a down year in 2016. He’s expected to be fine for Week 1, but given that Detroit’s defense is being held together by Elmer’s Glue right now, it’s worth keeping an eye on Ansah’s status during the preseason.