12 NFL players who are criminally underrated

With the free agency flurry slowing down a bit, we will now shift focus to some NFL players who are simply not getting enough love. Under-appreciated and underrated, the following guys should start turning heads in 2018.

Some players we discuss here are playing out the final years of their contracts. This means huge raises could be on the line. Meanwhile, there are some guys here who are putting up better numbers than some of their peers who are earning way too much money.

Here are 12 NFL players who fall well within the underrated category.

Selected in the fifth round of the 2017 NFL draft, Taylor’s rookie campaign consisted of 43 receptions for 430 yards and two touchdowns. While this does not seem very wowing, Taylor did catch 71.7 percent of his targets. He should continue to build on this success playing an entire season with quarterback Jimmy Garoppolo. Outside of re-signing wide receiver Marquise Goodwin, the 49ers did not bring in any big name-brand receivers in free agency. It’s likely that the team believes that Taylor is worthy of a larger role in 2018.

All the hype surrounding the Bengals running backs last season focused on Joe Mixon. But, the youngster hardly impressed after rushing for just 626 yards and four touchdowns at a pace of just 3.5 yards per tote. All the while, Bernard was actually the more effective back, averaging 4.4 yards per carry. Utilized in the passing game, Bernard impressively caught 71.7 percent of his targets for 389 yards and two touchdowns. He has been a staple on the Bengals offense since 2013. And, he is only 26 years-old. With running back Jeremy Hill out of the picture and Mixon under-producing, Bernard should be the featured running back.

There was not a lot to enjoy from a Colts offense that averaged a mere 16.4 points per game along with the second-lowest yardage total last year. But Doyle was a bright star, recording career-highs with his 80 catches and 690 yards. We would like to think his production could skyrocket with the presumably healthy return of quarterback Andrew Luck. Luck has always favored keeping his pass-catching tight ends. It’s also worth noting that Doyle’s career average catch rate of 78.34. Yet, the underrated tight end’s name doesn’t exactly come up when discussing the elites at his position. 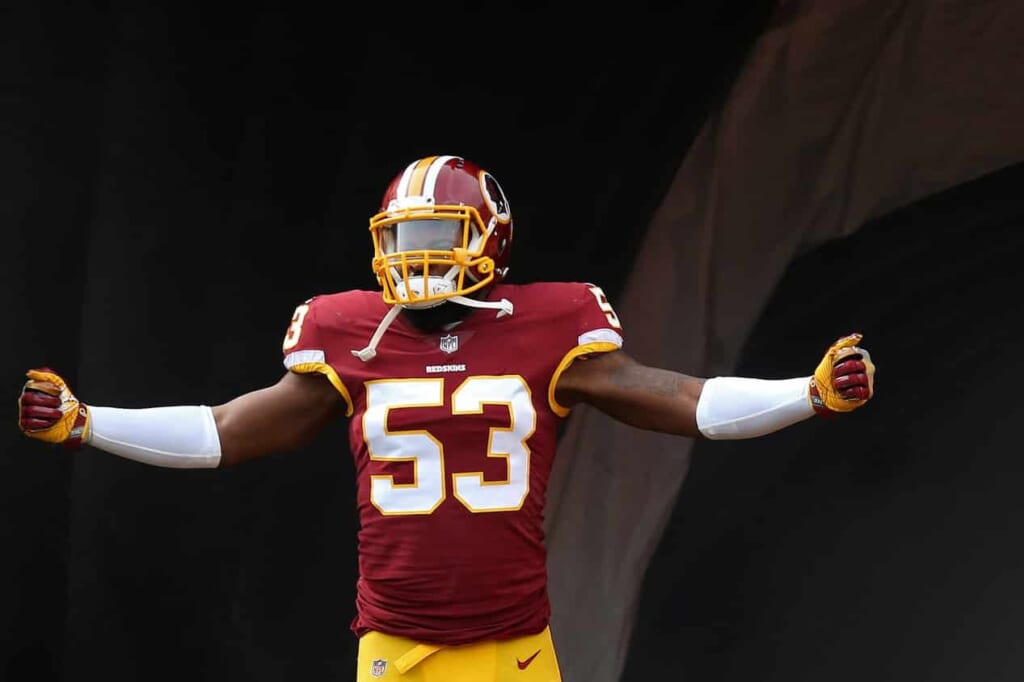 Brown put up a great campaign last year after signing on with Washington when he recorded 127 combined tackles, 2.5 sacks and two defended passes. Unfortunately due to a knee injury, Brown missed three games and the opportunity to add to these stats. Brown had hoped to find a club that would have paid him “like a top-3 inside linebacker,” but that did not happen. Instead of inking a $10 million per-year deal, Brown settled and re-signed with Washington for three years at $21 million. If Brown can stay upright and keep generating monster plays in 2018, he will provide quite the bang for Washington’s buck.

What better way for Patterson to shed some of his irrelevance than play with the Patriots? Patterson makes for one of the newest wide receiver additions to a Patriots roster that recently lost both Danny Amendola and Brandin Cooks. With blazing speed, Patterson has always been incredibly dynamic with the ball in his hands, dating back to his days with the Minnesota Vikings. Patterson has maintained a career-average of 10.3 yards per carry when running the ball. As for receiving, Patterson caught 73.8 percent of his passes this past season with the Oakland Raiders. If given more opportunities to line up on offense, we would like to think Patterson could thrive playing with the likes of quarterback Tom Brady.

It is time to start showing Tate some more love as he plays out his final contract year with the Lions. Heavily peppered with targets, Tate caught a career-high 76.7 percent of all passes thrown his way last season. For comparison sake, Dallas Cowboys wide receiver Dez Bryant caught only 52 percent of his targets. Yet, Bryant continues to make elite receiver pay while Tate earns only $6.2 million per year on average. He deserves some recognition and will be worthy of a fat raise after recording at least 1,000 yards in three-of-four of his years playing in Detroit. Another productive campaign will have Tate turning other teams’ heads once free agency approaches in 2019.

While the Ravens’ offense was typically sputtering with quarterback Joe Flacco under center last year, Collins was making a name for himself. Throughout 15 games and 12 starts, the former Seattle Seahawk racked up a total of 973 rushing yards and six rushing touchdowns. He also maintained an average of 4.6 yards per carry. In addition to that sweetness, Collins caught 23 passes for 187 yards. But, not many folks are discussing Collins despite his 1,160 total yards in 2017. That will change if Collins can distinguish himself ahead of teammates Buck Allen and Kenneth Dixon this upcoming season.

Not re-signing their most productive cornerback might come back to bite the Indianapolis Colts. Instead, Melvin took his three interceptions, 13 defended passes and 36 combined tackles to Oakland where he should hopefully keep trending upward. Last season marked Melvin’s best year to date since being selected by the Miami Dolphins in 2014. Though because of a wrist injury that caused him to miss six games, the Raiders got Melvin at a steal of a one-year $6.5 million deal. The 28-year-old corner will be out to prove in 2018 that he is not just a one-hit wonder. 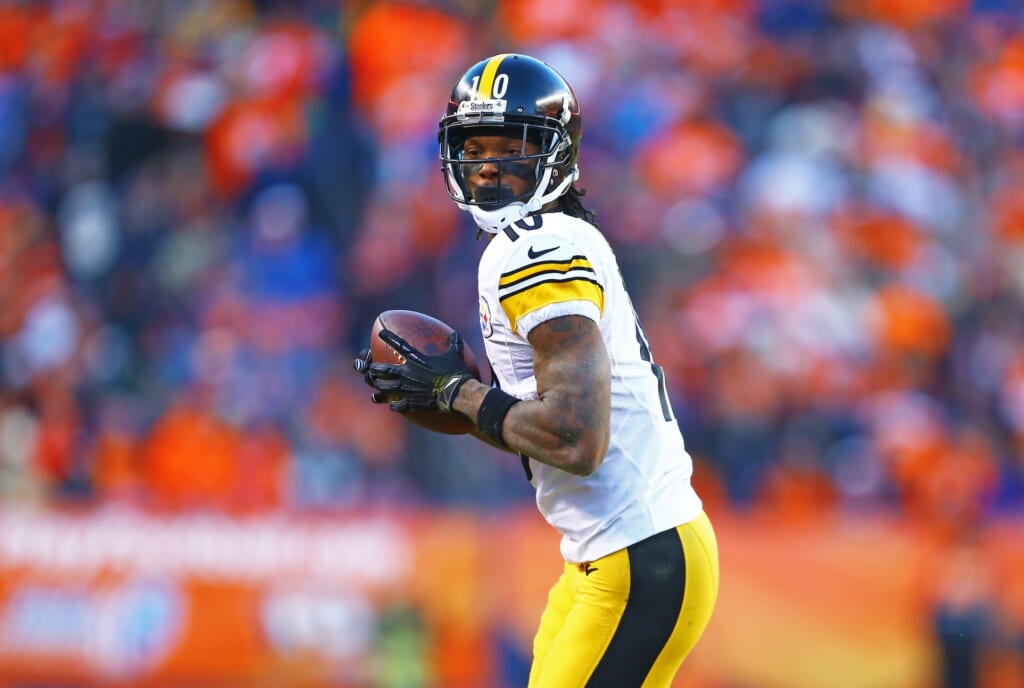 There were trade talks buzzing last season after Bryant expressed upset feelings about taking a backseat behind Antonio Brown and JuJu Smith-Schuster. A trade could still send Bryant to a team where he receives a more featured role, but the Steelers have been disinclined to such a deal. This would be ideal for Bryant, because he does have the ability to make some tremendous plays. He has averaged 15.2 yards per reception throughout his three seasons thus far. This included a rookie campaign that saw Bryant put up eight touchdowns on just 26 catches. If he remains with the Steelers he will likely be a third wheel again.

Another guy that takes a backseat on his team is Smith, who finally saw some significant action in 2017. He was brought from the bench to keep the offense going while Ezekiel Elliott served his six-game mandated suspension. During which, Smith tallied 232 rushing yards and four rushing touchdowns on just 55 attempts. He also caught 19 balls for 202 yards and one score. Of course this will all sit on the shelf, just like Smith, will when 2018 rolls around. Despite his handy work on the field, Smith will resume his change-of-pace role behind Elliott this year.

Tucked behind Doug Baldwin on the depth chart last year as a Seahawk, Richardson was still able to record 703 yards and sneak in six touchdowns. He also averaged a stealthy 16 yards per catch. Richardson is a bit of a diamond in the rough and could totally flourish in his new east coast environment. This would see him catching passes from one of the most accurate and mistake-free quarterbacks in the league. Alex Smith completed 67.5 percent of his passes last season. With fellow receivers Jamison Crowder and Josh Doctson not exactly lighting it up in D.C., Richardson might just be the receiver that rises to the top in Washington.

After playing for the Buffalo Bills for four seasons, Brown now joins the Bengals after signing a one-year deal. Perhaps under-appreciated by the Bills after he led the league with 144 combined tackles, Brown heads to a team “where he feels wanted.” Brown will now help beef up a linebacker group that allowed the third-most rushing yards in the league in 2017. The Bengals already have Brown — who has yet to miss a game — penciled in at starting middle linebacker ahead of Vincent Rey.