In 2017, some NFL rookies really made their mark and exceeded expectations. At the same time, others failed to impress or were simply not given enough opportunities.

As the 2018 regular NFL season inches closer, these players, now in their second seasons, will be looking to make a bigger name for themselves. The hope for some of the guys we cover here is they simply stay healthy. As it pertains to others, new head coaches and larger roles should help transform some of last season’s rookie class into superstars.

Whatever the situations were last year, the following second-season players should be primed to explode in 2018.

The Bengals went all in on Mixon only to underutilize him in 2017.

Mixon finished his rookie campaign averaging just 12.7 attempts and 44.7 rushing yards per contest. This is after he tallied 2,921 scrimmage yards and 26 touchdowns in his two years playing in Oklahoma.

These were definitely not the numbers expected from the running back. Instead, Cincinnati’s rushing offense ranked 31st in total yards last season. With nowhere to advance but up, expect the Bengals to take the training wheels off of a leaner Mixon, who should tear things up in 2018. 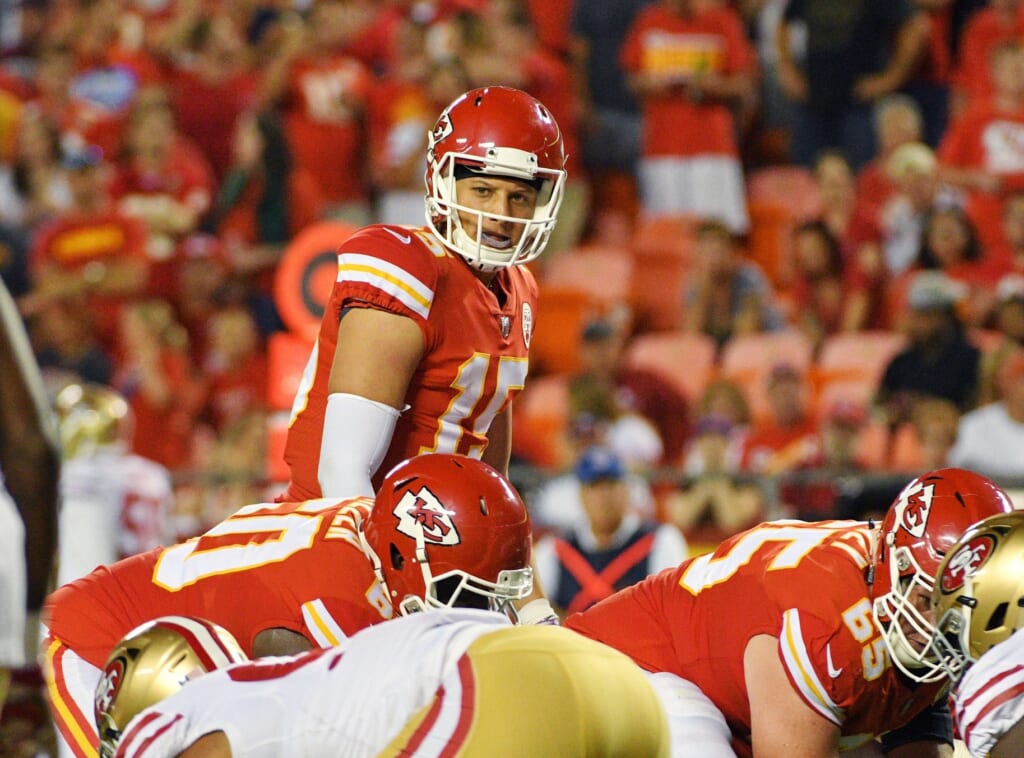 Mahomes, whom the Chiefs traded up to snare at No. 10 last year, is the next man up in Kansas City. The second-year quarterback earned the nickname “The Gunslinger” in college while he tallied 11,252 passing yards and 93 touchdowns during his three years at Texas Tech. Mahomes, who is extremely athletic, also scored 22 touchdowns by foot.

As a rookie, we saw Mahomes complete 62.9 percent of his passes for 284 yards while the Chiefs rested former quarterback Alex Smith in their final 2017 game. It was enough of a sampling for Chiefs fans to be excited about the future as the team gears up for its new face of the franchise to take it to the next level.

If Thomas can make a healthy run this year, the 22-year-old defensive end stands to potentially double some of his rookie stats. Throughout 14 games in 2017, Thomas registered three sacks and 41 combined tackles. He also had one fumble recovery. The plan for 2018 is for Thomas to receive more pass-rushing opportunities on early downs.

Thomas was selected out of Stanford third overall in 2017 to help bolster a 49ers defense that ranked worst in the league the previous season. Fortunately, Thomas’ efforts, in combination with those of his teammates, boosted the 49ers defense up eight notches this past season.

Look for this team in its entirety, to keep trending up.

The Chargers drafted this Clemson product seventh overall in 2017 after he recorded 1,361 yards and 11 touchdowns in 2016 for the national champs. Sadly, Williams disappointed in a big way, as he never fully got back to full health following a disc herniation he suffered in minicamp.

Participating in 10 games while starting only once, Williams racked up a mere 11 catches for a total of 95 yards in 2017. He also dealt with a knee injury that occurred in the team’s Thanksgiving game.

The expectation for 2018 is Williams will assume a larger role playing opposite of Keenan Allen. If Williams can stay healthy, he will be a tremendous asset, especially on an offense that already lost tight end Hunter Henry for the year. 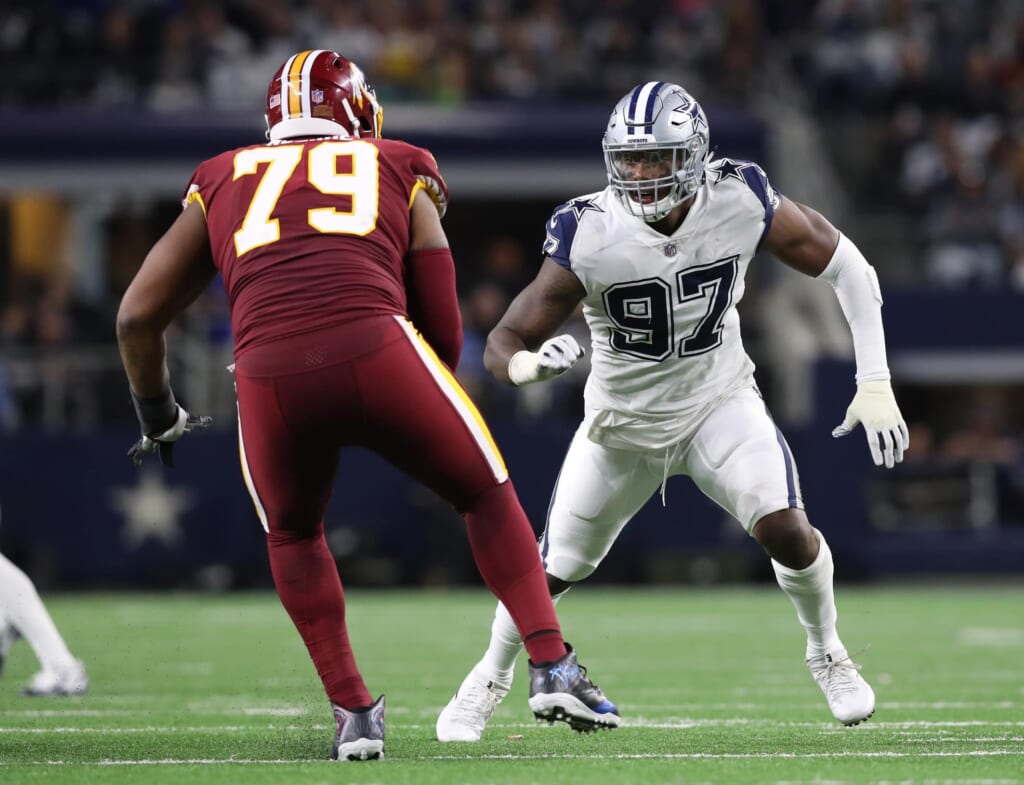 The Cowboys surprised many last year when they drafted Charlton 28th overall out of Michigan, even though he completed his senior year with 10 sacks and 40 combined tackles.

Charlton then got off to a slow start as a rookie. It took until Week 9 for Charlton to register his first sack. He completed 2017 with a total of just three sacks and 19 combined tackles.

Though, pouring it on thicker towards the latter half of the season was a plus on Charlton’s part. He is poised to continue progressing as he matures in his sophomore season.

Trubisky held his own in his rookie year after taking over as the starter in Week 5. He finished the season completing 59.4 percent of his passes for 2,193 yards, seven touchdowns and seven interceptions. He also added 248 rushing yards and two scores to his stats. With much room to improve, Trubisky should do just that working with new head coach Matt Nagy in 2018.

Nagy arrived to Chicago after serving as offensive coordinator for the Kansas City Chiefs. As we all observed, former Chiefs quarterback Alex Smith thrived under Nagy’s leadership. Now, it is Trubisky’s turn to become Nagy’s pet project. His productivity should skyrocket this fall. 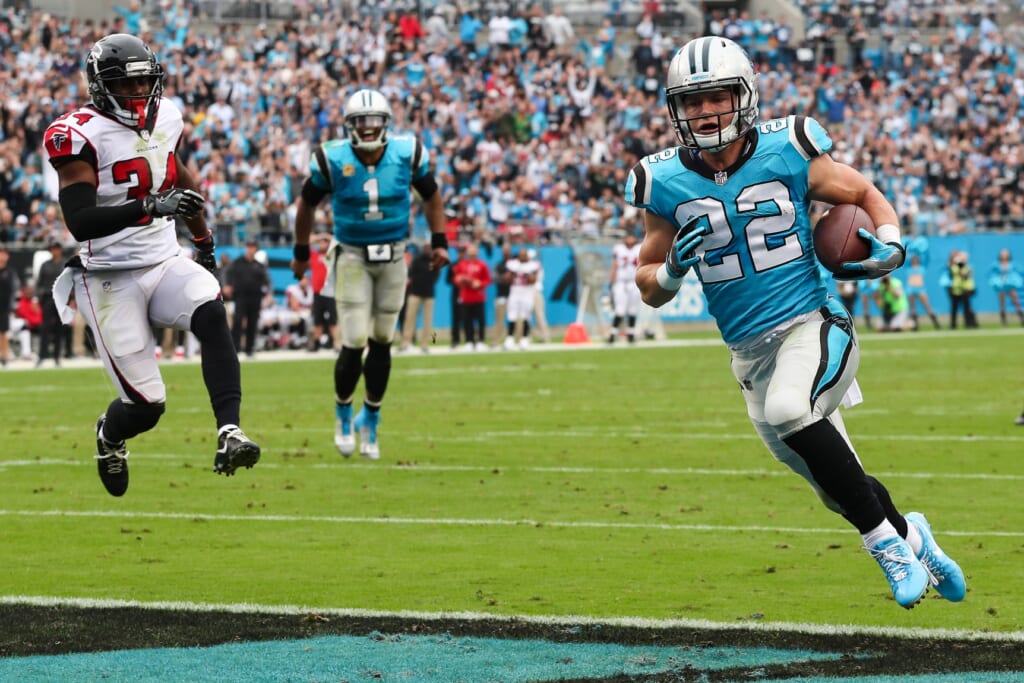 It might be somewhat puzzling to find McCaffrey listed here. But the truth is, McCaffrey’s 435 rushing yards accomplished as a rookie were a heck of a lot less than most expected. The Stanford speedster was instead utilized more in the receiving game, catching 80 of his 113 targets for 651 yards and five touchdowns.

Heading into 2018, offensive coordinator Norv Turner said McCaffrey could garner as many as 25 to 30 touches per contest. This is a significant upgrade compared to the 12.3 touches McCaffrey averaged as a rookie.

Davis did not exactly have that dazzling rookie season many predicted. The Titans selected Davis fifth overall in 2017 after he racked up 1,500 yards and 19 touchdowns at Western Michigan in 2016.

Instead of a stellar rookie run, Davis dealt with injuries and inconsistencies across the board. He finished 2017 with a mere 375 receiving yards and zero touchdowns. But, a two-touchdown postseason performance this past January should have Davis fans feeling hopeful.

Davis is a talented receiver whose numbers should improve immensely with hopefully more quarterback consistency in 2018. 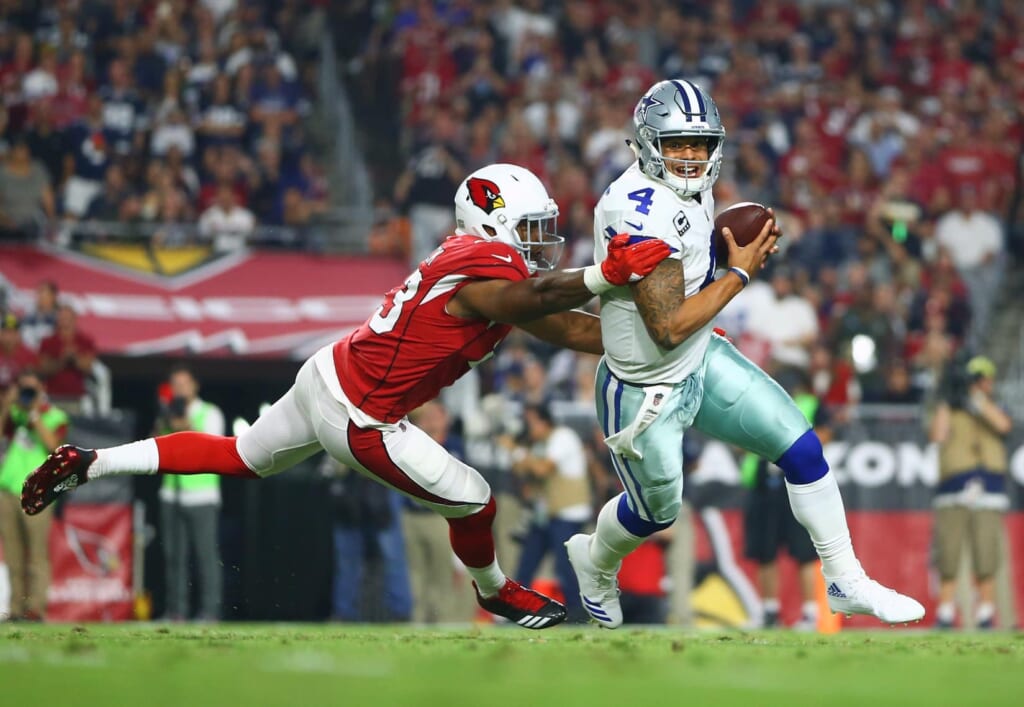 As a rookie, Reddick moved about from inside to outside linebacker and was inconsistent at both positions. He started the season hot after managing 15 combined tackles in his first two games. Then his numbers began to plummet. As a starter all season, the Cardinals 13th-overall pick finished the year with just 32 combined tackles and 2.5 sacks.

Pro Football Focus rated Reddick 47.6 among the league’s linebackers after a bumpy career start. Reddick, who was highly-ranked prior to his draft, should hopefully launch his performances to the next level.

Browns fans should expect bigger things out of last year’s 29th-overall pick. So, look for Njoku to improve on his 32 receptions, 386 yards and four touchdowns he managed as a rookie. Taking into consideration the Browns’ quarterback carousel last year, Njoku’s numbers were not too shabby.

Entering 2018, Njoku’s quarterback situation is much more stable. This will provide the former Miami star a high ceiling to potentially double his rookie stats. Keep in mind, the Browns selected Njoku after he tallied 698 yards and eight touchdowns in his final college year.